Bust Out of Holiday Calorie-Buzz: Meet Your Nutritional Needs to Run Smarter and Happier — ATRA 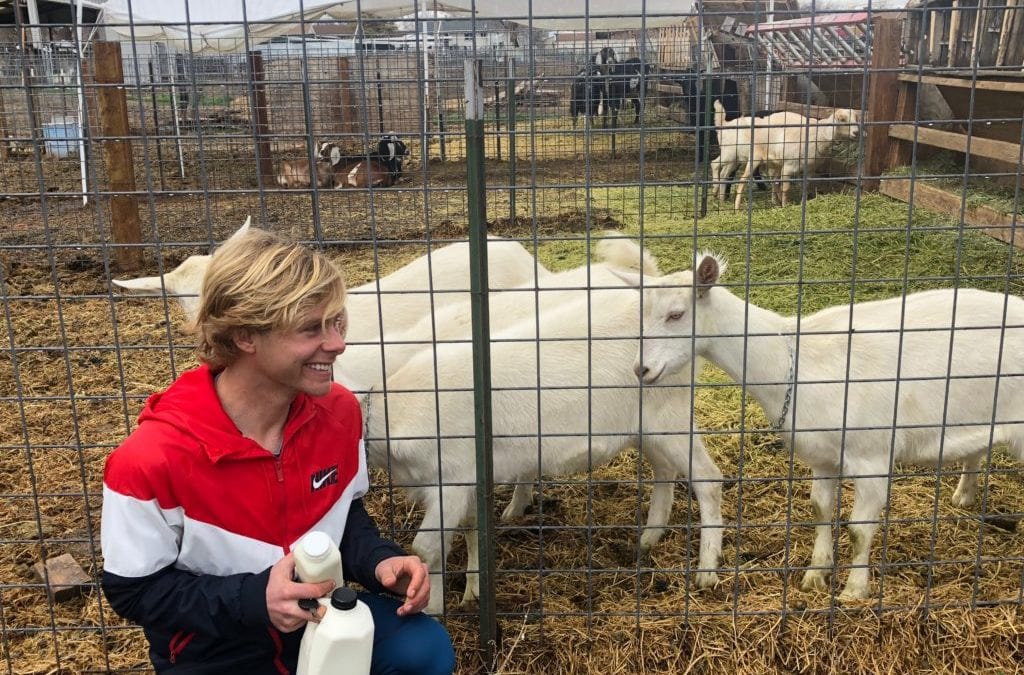 As the holidays approach, so do the familiar smells and flavors reminiscent of the season. Those of turkeys (or Tofurkies), mashed potatoes, stuffing, eggnog, gingerbread cookies, and pumpkin pie. Surrounded by delicious food, many of us will inevitably start to think about the negative effects of too many calories. Maybe it’s reasonable to skip that third helping of pumpkin pie and avoid a post-holiday-dinner food coma, but as runners, we should not focus too much on restricting our caloric intake. Many runners, from beginners to elites, don’t meet the energy needs of their training and are prone to a condition defined by nutritionists and sports physiologists as RED-S, Relative Energy Deficiency in Sport. The condition is largely associated with endurance athletes and describes the impaired physiological functions of athletes due to inadequate nutrition. Learning how to avoid RED-S can help us train smarter, perform better, and run healthy.

The International Olympic Committee introduced the term RED-S in 2014 as an evolution of the concept of the “Female Athlete Triad.” This term describes three aspects of impaired physiological and psychological dysfunction associated with nutrition deficiency in athletes: disordered eating, loss of menstrual cycle, and poor bone health or osteoporosis. This model, however, did not well describe the effects of energy deficiency in male athletes or many of the other impaired physiological functions resulting from inadequate nutrition that scientists have since recognized. RED-S accounts for many impaired functions including cardiovascular, metabolic, endocrine, gastrointestinal, growth and development, and psychological disturbances. Furthermore, RED-S describes how males are susceptible to all of these dysfunctions and highlights reproductive problems, poor bone health and eating disorders as serious health issues facing male athletes today.

Who’s at risk for RED-S?

Dr. Margo Mountjoy, member of the International Olympic Committee’s Medical Commission and chair of FINA (Fédération Internationale de Natation) Sports Medical Committee describes a red, yellow and green light protocol for diagnosing athletes with RED-S. In the photo below, one can see examples of “Red Light” behaviors, such as eating-disorders and serious physiological impairments associated with training in an energy deficient state. Athletes in the “Red Light” zone are advised to stop their training and work with a professional sports nutritionist. In one of her lectures, Dr. Mountjoy describes a story from the media of an Olympic cross country skier who was found to be in the “Red Light” zone and was “benched due to weight concerns.” The athlete underwent a contract that allowed her to return to sport after she increased her energy intake and percentage of body fat. This athlete later went on to win a bronze medal at the 2014 Sochi Winter Olympic Games.

US Mountain Running Team coach Ellen Miller sits down to a healthy breakfast.

My dad, who tops out at 5 foot 5, easily inhales seven tacos during our family “taco nights.” My friend and fellow competitor, Joe Gray, goes out to dinner at Noodles and Company, finishes his plate completely and before leaving the table, talks about what he’s going to cook at home for a second dinner. My teammate at the 2018 World Long Distance Mountain Running Championships, Addie Bracy, sent our team manager, Jason Bryant, to find Snickers bars for fuel during her race. Clare Gallagher, winner of Colorado’s notoriously grueling Leadville 100, fuels her races with calorie-dense vanilla cake frosting. Then there’s my coach, David Roche, who concludes an article entitled “The Nutrition Secret of Pros” with the line, “Pass the Bacon Pop-Tarts, please.” The eating habits of these amazing runners is simple: give the body the fuel it needs to train, race, and stay healthy.

Unfortunately, many runners I’ve known (myself included)– especially in the D1 College Cross Country/Track and Field — have been introduced to the common belief that with running and endurance sports, “lighter is faster.” Cut calories, drop weight, and run faster. This is a mantra often found in well-respected training books. For example, Running With the Buffaloes, which documents the training of the 1996 University of Colorado men’s Cross Country Team, describes Coach Wetmore’s demand for his athletes to “get lean.” Adam Goucher, the star athlete on the team, would drink large glasses of water to feel full when he was hungry.

The author getting his calories at the Pikes Peak Expo.

In line with this belief, I ate salads every night for dinner when I was in college. I became known by my cross country teammates at the University of Portland for eating the most salads in any given semester (I even met my wonderful girlfriend at our school’s salad bar!). But in retrospect, training over 100 miles per week along with tough workouts year-round likely required more calories than I could find at the salad bar. My tendency to top off my salad bowl with a river of extra virgin olive oil definitely gave me additional calories, but even then my body showed signs of energy deficiency. I experienced repetitive stress fractures and rapid weight fluctuations which should have put me in the “Yellow Light” for RED-S. Had I worked with a nutritionist, or talked more about my condition, I might have ran stronger and avoided a heavily injury-plagued college running career.

Even with the risk of injury and health concerns, some runners will still take the risk of not eating enough to be “lighter and faster.” Some athletes believe they can perform better by eating less, and may disregard the health concerns of RED-S. Dr. Mountjoy describes in her work with Canadian Olympians that many of them did not care if they lost their menstrual cycle for the sake of improved athletic performance. Contrary to this belief, modern science shows that athletes who train in an energy-deficient state actually respond less to training than healthy athletes. One study from 2014 of female swimmers showed that over a 12-week training cycle, healthy athletes improved their athletic performance in a 400-meter swim by 8.2 percent, while athletes who were energy deficient performed 9.8 percent slower. The science shows that training in a state of energy deficiency not only leads to more injuries, but worsens athletic performances.

Remember the Golden Rule of some of the best runners I know: “Give the body the fuel it needs to train, race, and be healthy.” Deep-fry and chocolate-coat this rule into your memory (or smoother it in olive oil and vegan barbecue sauce, whatever you have to do to remember!). There’s nothing to gain by training with a RED-S condition. Lighter is not always faster, and running healthy is essential to running happy.

Elite mountain and trail runner Tayte Pollmann is an American Trail Running Association Project Associate and recent graduate of the University of Portland. This effervescent 21-year-old is sponsored by Nike Trail Running and will put his degree in English to good use writing and sharing articles and short videos from his upcoming travels across the United States and overseas.

Bust Out of Holiday Calorie-Buzz: Meet Your Nutritional Needs to Run Smarter and Happier