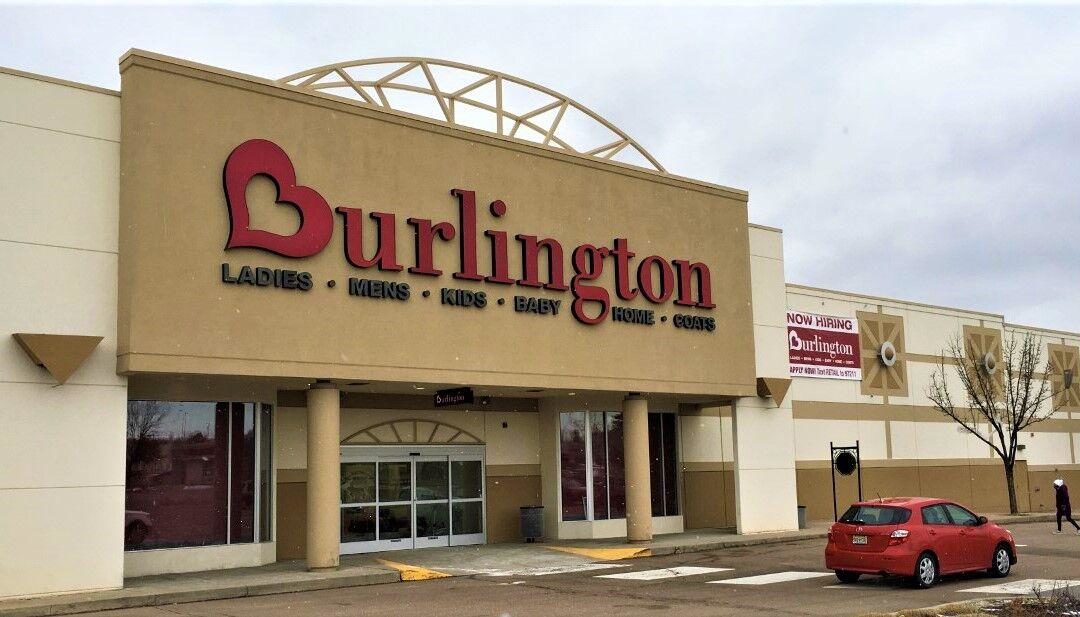 Burlington will make a comeback next month on Colorado Springs’ north side.

The New Jersey-based retailer will open a department store May 28 at 7710 N. Academy Blvd. in the open-air Chapel Hills shopping center, which straddles the east and west sides of North Academy, according to Burlington’s website.

Burlington had been an anchor for several years at the Chapel Hills Mall, the enclosed retail complex northeast of Academy and Briargate boulevards and a short drive from the Chapel Hills shopping center.

But Burlington shuttered its Chapel Hills Mall store in early 2020.

At that time, a mall spokeswoman said the retailer and a third-party company that owned Burlington’s 41,000-square-foot mall space couldn’t agree on terms of a new lease. Burlington then closed its store, the spokeswoman said.

Burlington will occupy about 34,000 square feet at the Chapel Hills shopping center. It will join PetSmart, Michael’s, Party City and Ross Dress for Less, among others, on Chapel Hills’ west side, according to the website of SITE Centers Corp. The Ohio-based real estate investment trust owns the shopping center.

Burlington will join Party City, PetSmart, Michael’s and other retailers when it opens May 28 at 7710 N. Academy Blvd. in the Chapel Hills shopping center in northern Colorado Springs. A Burlington department store at the nearby Chapel Hills Mall closed in early 2020.

Retailers and restaurants on the east side of the Chapel Hills shopping center include Best Buy, Nordstrom Rack, the Lazy Dog Restaurant & Bar and Old Navy, which also had a store at the Chapel Hills Mall several years ago.

Burlington representatives didn’t return calls and emails seeking information about the new store, its number of employees and other details. SITE Centers Corp. also didn’t respond to a request for information.

Formerly known as Burlington Coat Factory, Burlington bills itself as a “leading off-price retailer.” It sells discounted men’s, women’s and children’s clothing, along with shoes, furniture, baby accessories, home decor items, jewelry, toys and gifts. As of mid-2020, Burlington operated about 740 stores in 45 states and Puerto Rico, its website shows. In Colorado Springs, Burlington also has locations at The Citadel mall, northwest of Academy and Platte Avenue, and at the Powers Pointe shopping center, southwest of Powers Boulevard and Barnes Road.

Burlington’s closure last year and reopening this year are more examples of the changing landscape of brick-and-mortar retailers around the country and in Colorado Springs.

In many cases, retail chains have closed or downsized stores as they battle Amazon and other online rivals. The onset of the COVID-19 pandemic last year, which led to stay-at-home orders and store capacity limits in most states, also exacerbated problems for some retailers.

Among retail changes in recent years in Colorado Springs, Sears closed its stores in 2019 at the Chapel Hills Mall and Broadmoor Towne Center, while the area’s last Kmart closed a year earlier.

This year, Bed Bath & Beyond closed one of its three area stores.

It’s not all doom and gloom for the local retail scene, however. Scheels All Sports, the outdoor equipment and apparel chain, opened last month on the city’s north side, while restaurants such as In-N-Out Burger, Whataburger and Wienerschnitzel have expanded to Colorado Springs or announced they’re coming.