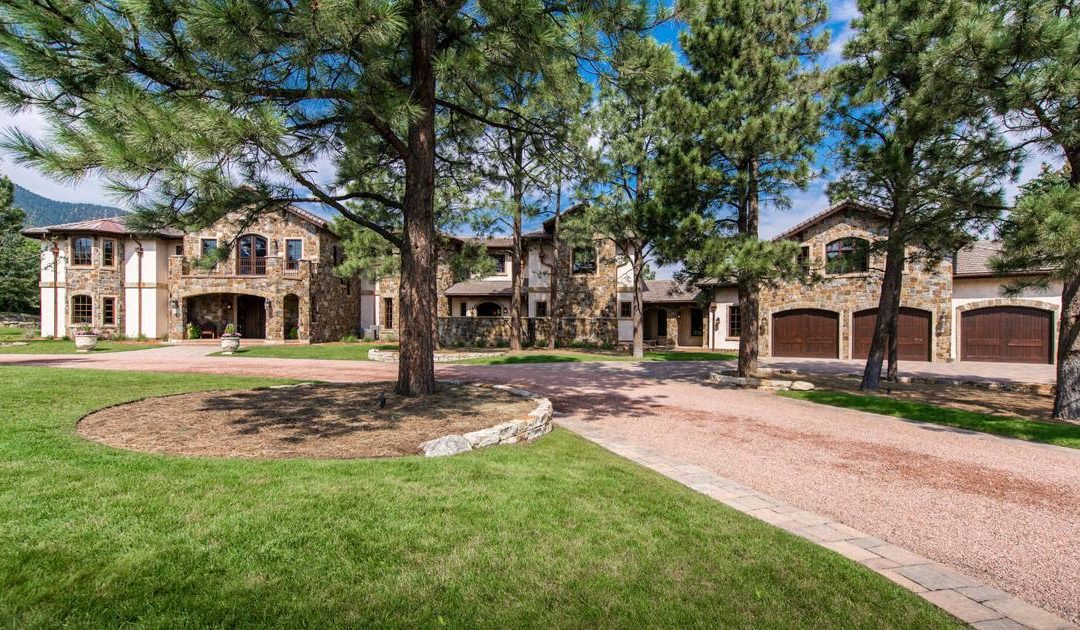 An heir to the Sinton Dairy fortune bought a Broadmoor neighborhood mansion Friday for a record $8 million, according to El Paso County land records.

The 16,594-square-foot home two blocks from the 2,500-acre resort was sold by the founder and head of a Colorado Springs commercial real estate services company. The six-bedroom, 11-bathroom complex had been on the market on and off for more than three years with an $8 million asking price, most  listed recently with LIV Sotheby’s International Realty.

Carolyn Cathey, a longtime local real estate agent who represented the buyer, said her client was interested in the property, which was built in 2007, because most of the living space is on the main level and it offers a more modern home with more privacy than the buyer’s current residence, which is a bit more than a mile away. Cathey said the property went under contract in mid-August at the full asking price.

The home’s price was the highest listed in records of the Pikes Peak Association of Realtors, which tracks transactions handled by real estate agents in the Pikes Peak region. The deal displaces the previous record $6.7 million sale in August 2020 of the Southard Star Ranch, near Colorado Highway 83 and Old Northgate Road. The ranch features 14,563 square feet of living space on nearly 55 acres with a duck pond, a stream that runs throughout the property, meadows, a chicken coop and a pirate-themed tree house.

The new record-holder near the Broadmoor  features an above-garage apartment and a separate one-bedroom, one-bathroom guest house as well as  a large library, office, game room, home fitness center and spa. The residence also boasts a theater, a 1,000-bottle underground wine cellar and a tasting room. The new owner will be greeted by African mahogany doors while treading on Italian Travertine and hand-scraped pecan floors with soaring Douglas fir beams from Oregon above.

“You could not duplicate this home for even close to the sales price today, even if you could obtain the materials,” needed to build it, LivSotheby’s Katie Williams, who represented the seller, said in a news release. LivSotheby’s Adana Leonard, who also represented the seller, called the wine cellar and tasting room the “crown jewel” of the property.

“I’ve done several homes in the million-dollar-plus price range. We have had a pretty good run of homes in that price range during the past four or five years,” Cathey said.