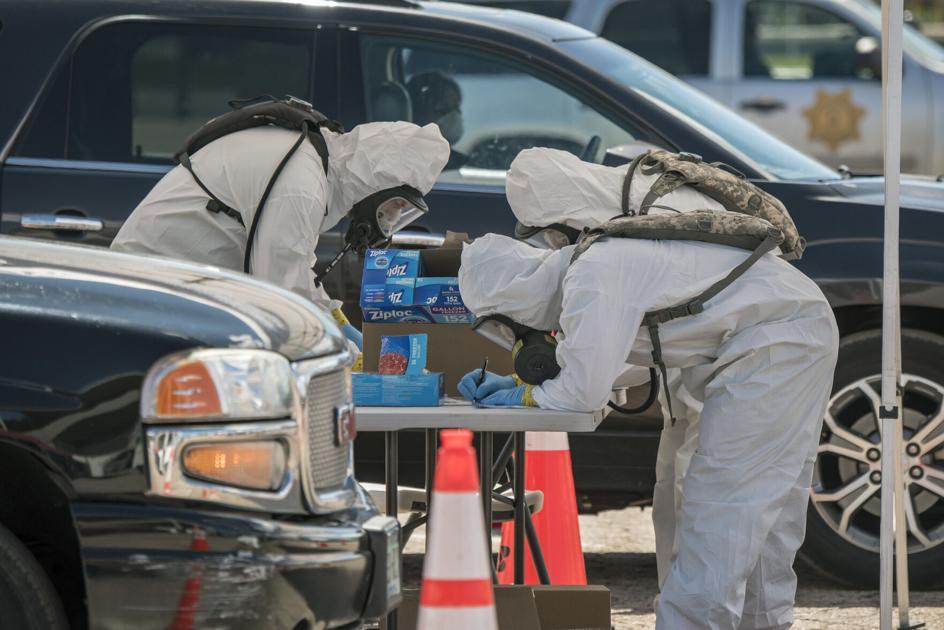 New projections from public health researchers predict a COVID-19 variant could become the dominant strain here in the coming weeks, which could drive a spring surge and lead to hundreds of thousands of new cases.

Relatively few cases of that variant identified first in the United Kingdom have been discovered in Colorado, according to state data. Only 86 cases have been identified, a paltry number compared to more common COVID infections. But the variant — as well as others yet to be identified — is likely circulating in Colorado beyond what is known, experts said.

“Clearly B.1.1.7 (the UK variant) is circulating here and other variants are probably here as well,” said Jon Samet, the dean of the Colorado School of Public Health and a member of the modeling team. “With the limited data there is not an indication of a rapid rise as was seen in the UK. I think that we need to be concerned about the potential for the variant (or others) to rise.”

Eric France, the state’s chief medical officer, told reporters Thursday that there “could be a spring surge in April if the variant started to grow.”

Modeling by Samet’s team projects what that could look like. The variant is assumed to be more infectious as well as more deadly, researchers wrote. Those two factors could lead not only to more cases but more hospitalizations and more deaths.

They assumed the UK variant would cause 50% of cases in March and 95% in May, but “in reality, we do not know how quickly the variant will spread in Colorado.”

The two largest variables in the modeling are how many people get vaccinated and how many people continue to socially distance and wear masks. Should precautions falter and the variant spikes, hospitalizations could nearly top 2,000, roughly on par with the unprecedented numbers from the fall.

If the variant spreads and only 40% of Colorado has been vaccinated by early June, the state could be in for more than 2.4 million more cases than currently projected. That number also assumes people stop following public health measures and infection control drops.

That worst-case scenario would also lead to 6,600 more deaths.

If 80% of the state is vaccinated, but those other conditions — lower infection control and high variant presence — are present, then the increase will be smaller. But it will still be marked: 1.5 million more cases and roughly 5,800 more deaths.

Though experts said Colorado was doing better than most states in tracking the spread of the variant here, the limited data means that the UK strain, if not others, is spreading unobserved.

“There are certainly more people infected with the variants of concern than are being identified right now,” said Beth Carlton, another member of the modeling team. “It’s also possible likely that some states are finding a higher proportion of the circulating variants because they are doing a better job of looking for them.

The state will step up surveillance to keep an eye on the variant, officials said. Thus far, the state has sequenced every random sample they’ve found with the tell-tale genetic signs of the variant. France, the chief medical officer, said Thursday that the state would be working with an outside lab that looks for that genetic sign to monitor for more cases. Experts said it’s almost certain that there are more cases out there than have been identified.

The only two variants identified in Colorado are the California and UK strains. The South African variant has not been identified here yet, and France said that a booster shot developed by Moderna to more effectively prevent severe disease from that strain  may not be available for nine months. Even then, he said, it may be unneeded depending on how that variant spreads.

Aside from the potential for a spring spike, Colorado’s situation is far improved from the fall surge, according to the modeling report. Back then, roughly one in 50 Coloradans were infected. As of now, that’s about one in 194. An estimated 22% of the state’s population has immunity to the disease, either because they’ve been vaccinated or recently contracted COVID.

Raw case numbers, which have dropped since December, have plateaued of late. Officials said they didn’t know what was causing that flattening. Samet said it was “hard to tease out any single factor that may be driving the epidemic curve.” France, too, said officials don’t really know.

The situation could change for the worse, depending on individual behavior and the spread of the variants.

“If the B.1.1.7 variant spreads rapidly in Colorado and transmission control lessens over the short-term, we could see another peak in hospital demand,” researchers wrote. “In the bounding scenario with reduction of transmission control to 60% immediately and rapid spread of the variant, demand could exceed ICU capacity and approach hospital capacity.”

And new variants could be identified that may further exacerbate the situation.

“In the weeks ahead, I expect we are going to see new variants identified – some of which will be more transmissible, some may be more lethal,” Carlton said.

The best defense against the variants, officials said, is to continue to mask, socially distance and stay home as much as possible.