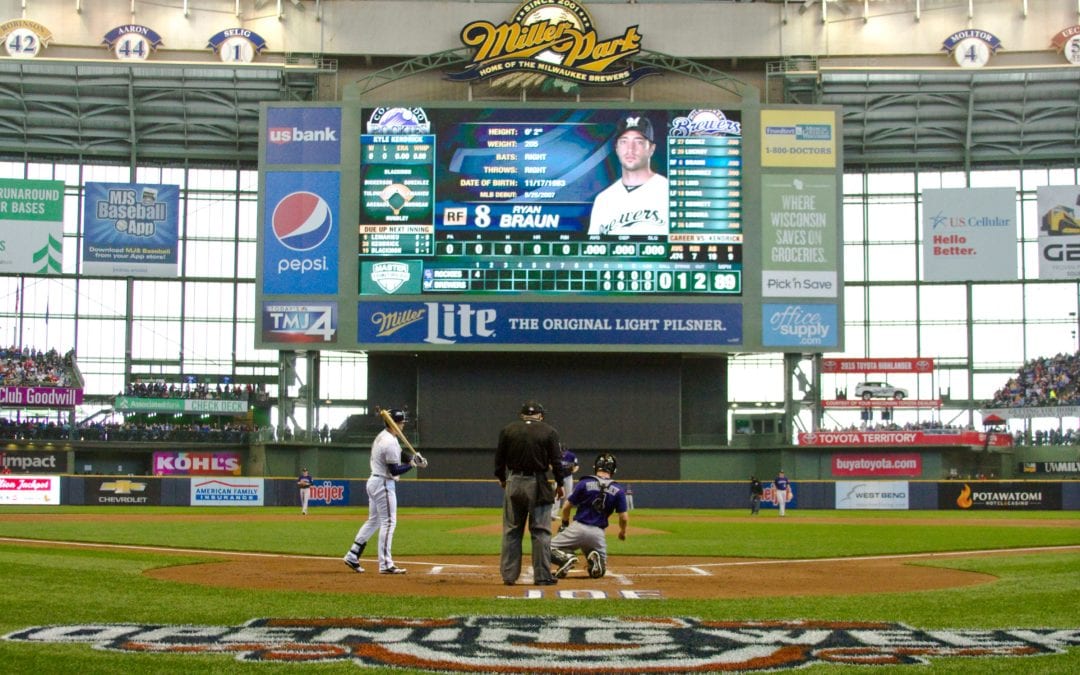 Major League Baseball has elected to cease spring-training games and delay the start of opening day by at least two weeks, the latest in many unprecedented steps taken by the sports world to combat coronavirus.

The Milwaukee Brewers were slated to open the regular season at Miller Park on March 26 against the Chicago Cubs. MLB announced games would stop Thursday afternoon, an action that was “being taken in the interests of the safety and well-being of our players, clubs and our millions of loyal fans.”

“MLB and the clubs have been preparing a variety of contingency plans regarding the 2020 regular season schedule,” the release stated. “MLB will announce the effects on the schedule at an appropriate time and will remain flexible as events warrant, with the hope of resuming normal operations as soon as possible.

“Nothing is more important to us than the health and safety of our players, employees and fans. MLB will continue to undertake the precautions and best practices recommended by public health experts. We send our best wishes to all individuals and communities that have been impacted by coronavirus.”

LIVE UPDATES: The latest on coronavirus in Wisconsin

FULL COVERAGE: What you need to know about coronavirus in Wisconsin

The Brewers put out a statement Thursday afternoon backing MLB’s announcement and advising fans that more information will be be available next week regarding those holding spring training and regular-season tickets.

Additionally, the team announced there will be an optional player workout in Maryvale Friday but none on Saturday or Sunday. There is another workout scheduled for 10 a.m. Monday — closed to the public — with media access available on that day.

Outfielder Ryan Braun said that players have been apprised of the situation on an ongoing basis since the start of spring training by MLB. It’s his guess that the start of the season will be delayed.

“It’s an unprecedented situation,” he said. “I don’t think it’s anything we’ve ever been through before so none of us have anything to rely on. None of us are infectious disease specialists or experts so ultimately we’re depending on other people and relying on other people’s opinions to give us advice on what we should be doing.

“Baseball is obviously secondary to what’s happening in the world. I think that the general health and safety and well-being of the American public is far more important and significant than baseball or baseball games or anything like that. Certainly, we defer to all those people and trust that they’re leading us in the right direction.”

The seriousness of the situation began to take hold during the Brewers’ game Wednesday night, when it was announced the NBA was suspending its season and later Utah Jazz center Rudy Gobert had tested positive for coronavirus.

The most obvious sign things had changed for the Brewers in Maryvale was the team reacting to an MLB mandate limiting media access to the clubhouse. Since Tuesday morning, players have been brought into a makeshift interview room and care has been taken to keep distance between parties.

Braun said caution has taken hold within the clubhouse as well.

“I think everybody is far more conscious of hygiene and washing their hands as often as possible, using hand sanitizer as often as possible; using fist-bumps instead of handshakes and high-fives,” he said. “It sounds insignificant, but it might be enough to potentially minimize the spread of the virus. If somebody gets it, everybody in (the clubhouse) gets quarantined, which is a crazy concept.

Brewers manager Craig Counsell was in his second full professional season and a year away from breaking into the major leagues when MLB was shut down by the 1994 strike. He was also playing for the Arizona Diamondbacks in 2001 during 9/11.

He was asked how the current situation compares with those milestone events as far as it affects the game.