Brewers 5, Rockies 0: Keston Hiura and Eric Lauer led the way as Milwaukee swept Colorado to move a season-best 12 games over .500 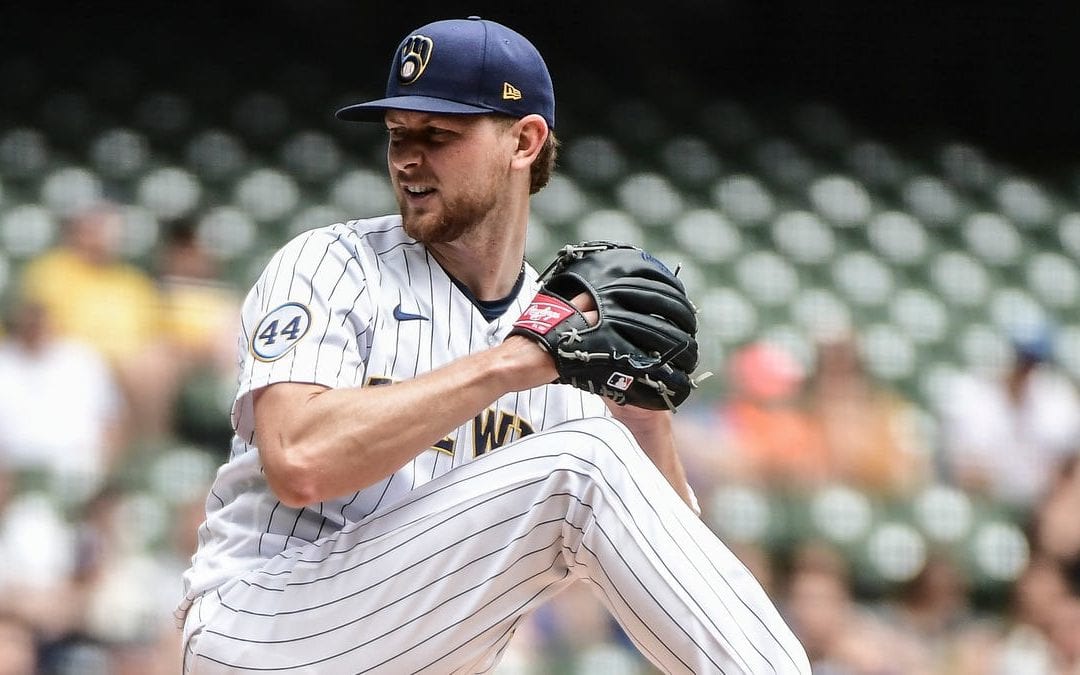 Brewers 5, Rockies 0: Keston Hiura and Eric Lauer led the way as Milwaukee swept Colorado to move a season-best 12 games over .500

Hosting the worst road team in the major leagues in the Colorado Rockies, the Milwaukee Brewers did exactly what they needed to do this weekend.

The suddenly resurgent Keston Hiura led the offense and Eric Lauer provided a strong six-inning start as the Brewers shut out the Rockies, 5-0, Sunday at American Family Field.

Hiura homered for the second time in three games and also doubled, tying a season high with three runs batted in. Omar Narváez also homered, kick-starting the decisive four-run sixth inning as Milwaukee rose to a season-best 12 games over .500 at 45-33.

The Brewers have also clicked off five consecutive wins for the third time in 2021,  perfect timing with the Chicago Cubs arriving for a big three-game series beginning Monday night.

“I mean, we want to beat them like we want to beat everyone else,” said Narváez of the Cubs, who were in second place and 2 ½ games back in the Central Division standings entering their game Sunday at the Los Angeles Dodgers.

“I think we’ve just got to play baseball and keep doing what we’re doing. Play hard every day and good things are gonna show up.”

Lauer bogged himself down with a 37-pitch second inning in which he gave up a single to Brendan Rodgers and walks to Chris Owings and Elias Díaz to load the bases only to strike out counterpart Chi Chi González — his third of the inning — and escape the jam.

“It was big to be able to get out of that without giving up any,” said Lauer, who hadn’t pitched since the previous Sunday at Coors Field and ran out of gas in the sixth. “That’s pretty much the inning I was talking about — being able to bear down and make pitches when I need to. I wasn’t extremely happy about walking two guys in that inning; that’s never a good thing.

“But to be able to escape that inning and get on myself a little bit more, ‘Hey, you need to lock it in a little better,’ it was the push that I needed, I think.”

Milwaukee’s offense had come up with only a walk against the right-hander González over the first two innings before Hiura belted a 1-2 fastball 423 feet out to left-center to get the Brewers in front in the third.

The second inning proved to be only a blip on the radar screen for Lauer (2-3), who went on to retire 12 of the final 13 batters he faced. He scattered two hits and two walks while finishing a strikeout shy of tying his season high with seven over his 87-pitch day.

The victory was Lauer’s first since his first outing of the season, a five-inning start on April 29 against the Los Angeles Dodgers.

“I don’t know if anything changed, really,” Brewers manager Craig Counsell said of Lauer’s performance after the second. “He just started pounding the strike zone and I thought the cutter was his pitch today.

“It was really good.”

Luis Urías opened the bottom of the sixth with a single to center against Lucas Gilbreath, extending his hitting streak to a career-high 10 games.

Narváez followed with another of the long at-bats that he’s been turning in of late and finished it with a homer to right-center as Milwaukee upped its lead to 3-0. Christian Yelich, up next, walked.

Justin Lawrence replaced Gilbreath and recorded the first two outs of the inning before walking Peterson. Hiura followed by lining a double 108.8 mph into the gap in right-center to plate both Yelich and Peterson.

Hiura just missed his third hit and likely a fourth RBI when Yonathan Daza made a sliding catch off his liner to right that ended the eighth.

Ryan Weber pitched the ninth, becoming the 50th player to get in a game for the Brewers this season. Only the Seattle Mariners (51) have used more players.

The right-hander faced the minimum to sew up Milwaukee’s eighth shutout and send Colorado to 6-31 on the road.

The Brewers also improved to a major-league best 26-9 in day games. They’ve gone 17-1 in their last 18 and have now won five straight.

Our subscribers make this reporting possible. Please consider supporting local journalism by subscribing to the Journal Sentinel at jsonline.com/deal.