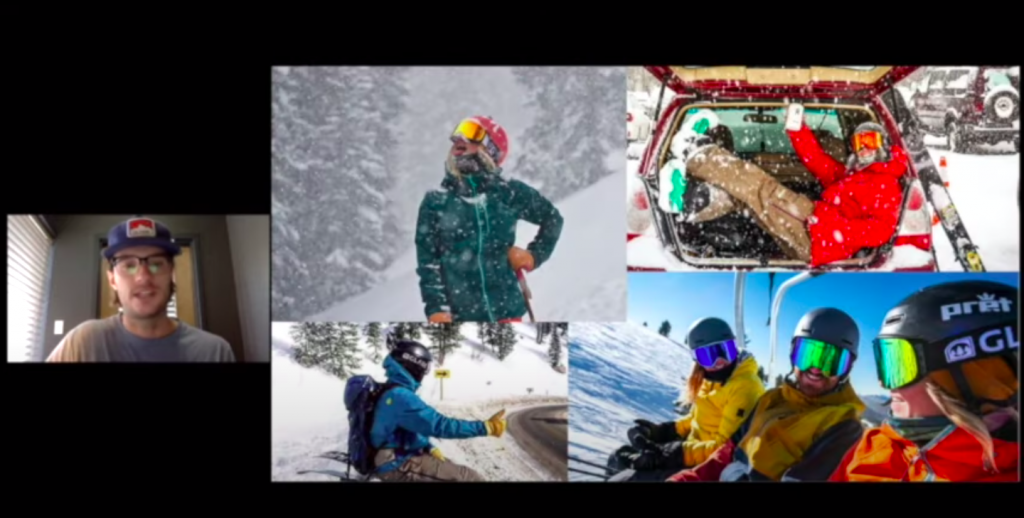 The series — run by the Greater Colorado Venture Fund, which invests in rural startups — hosted seven companies out of about 100 applicants to pitch their businesses in a live virtual event. Curt Nichols, founder of Glade Optics, was one of the finalists.

Nichols called the pitch process a “whirlwind.” He said that once Glade Optics made it to the top seven, there was a week of heavy involvement with emails, meetings and other communication before the finals Thursday, July 30.

“It was an opportunity to pitch Glade in front of a bunch of people,” Nichols said. “So we did not win the competition, but we did get in front of a lot of people that are in the industry … and we even got some goggle sales out of it, so it was definitely a success. The upshot of the pitch series is even though we didn’t win, they are still poking around thinking about investing in Glade.”

Nichols said a big sticking point was that investors at the event were concerned ski resorts might not open this year.

Greater Colorado Venture Fund partner Cory Finney said the fund was looking for businesses that already had a bit of traction and brought new dollars to the communities in which they’re based.

“There were several goals of (the pitch series),” Finney said. “One of them was to celebrate the entrepreneurs and businesses being built across rural Colorado. Another goal was … we need to continue to find and support great companies. … And then the third goal was just to share the broader message of all the great stuff that is being built in rural Colorado with people who don’t live in our communities and don’t see it on a daily basis.”

The fund invested in four companies from the series:

In entering the event, Nichols said he wasn’t necessarily looking for capital because his business has grown to be solid and profitable after an initial investment last winter. Instead, Nichols said he was looking for strategic partners and institutional knowledge. Nichols thinks he has found one or two partners that might be able to help Glade Optics with their expertise.

Glade Optics was born out of a gap Nichols saw in goggle products for the average skier. He felt the dominating ski goggle and helmet company Smith Optics had overshot the average skier’s needs, and he wanted to create a product and business that was more relatable to the average recreational skier at a more affordable price.

“The thesis was, OK, there’s probably a void in the industry for us to come in and provide a brand voice and a product that is of premium quality to that average or recreational skier that skis 10-15 days a year,” Nichols said.

Nichols started with one goggle type and bought 250 pairs. The goggles sold out in about a month. Today, Glade Optics’ website, ShopGlade.com, advertises three goggle types, which range in price from about $94 to $120. Glade Optics also sells a helmet for about $120 called the Tenmile Helmet, named after Summit County’s Tenmile Range. Nichols noted that as the company grows, he wants to continue to keep it true to its Summit County roots.

Nichols attributes the brand’s growth to its direct-to-consumer model as the products have traditionally been sold exclusively through the brand’s website. However, Nichols said he’s realized many skiers will want to buy products in a ski shop and is working on a wholesale program.