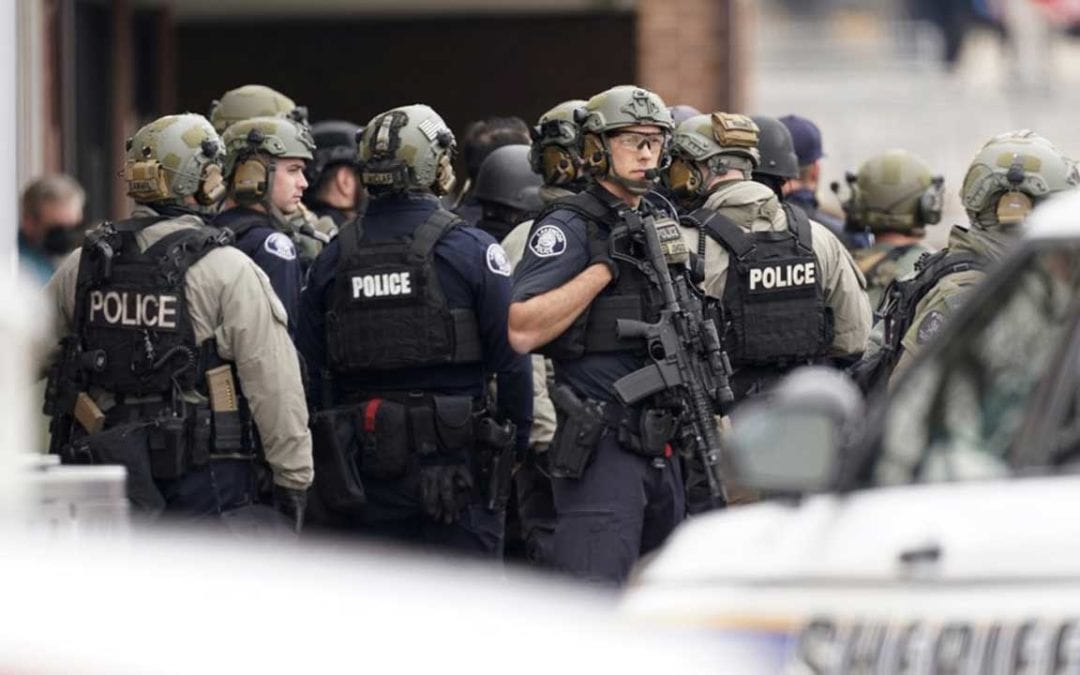 BOULDER, Colo. (AP) — Police on Tuesday identified a 21-year-old man as the suspect in the killing of 10 people at a Boulder, Colorado, supermarket.

Authorities also identified nine victims after previously identifying a police officer who had been killed.

The victims ranged in age from 20 to 65, said Boulder Police Chief Maris Herold. The shooting Monday at the crowded supermarket sent terrorized shoppers and workers scrambling for safety and stunned a state and a nation that has grieved several mass killings.

Herold said police engaged in a shootout with the suspect inside the supermarket and that is when Officer Eric Talley was killed.

The suspect was undergoing treatment at a hospital and was expected to be booked into the county jail later Tuesday, said Boulder County District Attorney Michael Dougherty. Investigators don’t know yet why the suspect opened fire inside the grocery store, Dougherty said. He said the investigation is in the early stages.

THIS IS A BREAKING NEWS UPDATE. AP’s earlier story is below.

A shooting at a Colorado supermarket killed 10 people Monday, including a police officer, and a suspect was in custody, authorities said.

Boulder police Cmdr. Kerry Yamaguchi said at a news conference that the suspect was being treated but didn’t give more details on the shooting or how many people were killed. A short time later, police said 10 people including a police officer were killed.

Officers escorted a shirtless man with blood running down his leg out of the store in handcuffs but authorities would not say if that was the suspect.

Boulder County District Attorney Michael Dougherty said authorities know how many people were killed and suggested they are not releasing the number because they need to notify families of the victims.

A man who had just left the store in Boulder, Dean Schiller, told The Associated Press that he heard gunshots and saw three people lying face down, two in the parking lot and one near the doorway. He said he “couldn’t tell if they were breathing.”

Law enforcement vehicles and officers massed outside the store, including SWAT teams, and at least three helicopters landed on the roof in the city that’s home to the University of Colorado and is about 25 miles (40 kilometers) northwest of Denver.