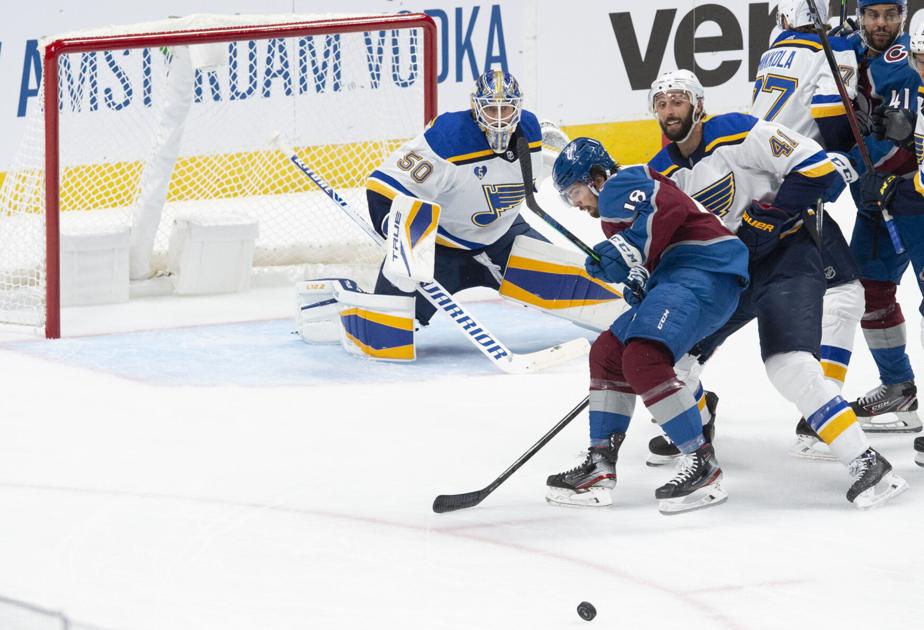 The NHL draft waits for no statistics exam, and the Stanley Cup playoffs aren’t scheduled with the Newfoundland Time Zone in mind. But Alex Newhook’s supporters aren’t about to miss a moment if they can help it after years of enthusiastically following his career.

On June 21, 2019, Newhook went 16th overall to the Colorado Avalanche, becoming the 41st player from Newfoundland and Labrador selected. Home was clear across Canada that day, but he had a rowdy cheering section.

The draft was in Vancouver, British Columbia, a short distance from Victoria, where Newhook played junior hockey. As soon as they saw Newhook through the crowd in his Colorado draft jersey, his Victoria Grizzlies teammates – in borrowed Newhook jerseys, some worn backward — started yelling and piling on in an eight-person group hug.

Marty Westhaver was the one in the yellow Newfoundland jersey and a baseball cap that came barreling up the side. Westhaver said the Grizzlies planned the draft takeover on a bus ride.

A video of the fracas made the internet rounds.

After he signed an entry-level contract with the Avalanche in March, Newhook said the draft group was looking at descending on a game soon, jerseys on.

“I’m sure you can bank on seeing them somewhere, sometime,” Newhook said.

Meanwhile Newhook’s friend since grade 7, Lucas Shortall, had an exam the day of the draft and wore one of Newhook’s practice jerseys to take it. He thinks he fared all right in spite of the distraction.

Two years later, Shortall is home in St. John’s, Newfoundland, for the summer and living in a house with five friends. They have people over to watch the Avalanche playoff games, no matter how late the start is.

“Newfoundland is a very close culture. The whole province is definitely supporting him every way we can,” Shortall said. “He definitely knows all the boys are here for him. No matter what happens, we’ll always support him.”

At 14, Newhook left to play at St. Andrew’s College in Aurora, Ontario. Shortall said one summer he came back and it was clear he’d taken the next step.

“Then it was pretty obvious he was going places,” he said.

“Not really even being able to play everybody here because he was too good. No competition left in Newfoundland.”

Newhook played two years there and two with the British Columbia Hockey League’s Grizzlies. He captained the team in 2018-19 before moving on to Boston College.

“At such a young age, he was so mature and acted like a professional,” Westhaver said. “You could see too, early on — this kid loves what he’s doing. He’s so passionate and loves to work hard and enjoy the game.

“I think all of us noticed that, early on, he’s going to be something special and make a name for himself.”

After just eight AHL games with the Colorado Eagles (five goals, four assists), Newhook, 20, made his way into the Avalanche lineup. The scene was “a lot similar to the video,” Westhaver said, when Newhook scored his first NHL goal May 21 in Game 3 against the St. Louis Blues.

“I knew he could jump right in and make an impact, but to actually see him out there is pretty surreal,” Westhaver said. “I think all of Victoria back here is excited to see it and excited to watch him.”

Game 1 of the second round against the Vegas Golden Knights is 6 p.m. Sunday.

Newhook has accrued many hockey jerseys over the years and they’ve been put to good use. At every stop along the way to the NHL, he’s made friends who are happy to wear them everywhere from viral videos to quiet classrooms.

“We want to see him keep doing what he’s doing,” Shortall said.

Here’s a look back at the regular-season series between the Vegas Golden Knights and Colorado Avalanche, who meet in Game 1 of the second roun…