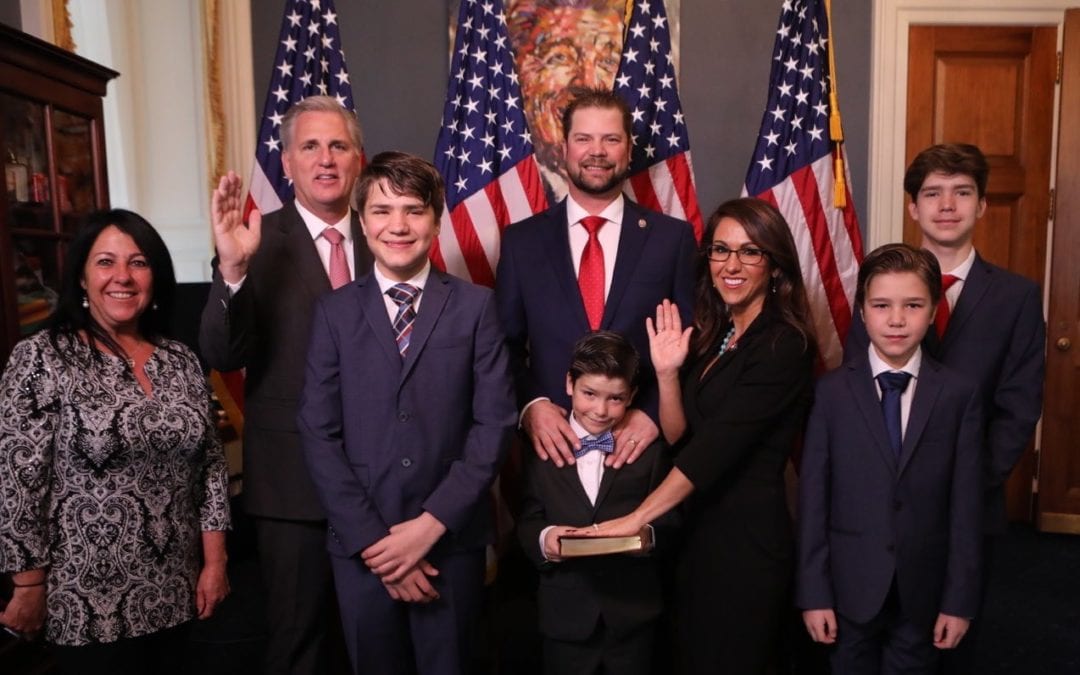 A Democrat congressman who claims the National Guard poses a threat to Joe Biden at the inauguration is the same idiot accusing U.S. Rep. Lauren Boebert of giving terrorists a tour of the Capitol days before the riot.

Tennessee Congressman Steve Cohen is just desperate for attention. The irony is not lost on us that Democrats accuse others of spreading conspiracy theories as they create their own to get media attention and damage Republicans.

Cohen told CNN he saw Boebert with a group of people in the Capitol the same week as the riot.

Members of Congress work in the Capitol and are seen with groups of people every single day, it does not mean they are plotting to overthrow the government.

And freshman members like Boebert bring their family with them to swearing-in ceremonies during the first week of session, which is exactly what Cohen saw and he knows that.

But it didn’t stop him from spreading rumors to get headlines.

“We saw (Rep.) Boebert taking a group of people for a tour sometime after the 3rd and before the 6th. I don’t remember the day we were walking in a tunnel and we saw her and commented who she was and she had a large group with her. Now whether these people were people that were involved in the insurrection or not, I do not know,” Cohen told CNN’s Jim Sciutto on “CNN Newsroom.”

Cohen continued, “She was a freshman, she might have had a large number of people coming to be with her on this historic occasion and just wanting to give them the opportunity to have a tour. But it is pretty clear that her team is the team — she’s not on the home team. She was with the visitors.”

Here’s that scary group of people Cohen saw with Boebert in the Capitol in the days before the riot, her family:

I’m proud to take the oath of office to represent & serve the great people of Colorado’s 3rd District. I will work extremely hard to get the job done in a way that makes rural Colorado proud of their new Representative & more importantly, deliver results. https://t.co/NbwaN2fYQD pic.twitter.com/NKGb4pVME2

Here’s what Boebert had to say about Cohen’s wild claims:

“Representative Cohen’s claim that he saw me give a reconnaissance tour with people not on the team is 100% false. I have never given any tours of the U.S. Capitol in the 117th Congress to anyone besides family members in town for my swearing in. As Members of Congress, we have a duty to elevate the discourse and unify during times of crisis. Unfortunately, Rep. Cohen instead chose to go on CNN today to repeat irresponsible lies in order to elevate his own political relevance and to further fuel the division of our country.”

It’s not just the congresswoman from Colorado whom Cohen is spreading wild rumors about, he’s also trying to sow doubt in our own National Guard.

Rep. Steve Cohen implies that 75% of the National Guard are in the class of people who “may want to do something” at the inauguration.

Cohen is saying that National Guard troops who voted for Trump should automatically be suspected of being threats. pic.twitter.com/6ozID4y9ry

When Democrats complain about Republicans getting false information from social media, they should first check whether their own members are spreading absurd rumors they read on Twitter.

Because some in the media won’t bother to fact check Democrats.