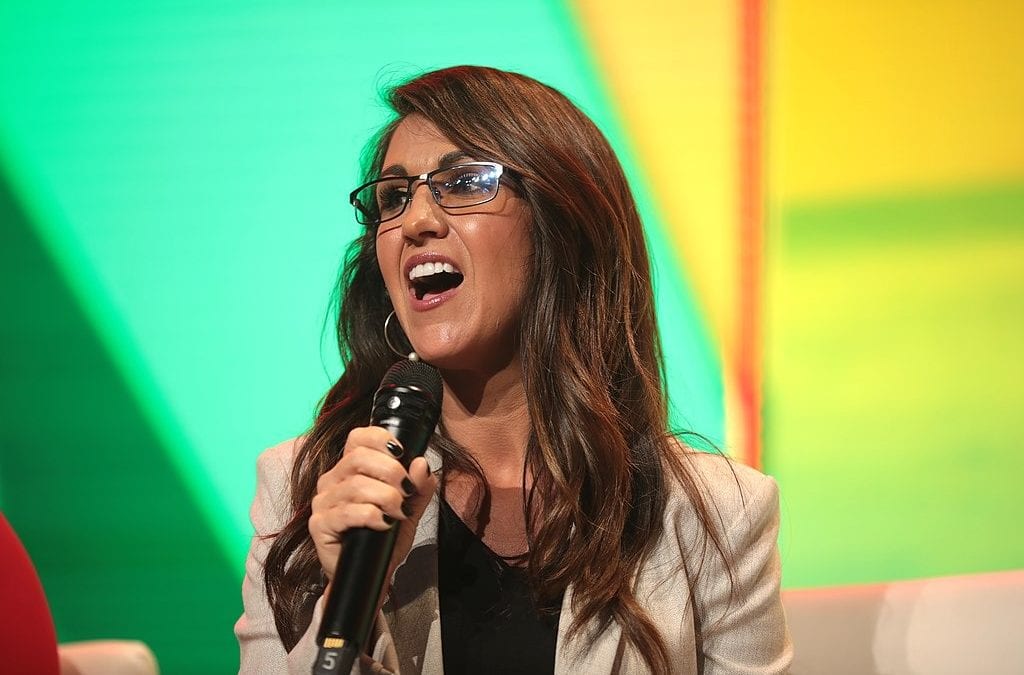 Freshman Congresswoman Lauren “Squeaky” Boebert (Q-Colorado) recently traveled back to her home state (it’s not known how many miles she expensed) and participated in a recent town hall in Montrose. Boebert was asked about Democratic figures at the center of the “Deep State” conspiracy theory, and she didn’t even let the questioner finish before she was off on a tangent that included a number of former directors of the FBI and the CIA as well as Hillary Clinton. Boebert spoke to whether or not they would be “held accountable for their unspecified crimes connected to the QAnon conspiracy”.

“Unspecified crimes” is a convenient talking point for a conspiracy theorist, because it allows them to make up just about anything, and that’s exactly what Boebert did.

“So we are seeing a lot of ugliness uncovered, a lot of corruption exposed,” Boebert said as she expounded on the QAnon cult’s frivolous claims. “But I believe that we are going to start seeing gifts and callings of righteous men and women exposed to counter all of this. Gifts that have remained dormant on the inside of people are going to start rising up. People are going to start filling these positions that they never saw themselves in, doing their part to serve their country.”

She also referred to the attempted coup on Congress as “petitioning your government”.

ICYMI: Video (orig. posted by the @montrosepress) of @RepBoebert saying “We already see in Washington, DC, you can’t petition your government, you’re an insurrectionist if you do that.” #copolitics #co03 pic.twitter.com/Xg7WUQ33ax

1. Tried to stop people from getting relief checks.

3. Voted against protecting our public lands.

It’s not just her words. Her actions hurt Colorado.

She also claimed there will be mass Democratic resignations ahead of the 2022 primary which could lead to Republican lawmakers regaining control of the Senate and House. However, she offered no details about why or how this will happen or what alleged crimes could lead to such a political shakeup.

How does anyone in America take Lauren Boebert seriously when she’s married to a sex offender who exposed himself to children at a public bowling alley?

“We all know that there was information that was declassified just a few days before President Trump left office,” she added. “And I know someone who is involved in declassifying that. And this person is getting very tired of waiting on the DOJ to do something about it. And we will be hearing about it very, very soon. And this is my opinion with that information that I have, I believe we will see resignations begin to take place. And I think we can take back the majority in the House and the Senate before 2022 when all of this is ended.”

If you advocate for violence against your coworkers and America, you shouldn’t get to keep your job.

Boebert and Greene STILL have their jobs in Congress. You can help our fight against them with a RT and a small donation. https://t.co/igh86680HC