Boebert parts with Colorado delegation, votes against medals for police who defended Capitol on Jan. 6 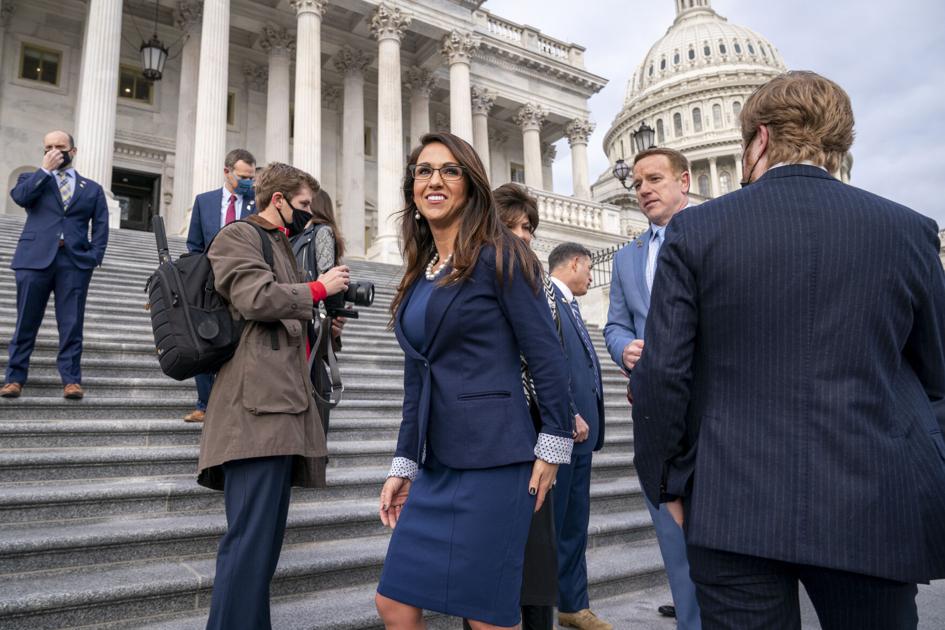 U.S. Rep. Lauren Boebert was among 21 House Republicans who voted on Tuesday against awarding Congressional Gold Medals to police officers who defended the U.S. Capitol from a violent attack on Jan. 6.

In a statement to Colorado Politics, the first-term lawmaker from Garfield County accused Democrats of trying to “score cheap political points” with the legislation.

The resolution passed 406-21 with overwhelming bipartisan support, including from all House Democrats and the other GOP members of Colorado’s congressional delegation, Doug Lamborn and Ken Buck.

“The desecration of the U.S. Capitol, which is the temple of our American democracy, and the violence targeting Congress are horrors that will forever stain our nation’s history,” the resolution reads.

“Once again Nancy Pelosi and House Democrats prove that there is no level they won’t stoop to,” Boebert said. “Using the death of an officer in April to try and score cheap political points is shameful. I’m not here to play their partisan games.”

The resolution also honors Capitol Police Officer Billy Evans, who was killed on April 2 when a knife-wielding driver rammed a barricade outside the Capitol.

Republican Rep. Chip Roy of Texas, who also voted against the resolution, told NBC News that he objected to the measure because Democrats had slipped in a reference to Evans’ death while otherwise remaining silent about his alleged assailant, who appeared to be “obsessed with the Nation of Islam.”

A spokesman for the Colorado Democratic Party called on Boebert to explain her vote in a statement that also praised law enforcement officers for “put[ting] their lives on the line to defend our nation’s capital from insurrectionists and domestic terrorists.”

The bill would award four medals, displaying them at Capitol Police headquarters and D.C. Metropolitan Police headquarters, as well as in the Smithsonian Institution and inside the Capitol, accompanied by plaques listing the law enforcement agencies that responded to the riot.

Boebert voted in favor of an earlier version of the bill in March, which would have awarded three medals. Tuesday’s vote follows negotiations with the Senate, which had earlier proposed awarding just one medal, to Capitol Police officer Eugene Goodman, who diverted a crowd from Senate chambers.

Just a dozen House Republicans voted against the bill in March, with some saying they objected to the bill’s description of the Trump supporters as “a mob of insurrectionists.”

Republican Rep. Marjorie Taylor Green of Georgia, a frequent Boebert ally and a “no” vote on Tuesday’s resolution, told Politico she voted against the bill this week because she objected to calling the Capitol “the temple of our American democracy” and describing the attack as an “insurrection.”

Boebert routinely tweets support for law enforcement, including posting photos of herself posing with officers. On April 21, she tweeted, “Just know, I will ALWAYS #BackTheBlue” and accused Democrats of wanting to “disarm the populace and defund the police.”

Two days after the attack on the Capitol, responding to news Capitol Police Officer Brian Sicknick had died after confronting rioters, she tweeted: “Thank you Capitol Hill Police for your tireless service. For the past two months I have noticed your dedication and I’ve noticed there is not a single day you are not on high alert. Thank you for your unending bravery.”

On Monday, Boebert’s office released a letter from the House Ethics Committee informing her that the panel had decided not to pursue a complaint filed by a Democratic lawmaker who accused Boebert of “instigating and aiding the violent riot.” A similar complaint filed in March by Democratic Rep. Pramila Jayapal of Washington with the Office of Congressional Ethics is still pending.