Boebert Intends To “Give Voice” in Congress To Entire State of Colorado, Not Just Her District 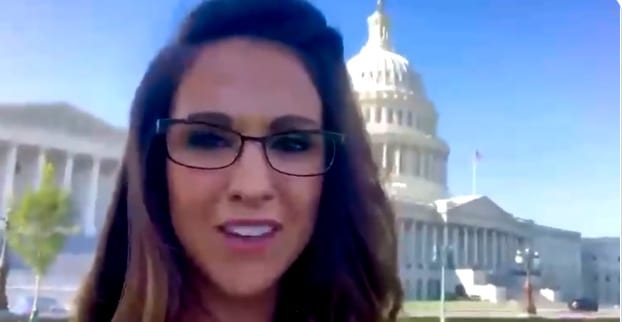 Congresswoman-elect Lauren Boebert, a Republican, says she’s “happy” to go to Washington D.C. to represent not only the people in her district but to “give voice to Colorado.”

Boebert stepped away from a dinner Friday at the Trump hotel in Washington D.C. to talk to KHOW radio host Dan Caplis.

“You know, I intend to represent not only the people in my district, but I’ll be happy to give voice to Colorado,” Boebert told Caplis, when asked if she accepted the “mantel” as the “face of the Republican Party” in Colorado.

“I am happy to be the voice of Colorado because I think people are listening,” Boebert told Caplis. “They are ready to hear answers. I stepped up to do this, and that’s what we are going to do.”

“We’re at this moment now where, in my view, probably the greatest senator in the history of Colorado, Cory Gardner, unfortunately, lost reelection, and so many people now view you as the face of the Republican Party in Colorado,” Caplis told Boebert. “You are certainly the most prominent, high-profile, elected Republican in the state right now and that’s no disrespect intended to anyone else.”

Gardner campaigned with Boebert during the final days of the election, appearing maskless in violation of health department rules in front of Boebert’s Shooter’s Grill in Rifle.

Boebert’s first post-election crusade is to refuse to accept the results of the election.

She tweeted yesterday that the “media has no say in when elections are called.”

“We definitely need to get our state back in the right direction,” said Boebert. “It’s terrible what we are seeing happen there. This is a very sad election year for Colorado. And I’m happy to be a bright spot in that. But we definitely have a lot of work to do.”

Caplis encouraged Boebert to enjoy her evening at the Trump Hotel, which he called “pricey” but a “very wonderful, romantic spot.”

The post Boebert Intends To “Give Voice” in Congress To Entire State of Colorado, Not Just Her District appeared first on Colorado Times Recorder.