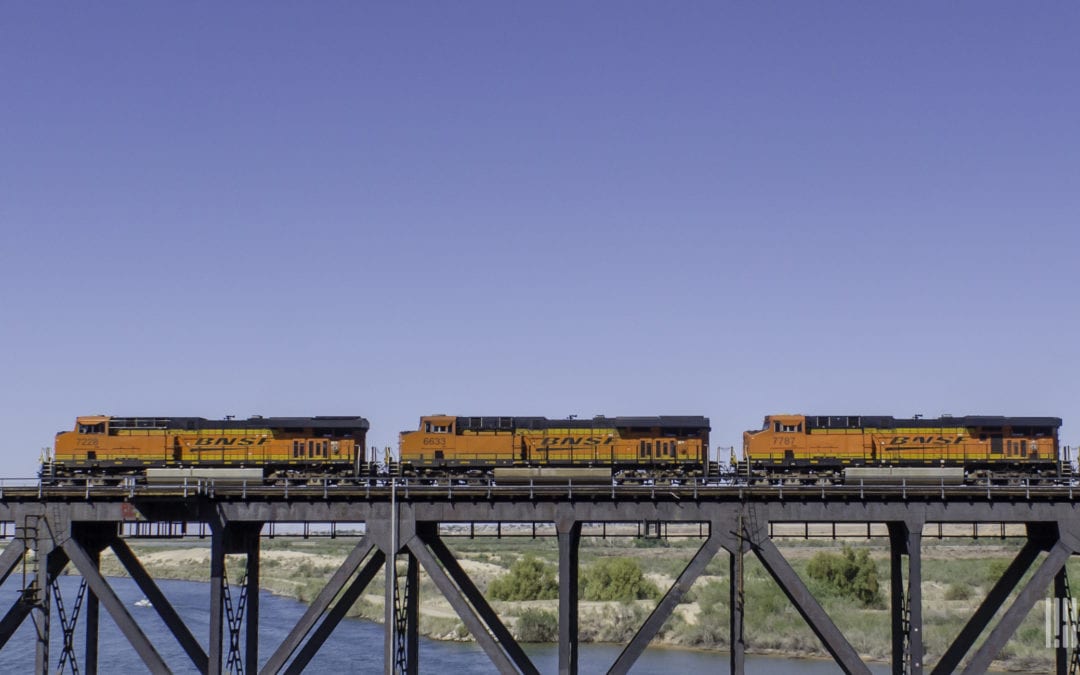 BNSF is actively looking for customers for the Logistics Center Hudson, located in the Denver area. The railroad recently celebrated the one-year anniversary of the first unit train rolling through. Construction on the property began in February 2019, and the unit train went through seven months later, BNSF said.

The Logistics Center Hudson has a 430-acre footprint, with customizable sites for customers. The facility can handle individual railcars as well as unit trains. Besides access to BNSF, potential customers also have access to Interstate 76.

“BNSF’s economic development team strategically selected Hudson for its locational advantages to connect our customers to the fast-growing markets of the Denver metropolitan area,” said Colby Tanner, BNSF assistant vice president of economic development. “When locating at Logistics Center Hudson, our customers can expect to save significant time and money benefiting from our team’s expertise, while extending their supply chain using BNSF’s consistent and reliable direct-rail service.”

An existing customer, Granite Peak Transloading, said it benefits from being at the Logistics Center Hudson because of the ability to build unit trains.

“We have currently built over 25,000 feet of track in Logistics Center Hudson, where we are able to work on three unit trains simultaneously, a capability that is not available elsewhere in the Denver area,” said Fred Bourne, the company’s vice president of business development. “Granite Peak Transloading looks forward to further expansion in the Logistics Center and working closely with the great team at BNSF.”

In September, final plans to construct a Denver-area industrial park were approved by the government. That facility will have a connection with BNSF competitor Union Pacific (NYSE: UNP).

OmniTRAX seeks to develop sites in Ohio, Georgia and Florida

Denver-based short line operator OmniTRAX is seeking to develop sites in northwest Ohio, the greater Savannah area in Georgia, as well as south Georgia and north Florida. OmniTRAX said the locations have access to the Class I railroads and proximity to major markets and infrastructure.

In Ohio, OmniTRAX’s Northern Ohio and Western Railway is launching the rail-ready sites program with the local Tiffin-Seneca Economic Partnership. Three sites, with parcels ranging from 14 to 72 acres, are available, OmniTRAX said Wednesday. The railway has interchanges with CSX (NASDAQ: CSX) and Norfolk Southern (NYSE: NSC), and current customers include producers of limestone, line and pressed board, among other industrial and manufacturing products.

In mid-September, OmniTRAX said it also has rail-ready sites along the 222-mile Georgia and Florida Railway (GFRR), which runs through nine counties across south Georgia and north Florida. The company is partnering with economic development organizations in Dougherty, Mitchell, Thomas, Worth, Brooks, Cook and Colquitt counties in Georgia and also Madison and Taylor counties in Florida.

The parcels along the GFRR span from 36 to 458 acres, and the railway has interchanges with CSX and Norfolk Southern (NS). Existing customers include those representing the agriculture, energy/petroleum, manufacturing (paper products, beer, industrial equipment), construction aggregates, building products and scrap metal processing industries, OmniTRAX said.

OmniTRAX is also seeking to develop more than a dozen sites in the Savannah Gateway Industrial Hub, which has access to CSX and NS. The company is working with the Effingham County Industrial Development Authority to develop the sites, which OmniTRAX said are “ideal locations” for plastics, aerospace, automotive and advanced industrial manufacturing, as well as logistics and distribution centers.