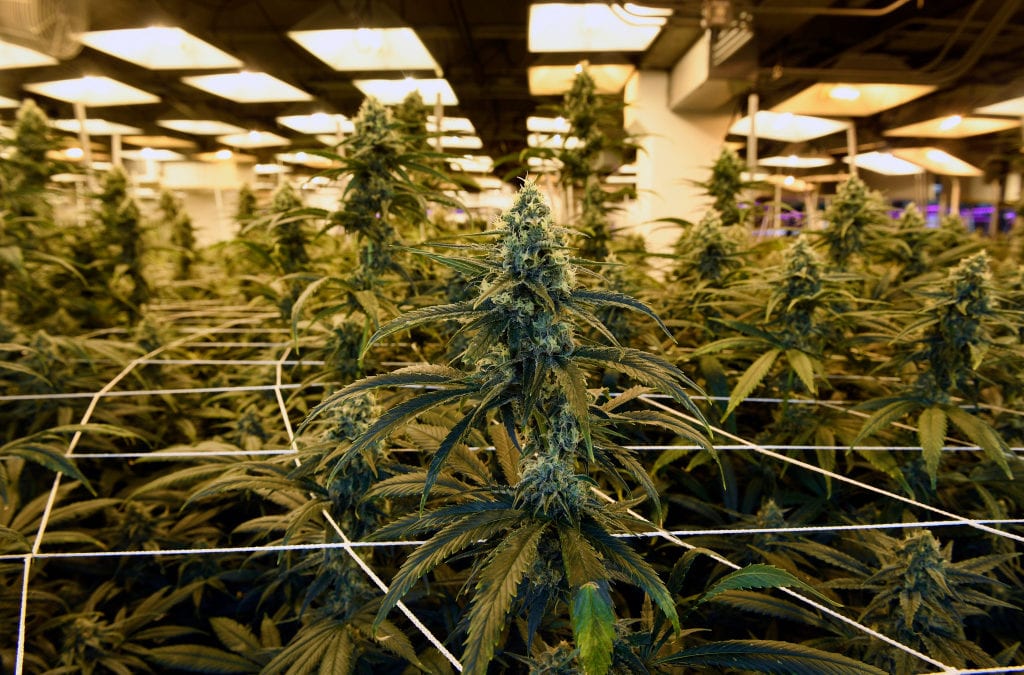 Colorado stocks, led by a blockchain company and a growhouse supplier, managed to outperform two out of the three major U.S. stock indices, despite having a heavy concentration of energy firms.

The Bloomberg Colorado Index, a price-weighted basket of 58 companies based in the state, rose 25.1% on the year, surpassing the 7.2% return in the Dow Jones industrial average and the 16.2% return in the S&P 500, but lagging the 43.6% gain in the Nasdaq composite.

“Annus Horribilis — the Latin term for horrible year. A pandemic, stock market crash, racial tensions, wildfires, and a most contentious presidential election, it could not have been any worse,” said Fred Taylor, president of Northstar Investment Advisors in Denver.

But the biggest surprise, one few could have predicted on March 24 when the S&P 500 was down 37%, was that the markets would hit record highs and reward investors with significant returns, Taylor said.

“In my view, one reason for this lightening-speed recovery was that unlike other market crises, it was easier for investors to understand what was going on and imagine how it might end: We all knew exactly what was causing the crisis (a pathogen) and what it would take to end it (a vaccine.),” said Tom Nun, portfolio strategist for Great-West Investments, the asset management unit of Empower Retirement.

Technology stocks had the strongest gains nationally, but that wasn’t the case in Colorado, where they were mostly absent, with the notable exception of Maxar Technologies.

Shares of Riot Blockchain, a Castle Rock company, were the state’s top performer last year, moving from $1.12 to $16.99. The holding company rode the renewed interest in cryptocurrencies to a 1,417% gain on the year. It also was a top performer in 2017, before coming under an SEC investigation, which was later dropped.

The next best performer was GrowGeneration, a Denver-based supplier of hydroponics equipment that rose 881%. Its shares surged because of timely acquisitions, a renewed interest in horticulture, and expectations that an incoming Biden administration would decriminalize marijuana nationally.

Liberty TripAdvisor, which owns about a quarter of the shares of TripAdvisor, had the third-best performing stock, up 305.9% on the year, which was remarkable given how roughly investors treated travel companies in 2020. Shares of TripAdvisor, an online travel booking site, were cut in half and ended the year down 5.3%, but only after good news on vaccines in November drove hopes for a rebound in travel.

As to the worst-performing stocks in Colorado last year, the list was dominated primarily by debt-laden oil and gas companies that fell on hard times after commodity prices cratered in early 2020.

Extraction Oil & Gas shares ended the year down 98.7%, and it was the highest-profile of a dozen petroleum companies in the state to file for bankruptcy protection. Sundance Energy shares were down 90.9%, while shares of Highpoint Resources dropped 89.1%, after adjusting for a stock split.