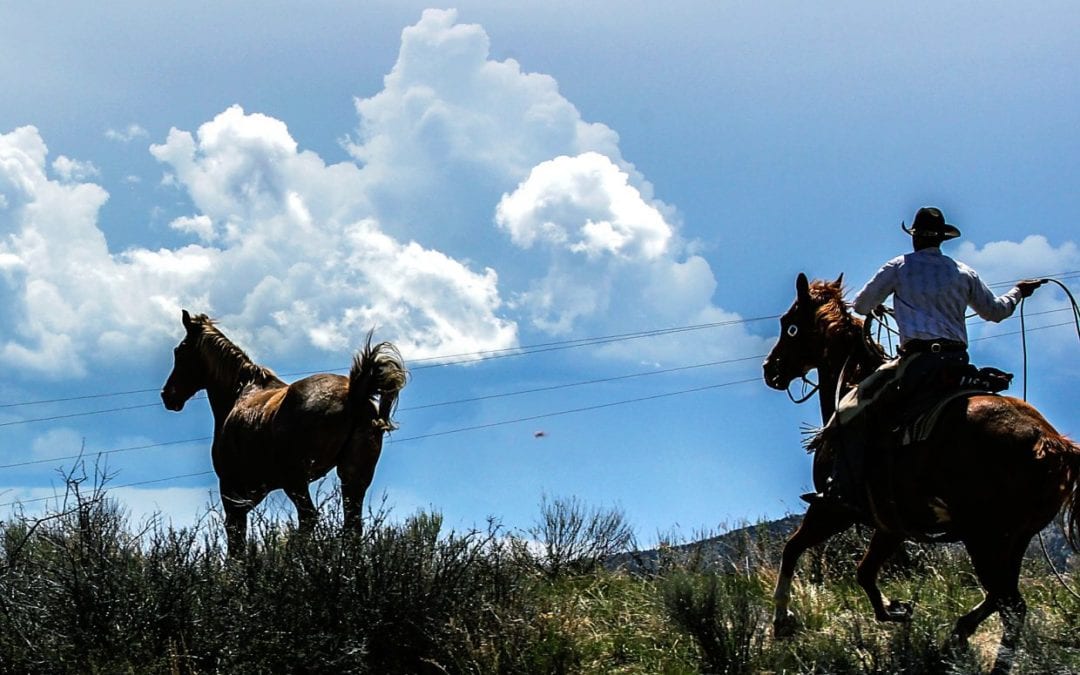 The Bureau of Land Management White River Field Office has postponed a public hearing to receive comments on a plan to conduct helicopter roundups on wild horses in western Colorado.

While there are no wild burros in Colorado, the BLM estimates the Western Slope to have more than 2,000 wild horses. The Bureau wants to reduce that number to about 800.

The meeting was originally scheduled to take place at the White River Field Office on Thursday. The BLM will reschedule the public hearing, offering an opportunity for members of the public to provide information to the BLM and comment on the proposed use of helicopters and fixed wing aircraft to track and inventory wild horse or burro populations; use of helicopters to gather and remove excess animals; and use of motorized vehicles to transport gathered wild horses or burros and conduct field monitoring activities.

To reduce the number of wild horses on BLM lands in Colorado, the agency conducts horse roundups using helicopters. The proposal for western Colorado being discussed at the public hearing on Thursday includes “use of helicopters and fixed wing aircraft to track and inventory wild horse or burro populations; use of helicopters to gather and remove excess animals; and use of motorized vehicles to transport gathered wild horses or burros and conduct field monitoring activities,” according to the BLM.

The roundups will be part of the BLM’s Wild Horse and Burro Program, through which the BLM seeks to achieve what it calls “healthy wild horses and burros on healthy public rangelands” in an effort to “protect animal and habitat health from the effects of overpopulation.”

But the practice is controversial, and opposed by many people including Rep. Joe Neguse, who represents the eastern portion of Eagle County in the U.S. House of Representatives. In 2019, Neguse pointed to the nearly 47,000 wild horses being held in captivity as evidence of a problem, not a solution, especially when juxtaposed alongside the roughly 88,000 animals still on the range.

“It is clear the BLM’s current practice of rounding up wild horses and burros and warehousing them off-the-range is not addressing the population growth,” Neguse said in a letter to the BLM.

The practice is expensive – the American Wild Horse Campaign estimates that each horse costs about $1,000 to round up, and $5,000 to maintain in a holding facility for life — and roundups often net 500 horses or more. An August 2020 roundup in Utah resulted in 563 wild horses captured.

In 2019, the BLM spent more than $85 million on the Wild Horse and Burro Program, with more than 70% of that going to private contractors for the gathering, removal and off-site housing of nearly 8,000 wild horses and burros. The BLM also spent more than $80 million on the program in 2018, removing 11,472 wild horses and burros from national lands. William Perry Pendley, acting director of the Bureau of Land Management, estimated the cost of the BLM’s wild horse population control efforts at $5 billion over the next 15 years.

Horse advocacy groups like the American Wild Horse Campaign say there’s a cheaper alternative available through use of the fertility control vaccine PZP. Neguse also supports that alternative, and in his letter to the BLM in 2019, the then-freshman representative called on the agency to be more committed to “the responsible development of the Wild Horse and Burro Program, to ethical and humane treatment of these animals, and to Congress’s understanding and oversight of the Bureau’s proposed methodologies — both in funding and practice — moving forward.”

In 2020, Neguse championed a bipartisan wild horse protection amendment which directs the BLM to use at least $11 million of its annual wild horse program budget on PZP dart gunning of wild horses. It received bipartisan support.

“I was proud to work with Republicans and Democrats to successfully pass a measure that would require the Bureau of Land Management to implement humane, reversible fertility control to manage wild horse populations through the Wild Horse and Burro Program,” said Rep. John Katko, a Republican from New York.

‘Their hoofs had disintegrated’

Bolbol says it’s a little bit like hunting, only when the hunter hits the target, the animal just flinches for a second and runs away. The dart gun operator then goes and retrieves the spent PZP dart, which works like a birth control pill for a horse.

Bolbol is the Director of Advocacy for the Colorado-based Cloud Foundation, a wild horse preservation group which opposes the practice of helicopter roundups and castration.

She said she has seen terrible things happen during horse roundups, and says PZP darting is not only cheaper, it’s much more humane.

“There’s no limit on the number of miles a horse can be chased by a helicopter,” Bolbol said. “When you go to observe a roundup, you’re only seeing (the end of the roundup). We aren’t able to see what’s going on for the majority of the roundup, but I have viewed horses when they take them off the range, in short-term holding, some of the babies had been running so long and hard, their hoofs had literally disintegrated.”

At that August roundup in Utah, in which 563 wild horses were captured, eight horses were killed during the event. A mare broke her neck when she crashed into a control panel, and a foal was euthanized after dislocating its front right shoulder during the roundup.

Once in holding, the horses are inoculated, the males are often castrated, and any horse that’s 10 years of age or older can be sold outright. Bolbol said she’s seen horses sold for as little as $10.

“And we’re seeing an uptick in the number of BLM-branded horses at slaughter auctions,” she said.

While the PZP darting amendment supported by Neguse was passed by the U.S. House of Representatives in July, on Nov. 10, the U.S. Senate Appropriations Committee went the other direction by adding more money to the horse roundup program, instead.

In a report delivered to Congress in May, the BLM said that it intended to use its Wild Horse and Burro Program funding to round up as many as 20,000 wild horses and burros per year from Western public lands.

The American Wild Horse Campaign estimates that rounding up those 20,000 horses per year and housing them in taxpayer-funded holding corrals will cost American taxpayers $1 billion over the next 5 years.

“The Senate Appropriations Committee is throwing even more money at the BLM’s unsustainable program without any requirements to change the broken management system,” said Suzanne Roy, Executive Director of the American Wild Horse Campaign. “The House has sent the BLM a strong bipartisan directive to quit tossing away hard-earned tax dollars on brutal helicopter roundups and holding corrals and begin implementing PZP birth control — the Senate should join them.”

Horses compete for much of the same rangeland as cattle, which is one more problem for cattle ranchers who are are constantly having trouble keeping their government-owned rangeland well watered, full of grass and free from predators.

Wild horse herd areas on BLM land in Colorado have been reduced from a total of 723,095 acres in the early 1970s to 365,988 acres today under the Wild Horse and Burro Program.

“They’ve zeroed out half of the wild horse habitat in the White River field office,” Bolbol said.

Many of the holding areas to which the wild horses are moved are also owned by ranchers, however, so the pressure for roundups is being applied from several angles within the ranching industry, which benefits by not having to share rangeland with as many wild horses while also receiving the lucrative off-site housing contracts to warehouse the horses after they’re rounded up.

Benjamin Gruber, the BLM’s Acting Deputy State Director of Resources in Colorado, said the Bureau is committed to their mantra of healthy wild horse and burro populations on healthy rangelands.

“Use of motorized vehicles and aircraft helps us to efficiently monitor and manage wild horse populations,” he said. “The more efficiently we can do our job, the more effective we can be at protecting and preserving these iconic animals.”

Thursday’s public hearing is scheduled to take place from 6-7 p.m. at the BLM White River Field Office, located at 220 E. Market Street in Meeker. Face coverings will be required and only 10 people will be allowed in the office at one time. If necessary, once people have provided comment, they will be asked to exit so that others may enter the building to provide comment.

Bolbol says while she hopes wild horse advocates speak out at Thursday’s public hearing, she is not holding out much hope for a change in the status quo, a practice that she says takes away the two things most important to a horse, freedom and family.