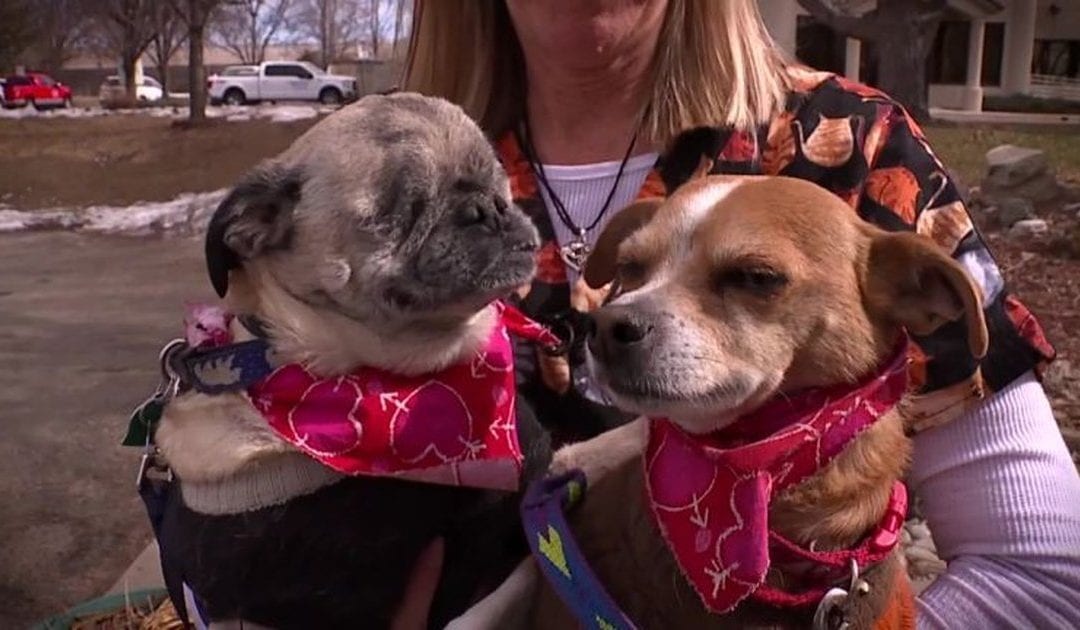 The Colorado Pug Rescue in Greeley, Colorado is appealing the public for a forever home for two of their fosters: a blind pug named Augie, and his seeing-eye dog Pepe, who is a Chihuahua. The pair come as a packaged deal.

12-year-old Augie and Pepe ended up with the rescue back in August 2019, after their owner passed away from a terminal illness. Following some medical setbacks and foster care, the pair are ready for their forever home.

As Cyndi Trimber explained to FOX31 Denver, “It was kind of like a package deal. When Augie came, [Pepe] came with him. They’ve been taken from the only home they knew and they’re thrown into another home. They really had to depend on each other to get through it.”

Cyndi is a volunteer with the pug rescue and is also currently fostering Augie and Pepe until they’re able to be placed in a forever home.

“They sleep together, they eat together. It’s really sweet they depend on each other like that,” she said.

Their bond is quite strong since apparently Augie had to heavily rely on Pepe for support since coming to the rescue. When Augie first came into the rescue, he was discovered to have a heart murmur. This caused the rescue to send him to a specialist for an echocardiogram. 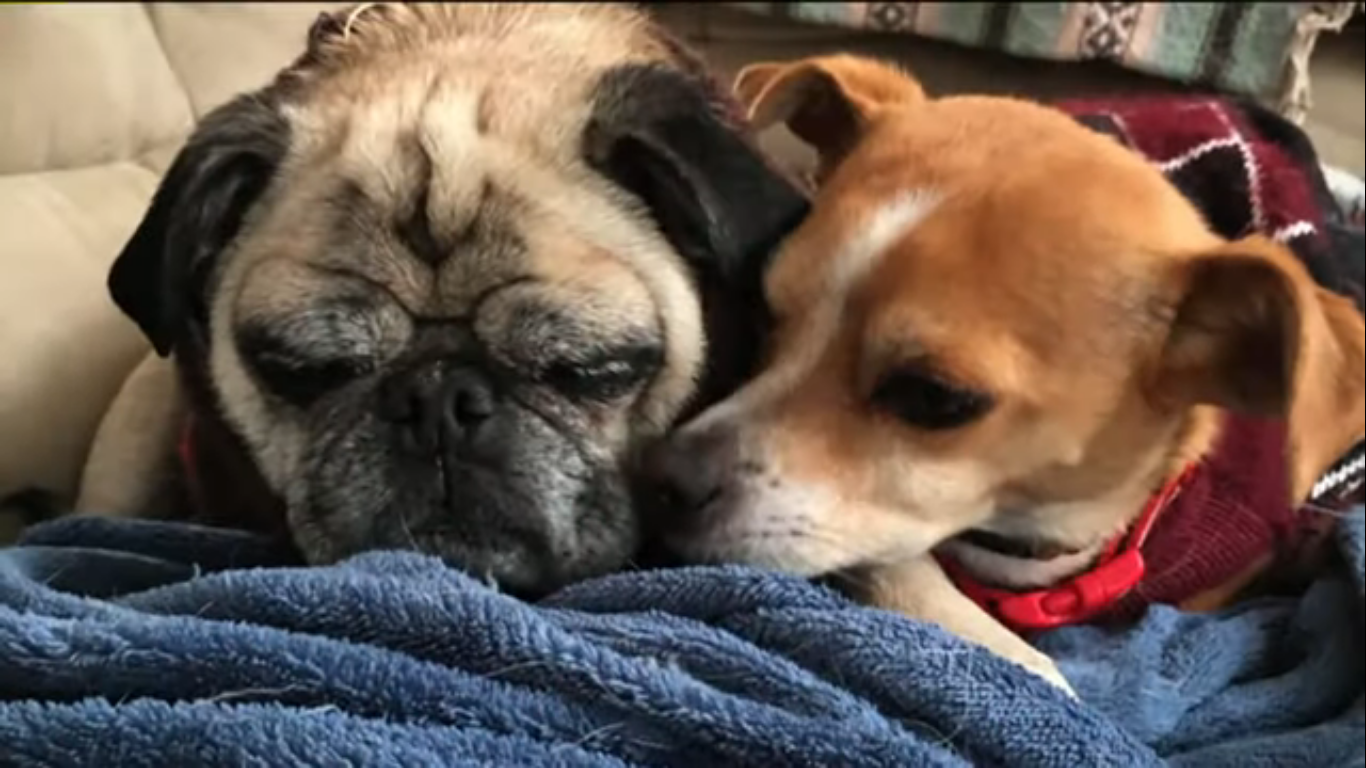 Thankfully, the vets concluded that there was nothing alarming about his heart murmur, however, the pug then developed a mild case of pneumonia which had to be treated with antibiotics and cough medicine.

Once that ordeal was over, poor Augie then had to undergo surgery to correct some dental issues, as well as fix some optical complications. Augie has been blind for most of his life, however, he had to have his eyes removed. He also had major dental surgery – all of which meant that the rescue was facing a vet bill of $3,100.

“It racked up a really huge bill,” Cyndi said. “I went to pick him up and I’m like, ‘Holy!’ We’re a foster group. How are we going to afford this?”

The Colorado Pug Rescue is hoping that they’ll be able to count on the kindness of strangers to get them out of the pinch. If you or someone you know would like to donate towards Augie’s medical bill, you can click here.

Meanwhile, anyone who would like to offer these two pals a forever home should click here to get in touch with the rescue.

Watch the video below: