Blame the media? Let me introduce you to a few in Colorado first | Vince Bzdek 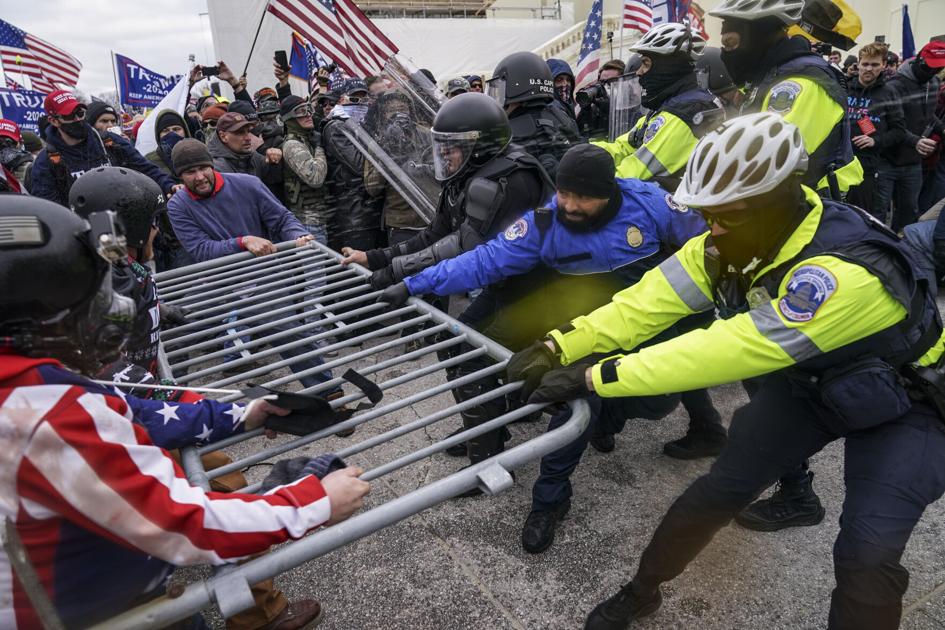 During the sacking of the Capitol last week, someone engraved the words “Murder the Media” on one of the doors of democracy’s cathedral. And members of the news media who were reporting on the violence that day were secondary targets, threatened and surrounded at times, their colleagues inside forced to shelter in secure locations for hours.

We’ve held meetings this week at The Gazette to train our journalists on the best way to dodge bullets if violence comes to state Capitols this week.

How did we get to these fearful, broad-brush days, when everyone and every institution is painted into one warring side or the other? What happened to the shining city on the hill we built when we first came over to the New World?

And how did the cacophonous, argumentative “Media” get all lumped together anyway, as if “The Media” were some monolithic malignant force in which all its members work surreptitiously in cahoots? If you have ever met an individual journalist, you know that we are hardly so organized or prone to cooperate.

So let’s be clear: There really is no such thing as “The Media.”

It might help to make a distinction between media and journalism here. Journalism has a long history of credibility, fairness, and accuracy, of providing context, perspective, analysis. These are actually the biggest selling points for true journalism right now in a media landscape awash in all levels of professionalism.

Cable TV is not journalism.

Misinformation is the opposite of journalism.

What’s even better is to make a distinction between media and journalists, the flesh-and-blood, truth-loving creatures who try to bring you the news as honestly as they can, without any overarching agenda.

So let me take a stab at puncturing the abstraction and introduce you better to the individual, real “media” in your backyard.

The media is Joey Bunch, senior correspondent and deputy managing editor at Colorado Politics, who also contributes to the Denver and Colorado Springs Gazettes. The Alabama native’s 34-year career as a reporter includes stints at CNN, the Denver Post and many years covering civil rights in the South. Bunch was on the Denver Post team that won the Pulitzer Prize in 2013 for Aurora theater shooting coverage. He has been nominated for the Pulitzer Prize five times and has been a finalist twice.

“Can a story change the world?” Joey asks. “It is the only thing that ever has.”

The media is Woody Paige, a sports columnist for the Gazette and a regular panelist on the ESPN sports-talk program “Around the Horn.” He was a columnist for the Denver Post for 35 years, and is a member of the Pro Football Hall of Fame Selection Committee and a Baseball Hall of Fame voter. Woody doesn’t think we journalists should take ourselves too seriously. He likes to share his folk wisdom on a chalkboard on ESPN, things like: “A chicken crossing the road is poultry in motion.”

The media is Jim Trotter, associate editor of the Gazette and former managing editor of the investigative team at Rocky Mountain PBS in Denver. When he was AME/project editor at the Rocky Mountain News, Jim oversaw the series, “Final Salute,” which won the 2006 Pulitzer Prize for feature writing. Jim has also written for The Sacramento Bee, the San Jose Mercury News, the Atlanta Journal-Constitution, the Miami Herald and the Austin American-Statesman. Some of the writers he’s nurtured wrote this about him once: “What places Jim among the best editors of his generation is his ability to point writers toward a better understanding of the human condition and the role journalists can still play in making that condition just slightly better.”

The media is Chris Reen, new president and CEO of our parent company, Clarity Media, a 30-year veteran of the media industry. Reen also serves as publisher of the Colorado Springs Gazette, and is the immediate past president of the board of directors for America’s Newspapers, the nation’s leading trade association of the newspaper industry. Previously, Reen held executive positions in Oklahoma, New York, Pennsylvania, and Florida. Chris is a strong believer in local ownership like ours. “It’s not a matter of mission or margins,” for private owners, he says. “I think there’s room for both mission and margin.”

The media is Christopher Osher, a senior investigative reporter and editor for Colorado Watch, the Gazette’s investigative team. He formerly was an investigative reporter at The Denver Post and worked at newspapers in Virginia, Iowa, Ohio, Arkansas and Pennsylvania. His work has spurred many new criminal investigations and criminal charges, new laws and regulations, resignations and legislative initiatives. His series “Failed to Death,” which exposed the deaths of Colorado children under the watch of the state’s child protective system, has likely saved some lives as well.

The media is Linda Shapley, former managing editor of The Denver Post and now managing editor of Colorado Politics, who has more than 30 years of experience in journalism and used to raise prize dairy cattle when she was growing up in rural Weld County.

The media is Tom Cronin, columnist for the Gazette who has written multiple best-selling books on the American presidency and is a former college president and longtime Colorado College political science professor.

The media is editor Janet Day, alumni of the Denver Post, Bloomberg News and The Rocky Mountain News, and former assistant managing editor at Newsday on Long Island who also knits a mean quilt in her spare time.

The media is John Boogert, managing editor of the Colorado Springs Gazette and former executive editor of the Centre Daily Times, deputy editor of the Wichita Eagle, and Internet news editor of the Rocky Mountain News. When John isn’t working, he obsessively listens to police scanners and often visits the scenes of crimes in action. In other words, he’s working even when he isn’t.

The media is Jim Bates, the News Editor overseeing day to day operations of The Denver Gazette. He worked for more than 30 years at The Denver Post in a number of jobs, including Executive News Editor, Deputy Managing Editor, Sunday Editor and Deputy National Editor. He went to law school for a while, but decided journalism was a higher calling.

Our company is made up of dozens and dozens of other like-minded souls, the biggest, most experienced staff in the state of Colorado.

In other words, the media is not a thing, but a collection of human beings: imperfect, often disheveled, but noble in their intent, with a deep love of their craft and your city.