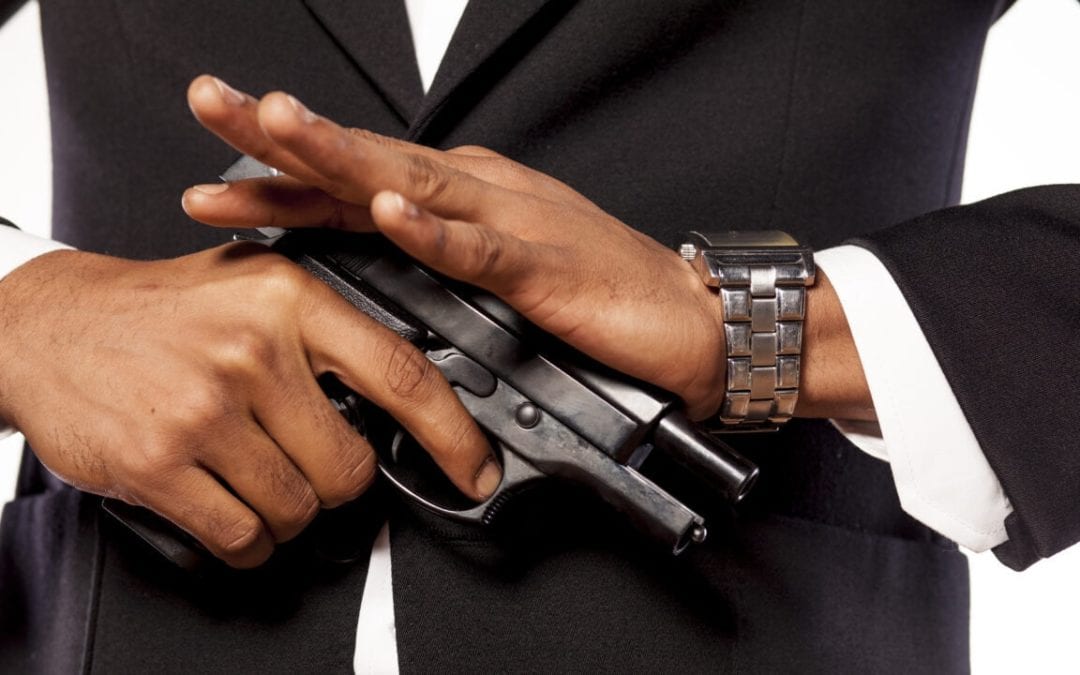 DENVER (AP) — Shawn McWilliams held a gun inside a dark room at a new armory in Denver’s historically Black Five Points neighborhood, explaining the importance of practice to a group of mostly new gun owners, all of them Black.

“If you just got your concealed carry permit this year, we want you here,” McWilliams said. “I want to train you.”

The 1770 Armory and Gun Club is Colorado’s first Black-owned gun club, and it opened its doors recently as Black people increasingly are arming themselves amid a pandemic and racial division within the United States.

In Aurora, a church pastor recently started a gun club for Black residents and other people of color after seeing a demand for it in his community.

“Given the place in which we are in America — politically, racially — African Americans don’t feel safe anymore,” said Wanda James, the gun club’s co-owner. “It’s a sad scenario when people don’t feel comfortable in their homes, walking down the street or in their cars.”

In the first six months of 2020, a record 10.3 million firearm transactions were processed by U.S. retailers, according to a report from the National Shooting Sports Foundation. Among those sales, the highest overall increase in purchases were among Black men and women, who bought 58.2% more guns in the first half of 2020 when compared with the same period in 2019, the report found. Overall, Black men made up 9.3% of all firearms sales while Black women accounted for 5.4% during the period.

Still, Black people are less likely to own guns than white people. In 2017, about a quarter of Black Americans owned a firearm while 36% of white people did, according to a Pew Research Center study on gun ownership in the United States.

READ MORE: Walmart backtracks on removing all guns, ammunition from U.S. stores in preparation for election

There is no comprehensive gun sales data that shows racial demographics for Colorado. But the Colorado Bureau of Investigation’s background check database — an indicator of the number of gun sales in the state — shows a significant increase in purchases in 2020.

‘You’ve got to protect your family‘

When the novel coronavirus pandemic struck in mid-March and stores started running low on food and household supplies, James Beverly reconsidered his stance on gun ownership.

So Beverly purchased a Sig Sauer P-365 9 mm handgun, one of the most popular models for people who want to carry a concealed weapon. Until then, Beverly said he never considered himself a “gun person.”

But Beverly recently found himself at 1770 Armory to check out the range.

The owners chose Five Points so the new range would be affordable and accessible to people in Denver. And while the neighborhood is undergoing considerable change through new development, lead instructor Master Young said, “I want people to know that in the middle of this reconstruction there are still Black-owned businesses in the community.”

The owners chose the name 1770 after the year the American Revolution started and the year Crispus Attucks, a Black man who is widely considered the first American to die in the revolution, was killed.

At 1770, shooters won’t find a live-fire gun range. Denver prohibits those, but Young said the club has partnerships at outdoor ranges in other counties for its members.

Instead, the range uses an infrared simulator where computer cartridges shaped like bullets are inserted into a gun’s chamber, and those cartridges send signals to a computer that records the shots fired at targets mounted on the walls.

From there, McWilliams and the other instructors analyze a shooter’s grip, stance, trigger pressure, breathing and aim.

Using a simulator saves members the expense of ammunition, which is rising in price as Americans stockpile it, James said. Boxes of 9 mm ammo are hard to find because that caliber of handgun is so popular, James said, and when a shooter finds a box it can cost $35 to $50.

All of the trainers have multiple licenses and certifications to teach people to shoot pistols, shotguns and semi-automatic rifles, and to help them earn a concealed carry weapons permit.

Young, an Army veteran who has been teaching for 14 years in Colorado, most recently was the range manager at Cherry Creek State Park, where he met Anubis Heru, another instructor at 1770.

They became friends when Heru brought his son to Cherry Creek to shoot.

Derone Armstrong, pastor of Leake Memorial Church in Aurora, is leading the charge to form a new local chapter of the Black Gun Owners Association.

He started the group after talking to other Black gun owners in Aurora, who said they felt uncomfortable at a predominantly white range, and with the encouragement of his wife, who decided she wants to get a concealed weapon permit.

“I’ve been talking to her about getting a concealed weapons permit to protect herself because of the state of this country,” Armstrong said.

Church members started talking about arming themselves after the 2015 shooting at Emanuel AME Church in Charleston, South Carolina, where nine people, including the pastor, were killed by a white supremacist.

“When the pandemic hit, it escalated. People became fearful because they didn’t know what was going to happen with the hoarding,” Armstrong said. “And then with the rise of racism and white supremacy, people want to protect themselves.”

Armstrong grew up hunting and firing guns and he continues to hunt. He understands the nervousness Black people have in the current political climate, especially in rural areas. He recalled a recent rabbit hunt in Kit Carson County where he saw a large Confederate flag flying on nearby property.

“I thought, ‘Derone, you’re way out here. You better watch out,’” he said.

The new Ethnic Ordnance group, which will be a chapter of the Black Gun Owners Association, earlier this month formed a board of directors, created a logo and mission statements, and filled out paperwork for nonprofit status.

“Part of our curriculum will be to teach our people to protect their families,” Armstrong said. “We don’t know what’s going to happen after this election.”

Traditionally, many African Americans have eschewed gun ownership because firearms were associated with street gangs and because people with liberal political views often are opposed to guns, James said.

Black people also are afraid to carry guns in case they encounter police, fearing it will bring them unwarranted trouble, Young said.

Since moving to Colorado in 2006, Young said he has been stopped by police four times — including once when he was walking in Five Points while wearing an Oakland Raiders jersey — but his training helped him navigate the situation and deescalate any perceived threat an officer might have felt when encountering a Black man with a gun.

This year, Young has taught 300 people in concealed weapons classes, a requirement to receive a state permit. Only five were non-Black, he said.

Now, the gun club owners and the Aurora church pastor want to educate all those new owners on how to use their weapons responsibly.

“Honestly, to be frank, it’s the state of politics right now. White supremacy is on the rise,” James said. “It’s not as safe as it used to be. A lot of people are buying out of fear right now.

“Now that they have it we want to step in and fix that fear. The people who are afraid are the people who we will have problems with later. They’ll be the ones who shoot the wrong person.”