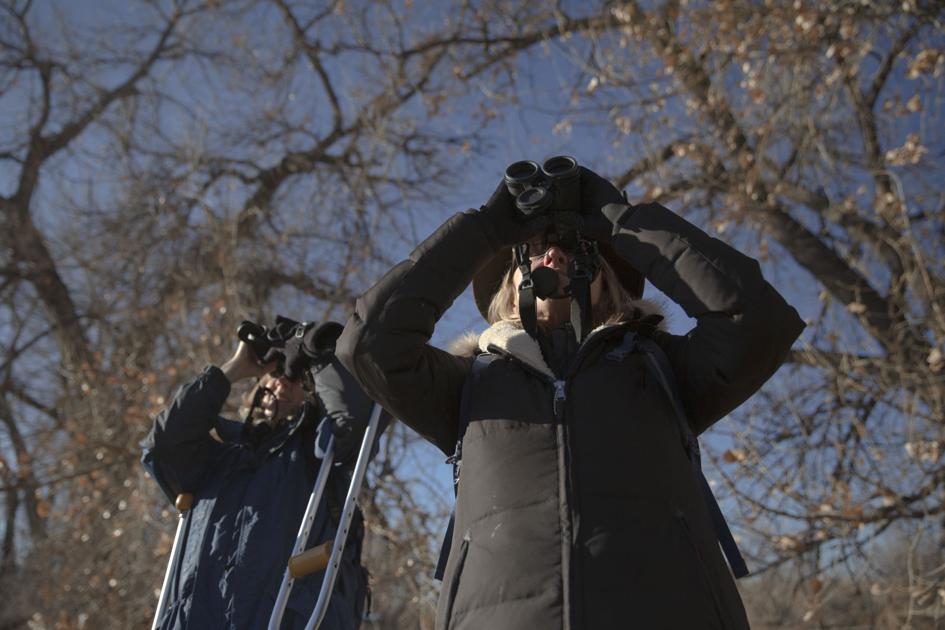 By this time next year, Jessica Miller hopes her group of bird watchers have become full-fledged birders.

The Fountain Creek Nature Center Interpretive Program coordinator first offered “Birding 101” at the nature center, which crammed a bunch of information into two classes and two field trips. That was a bit overwhelming for people, she decided, so she recently started the Adult Birding Club, which meets one Thursday evening monthly and goes on one monthly Saturday morning field trip, where they explore good bird-watching spots in eastern El Paso County.

“The idea is taking them from a casual interest in nature and birds, to a year from now having confidence and being some of the top-tier birders in the county,” Miller says.

“Hopefully, they’ll participate in bird counts and citizen science, like eBird, and contribute to global understanding.”

While the club is full, Miller has a wait list and recommends calling to see about the possibility of attending a class or field trip. Each session is $15.

Most attendees have bird-watching experience, but the class is designed for any level. Miller wants to go at a “casual, slow, friendly pace to absorb things and feel good about it and not get over our heads.”

The club’s first meeting touched on the basics: bird anatomy, learning to use binoculars, good bird etiquette, how to not annoy other people on the trail and leaving no trace. Next up was learning about feeder birds, the ones most likely to show up at your backyard feeders.

As the group learns about some of the 500 or so possible birds to see in Colorado, they’ll take trips to spots where they might see them, including Pineries Open Space in Black Forest. The 9-mile loop takes visitors through land damaged by the Black Forest fire in 2013.

“Last July I walked through and saw a common nighthawk flying around,” Miller says.

“There are red-tailed hawks, tons of pygmy nuthatches, flycatchers. The highlight was an American three-toed woodpecker. That’s not coming to a backyard feeder, but it’s a woodpecker that would excite any level of birder. They like to follow recently burned pine patches.”

Miller also leads the Junior Birding Club for ages 8-17; the group meets quarterly on a Saturday morning. Half the class is spent inside on a lesson and craft, and the second half is spent outdoors practicing the lesson. The next meeting is May 29 and devoted to warblers. There are a few spots available. Admission is $5.

There’s a psychological component to Miller’s love of bird watching: the feeling of collecting.