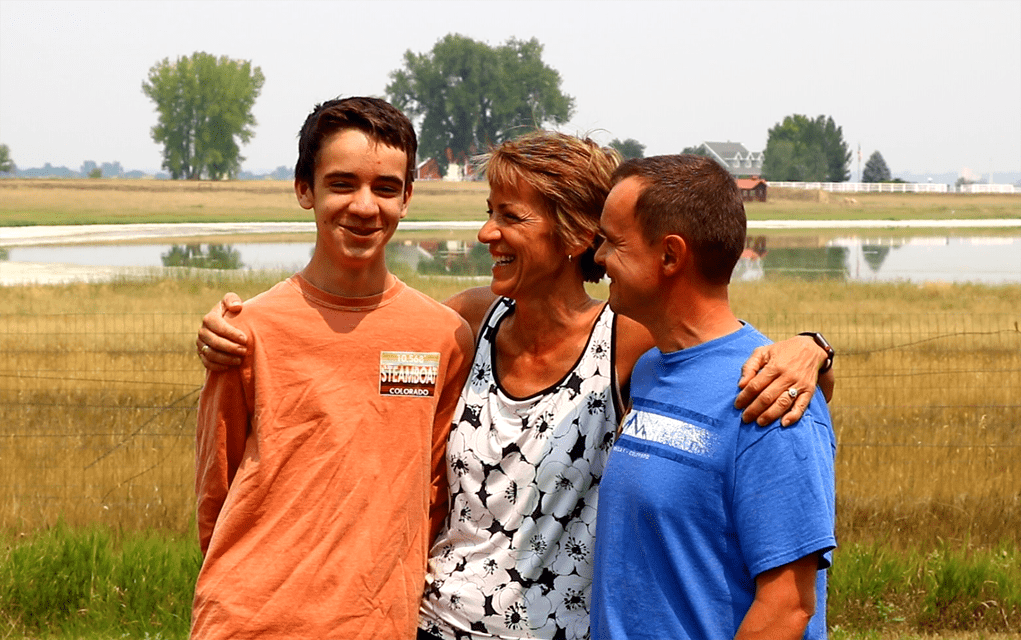 “Are you happy with this?” one student asks through the camera.

It’s a short clip, but one packed with power. And in 2019, it drew support from Ontario teachers, who asked their pension to stop the expansion. With the additional help of Extinction Rebellion protests, the expansion plan was rejected in February.

Now, the same method is being employed by 350Colorado and its Canadian partner organization, Shift Action for Pension Wealth and Planet Health, in an attempt to get the Canadian Pension Plan (CPP) to divest its oil and gas holdings, specifically its 95% control of Crestone Peak Resources, which operates throughout Colorado. (See: News, “Oh, Canada,” March 21, 2019.) It’s the first time such a cross-border collaboration has occurred.

“We’ve noticed that Canadians actually really do care where their pensions are invested, but they don’t know,” Adam Scott, Shift’s director, says. “Bringing voices of the communities that company is impacting to Canadians is a really important way [for] Canadians to understand the impacts of those investments … and we know that when people learn these things, then they take action.”

Shift was founded three years ago to specifically target Canada’s 10 largest pension funds, which are some of the largest funds in the world, including CPP. Worth approximately $410 billion Canadian dollars, or about $311 billion U.S., CPP is the national retirement strategy in Canada, somewhat equivalent to Social Security in the U.S., although it’s a privately managed investment fund, Scott says. Shift and 350Colorado connected through the Climate Safe Pensions Network, a group of a dozen or so organizations across North America “calling on pension funds to do more to protect our pensions in light of climate risk,” says Deborah McNamara, campaign director for 350Colorado.

Set to release later this month, the video coincides with a new report published Sept. 17 from the Canada Climate Law Initiative (CCLI) that calls on the CPP to refocus its investments in order to help Canada transition to a low-carbon economy and meet its national climate goals in accordance with the Paris Agreement.

“Canada has struggled deeply with climate change and only the current government has actually put in place a federal policy on it,” Scott says. “But that said, Canada’s politics are deeply influenced by our oil and gas industry in a really disruptive way. And that’s where they limited our ability to deal with climate change across the board.”

The CCLI report examines CPP’s public and privately held oil and gas investments in light of national climate policy, and comes on the heels of a report released in late 2019 from the Canadian Center for Policy Alternatives that looked into CPP’s public equities portfolio and found it “has invested billions of dollars in companies whose financial worth depends on overshooting their carbon budget.”

It also raises concerns over the financially risky investments given the decline of the industry, a downturn exacerbated by the coronavirus pandemic.

“It’s a terrible investment,” Cynthia Williams of the Osgoode Hall Law School at York University in Toronto, and author of the CCLI report, says . “Fracking is like a Ponzi scheme, right? You have to  constantly be drilling new wells to pay back your prior investors because of the decline rates in wells. So from a purely financial perspective it looks like a bad investment.”

In her report, Williams specifically examines six transactions where CPP created private companies in fracking and oil sands, including Crestone Peak Resources in Colorado, and she raises issues of transparency, potential conflicts of interest and political contributions in local elections. Crestone was formed in 2015 by the CPP (called the Canada Pension Plan Investment Board at the time), in order to purchase all of the oil and gas assets in the Denver-Julesburg Basin owned by Encana, then one of the largest producers in Colorado. In 2018, the company contributed more than $600,000 to defeat Proposition 112, which would have required mandatory 2,500-foot setbacks of oil and gas developments from homes and schools.

“It is a company that’s 95% owned by the CPP,” Williams says of Crestone Peak. “Its board of directors included CPP employees at the time (of purchase). And I just thought that was a very bad judgment, and that CPP would do that and get involved in the politics of another country in order to protect oil interests is appalling.”

Williams has sent her research to CPP, but has yet to meet with anyone there as of this publication. CPP has said they are still reviewing Williams’ paper, but did make clear that any political contributions in Colorado came directly from the U.S. operations and no CPP investments were used in relation to political donations. CPP did not respond to Boulder Weekly’s request for comment as of press time.

“These actions are neither in the best interests of beneficiaries and contributors, nor consistent with the requirements of intergenerational equity that are a constituent part of pension trustees’ fiduciary obligations, and that they present undue risk of continuing financial loss,” the CCLI report concludes. It also urges the CPP to intentionally focus on supporting Canada’s transition to a low-carbon economy by investing in companies working on sustainable technologies.

“I think it’s important that the focus be on what they could be doing in a positive way to support the transition,” Williams says. “That’s really the bottom line we hope to present in Canada.”

Williams is involved with the Network for Sustainable Financial Markets, which has looked at a variety of pension funds across the world, and was able to use that knowledge as she examined CPP.

“There are other pension funds, the pension fund in Quebec, for instance, and the ones in the Netherlands, the ones in Japan that see sustainability as a much more important part of their investment strategy,” she says.

“And there’s recent precedent where when sketchy investments like this have come to light and gotten some media attention, the [CPP] has quietly divested its holdings,” Scott adds.

In 2019, in the middle of the international uproar over the U.S. detention of migrants along the U.S.-Mexico border, CPP quietly divested from both CoreCivic and GEO Group Inc. This followed reporting from the Guardian and Documented that revealed the CPP held investments of about $8 million in the companies, which manage most of the immigrant detention facilities in the United States.

“The Pension Plan is very sensitive to having a flashlight shone on different parts of the portfolio,” Scott says. “[Crestone] is one of many dangerous destructive projects they’re invested in, but this is a very clear example of one where it’s not compatible with anything that they say that they’re doing when it comes to climate or even responsible investing more broadly.”

The 350Colorado video features Boulder County residents affected by residential drilling and air quality, informing Colorado pensioners that, “Oil and gas production in Colorado is one of the leading causes of our poor air quality that consistently fails to meet federal clean air standards.”

There’s Leslie Weiss in Niwot, near a proposed Crestone development that if built could adversely affect the health of her household, including someone with Down syndrome and respiratory issues. Another resident stands near the Crestone site southeast of Longmont, where a flash fire injured seven in late 2019. Giselle Herzfeld, Fossil Free Pensions campaign coordinator for 350Colorado, addresses the camera outside of Aspen Ridge Preparatory School, where toxic gases were leaking from a nearby Crestone site in 2017. The video also highlights the financial impacts as well as the health and climate impacts of fossil fuel extraction, as the CCLI report indicates.

“If you understand climate change, you would know immediately that there is no long-term future for these investments,” Scott says. “And by making investments of this type they’re demonstrating they don’t actually understand the climate crisis at all.”

The hope is to circulate the video from Colorado among Canadian pensioners and solicit public comment for CPP’s upcoming fall public information sessions, which occur every two years as required by law, Patrick DeRochie, pension engagement manager for Shift, says. Which is where the partnership with 350Colorado comes into play.

“If Canadians were to know what was being done with their retirement savings,” he adds, “they would not accept that.”

The post Binational partnership calls on the Canadian Pension Plan to divest from its Colorado oil and gas holdings appeared first on Boulder Weekly.