Big Tech asserts its influence in Colorado, but the U.S. Senate candidates aren’t willing to discuss it 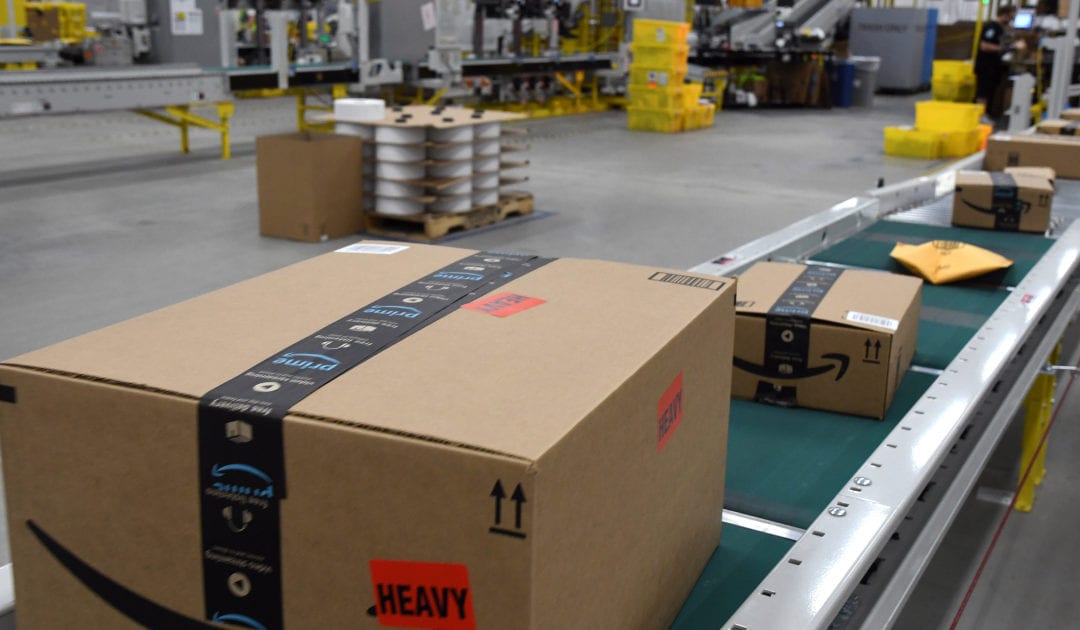 When Boulder-based phone accessory company PopSockets decided it was tired of being “bullied” by Amazon, the company terminated its relationship in 2018. It cost them $10 million in lost revenue.

“We didn’t feel like it was a true partnership, and there was this asymmetry with much of the communication where it was as if an adult was talking to a child,” Barnett said.

The experience of PopSockets, which employs about 150 people in Colorado, illustrates the bipartisan push in Congress to regulate technology giants and informs the high-profile congressional hearing in July into workplace conditions and antitrust laws.

But it’s not an issue that the two major candidates in the Colorado’s U.S. Senate race will talk much about. Neither Republican incumbent Cory Gardner nor Democratic challenger John Hickenlooper addresses tech conglomeration on his campaign website and neither campaign answered questions posed by The Colorado Sun about where they stand on related policy issues.

The silence highlights both candidates’ ties to Big Tech.

In 2019, Gardner toured an Amazon facility in Thornton, which was part of the company’s lobbying outreach, and he has also accepted substantial campaign contributions from the company.

Hickenlooper, who as governor courted tech jobs and oversaw an expansion of the tech economy in Colorado, initially challenged the industry in his unsuccessful presidential bid but has not done the same in his current bid. The family foundation of Jeff Bezos, the Amazon founder, also donated money to the governor’s office under Hickenlooper for a childhood literacy initiative.

The question about tech giants hits home in Colorado

The central questions in the national debate are particularly relevant in Colorado, where the technology industry has established a major presence. The Denver and Boulder areas are now home to regional offices of Google, Facebook, Twitter, Salesforce and Amazon, the latter of which recently expanded its tech hub in Denver by another 100 workers.

Approximately 584 tech companies occupy 11.5% of the available office space in the Front Range according to CBRE Group, a commercial real estate firm that tracks office leasing nationwide. That has translated into 39,000 additional tech jobs in the Front Range, a growth of 26% in tech employment between 2009 and 2019.

And earlier this year, the congressional debate about the role of Big Tech came to Boulder for a hearing where representatives from smaller tech companies, including PopSockets, told members of Congress how they experience the weight of the tech giants.

PopSockets survived the hit from spurning Amazon and is back to doing business with the retailer in a smaller capacity, Barnett told The Sun. But Colorado has many other start-ups, and large technology companies’ continued power could be “a death blow to small businesses over the longer term,” said Sarah Miller, president of the American Economic Liberties Project, an anti-monopoly advocacy organization.

A bevy of political issues inform the debate about America’s big tech firms — from anticompetitiveness, political biases, data privacy, workers rights and more — but most center on a core concern that America’s tech companies have grown too powerful.

Nationwide, concern among voters is growing, as an August poll from Morning Consult and Politico shows that 45% of adults want presidential candidates to be more critical of the technology industry, up 5 percentage points from 2019.

Two members of Colorado’s congressional delegation are part of the current conversation. U.S. Rep. Joe Neguse, a Democrat from Lafayette, is the vice chairman of the House Antitrust, Commercial, and Administrative Law Subcommittee and has been vocal about the impact of Big Tech in his district. And U.S. Rep. Ken Buck, R-Windsor, is another member of the subcommittee who has questioned tech leaders.

Some observers believe Congress is poised to take action to regulate the tech giants — making the viewpoints of the candidates in the 2020 election all the more important. “People both on the left and the right are saying, ‘enough,’” Miller said.

Where Gardner and Hickenlooper stand on tech issues

In the U.S. Senate, Gardner is a lead co-sponsor on bipartisan legislation to increase government coordination of the development of the Internet of Things. The DIGIT Act, which won approval in the Senate and now sits in the House, would create a working group to bridge between the federal government and private tech companies as they work on developing increasingly interconnected technology in everyday items.

His role in the bill is one reason why Amazon, a supporter of the legislation, has courted Gardner.

Bezos, Amazon’s founder — and his then-wife Mackenzie Scott and some top executives — each donated the legal maximum to Gardner’s reelection campaign in 2018, an infusion of at least $54,000 into his campaign, according to CNBC. The cash influx was unique because Gardner was not up for reelection that year, and federal campaign finance records show Bezos has rarely donated to senators who don’t represent his home state of Washington.

The donation came after Amazon opened a distribution facility in Aurora and was considering Colorado as a location for its second headquarters. Amazon supported a number of bills co-sponsored by Gardner and spent $3 million lobbying for the DIGIT Act. Amazon as a whole donated more to Gardner than it did to nearly any other senator in 2018, according to CNBC.

Gardner backed Colorado’s bid for Amazon’s second corporate headquarters. So did Hickenlooper, though he did say at one point there would be a “sense of relief” if the company didn’t come to Denver.

In his presidential run, Hickenlooper’s first major economic policy proposal centered on putting a check on the influence of Big Tech. The candidate said the tech behemoths were extinguishing opportunities for new startups and called for stricter enforcement of antitrust laws.

He also told The Washington Post, which is owned by Bezos, he supported cracking down on monopolies and mergers. “There was a period 40 or 50 years ago when large companies would try to merge together, and there was a strong feeling that the public was better served by having more competitors,” Hickenlooper told the newspaper.

On his campaign website, Hickenlooper doesn’t specifically address the issue, despite the increased attention from progressives in his own party.

Diana Moss, President of the American Antitrust Institute, said the tech companies’ influence could be effectively buffeted with existing laws, and she encouraged voters to consider the issue at the ballot box. “They should be looking for candidates who put a priority on strong enforcement of the antitrust laws,” she said.

The two candidates also don’t address other issues tied to technology jobs. The one related issue both highlight is expanded high-speed internet access.

As governor, Hickenlooper signed a bipartisan bill into law that provided $115 million to expand broadband internet in rural communities. Gardner introduced bills to equip school buses with internet and increase funding for rural broadband infrastructure, both of which passed and are now laws.