Biden makes a mockery of Sanders’ main argument for his campaign 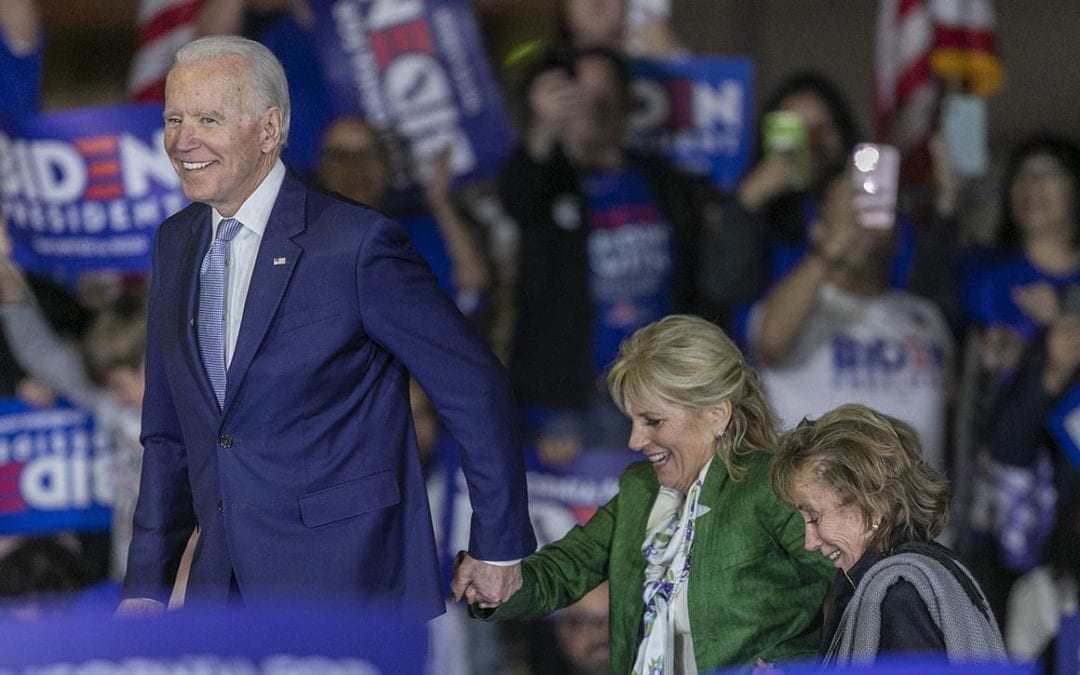 On Tuesday night Joe Biden engineered one of the most monumental political comebacks in the history of party primaries. The scale of his Super Tuesday rout over three well-funded and hyper-organized Democrats — Bernie Sanders, Michael Bloomberg, and Elizabeth Warren — has no comparison.

Biden won every state in the South by double digits: Alabama, Arkansas, Tennessee, North Carolina, Virginia, Oklahoma. He won Minnesota, the only contest in the Midwest, by 9 points. He narrowly won Texas. In the northeast he won Massachusetts, the home state of Elizabeth Warren and remained competitive in Maine, where the race was still too close to call but where Biden had a slight lead.

Sanders won similarly lopsided victories in his home state of Vermont and Utah, the two smallest prizes of the day, and in Colorado. Sanders did best in California, where as of late Tuesday, he was up by almost 10 points, but not enough for a delegate blowout. By the end of the night the most unthinkable outcome started to seem likely: Biden may be the delegate leader when all the votes are counted.

Biden’s miraculous turnaround came about for four reasons. First, his support among African-American voters held steady across the country. Biden won those voters in every state in which exit polls registered a significant black population, from a low of 33% in California to a high of 72% in Alabama. Sanders did better with black voters outside the South, but he failed to improve over his 2016 numbers.

But the impact of black voters was more important than the numbers suggest. It was Biden’s landslide victory in South Carolina that pushed party leaders around the country to back Biden in the 48 hours after the Saturday primary there. The Democratic establishment was divided and feckless before South Carolina. After African Americans weighed in, party leaders rallied around Biden. It’s the opposite of what political scientists often argue happens in a primary, when party leaders coalesce around a candidate early and voters follow along. For Biden, that dynamic happened after black voters had spoken in South Carolina. (One caveat: the black Democratic leadership of the state, especially Rep. Jim Clyburn, was clearly influential.)

Once the Democratic establishment spoke, the effect was powerful. When voters in a party are divided on a big issue, it’s a well-known fact that cues from respected party leaders can have a galvanizing effect. This happened recently when polling showed that Democrats were divided on the question of whether Donald Trump should be impeached. At the time of those polls, leaders in Congress were also divided. Once high-profile Democratic skeptics like Nancy Pelosi joined the pro-impeachment camp, creating a unified party position, the division among voters also disappeared. Something very similar happened with Biden after South Carolina and the firehose of major endorsements.

It’s only the degree of the shift that was so surprising. But it’s been clear that late-breaking positive news can have profound effects in a primary in which voters have been sloshing between several candidates all year. Biden hit a jackpot of timing. By one estimate the amount of positive coverage he received after the polls closed in South Carolina was worth over $100 million. The results seem to answer rather definitely that so-called earned media — free coverage — is superior to paid advertising.

As of late Tuesday Mike Bloomberg was on track to win four delegates, which would mean he paid over $100 million per delegate.

Finally, Biden was partially assisted by the dramatic rearrangement of the viable candidates after South Carolina when the moderates, Amy Klobuchar and Pete Buttigieg, dropped out while the left was divided by Warren remaining in the race. Biden might not have won Massachusetts or Minnesota, where the totals for Warren and Sanders exceeded Biden’s support, in a one-on-one race. And Warren likely kept Sanders from winning more delegates in California and Texas. (Though the impact of Bloomberg, who was on track to best Warren in both states, may have harmed Biden as much as Warren harmed Sanders.)

Bloomberg will now face enormous pressure from Biden Democrats to drop out, and Warren will have similar pressure from Sanders supporters. They both will have considerable leverage. Bloomberg is the candidate in the game with the equivalent of nuclear weapons. He has long promised that he wants to use them to defeat two people: Sanders and Trump. He brags that he is a data guy and any rational reading of the political situation suggests that if those are his goals he should leave the race and back Biden.

Warren’s decision is more complicated. In 2016, she stayed out of the primary fight between Sanders and Hillary Clinton. She has no path to winning the nomination but her endorsement is very valuable. The assumption is that she is closest ideologically to Sanders so he is the only person she would back. But she might be able to wring quite a lot out of Biden in exchange for her support.

As of late Tuesday she was projected to win delegates in Massachusetts, Maine, and Virginia, so despite the embarrassing defeat in her home state, as well as the defeat in her childhood state of Oklahoma, it was not irrational for her to compete in Super Tuesday after a string of poor showings in the first four states. She will have a big role to play as the race unfolds.

As for Sanders, Biden did not just defeat him across the country, he made a mockery of the senator’s main argument for his campaign. Sanders has repeatedly said that he will turn out new disaffected voters, rally the working class to his cause, and spike youth turnout to unprecedented levels. None of it has happened. Take his home state of Vermont. Turnout was higher there this year than in 2016, but Sanders won 86% of the vote then and just 51% this year.

Biden is also winning the working class. To the extent that new voter turnout is higher, it isn’t breaking for Sanders, and youth turnout hasn’t exploded. That’s the revolution Sanders promised. But 18 states have voted and it hasn’t materialized.

Instead, the Democratic Party is coalescing around Joe Biden, whose campaign has been defined by many awkward gaffes and one incredible comeback. It was perhaps fitting Tuesday night that when Biden took the stage in Los Angeles to celebrate his historic day of victories, the first thing he did was accidentally confuse his wife and sister.