Beyond the numbers: Doctors told them they had COVID-19, but they still can’t get tested – Longmont Times-Call 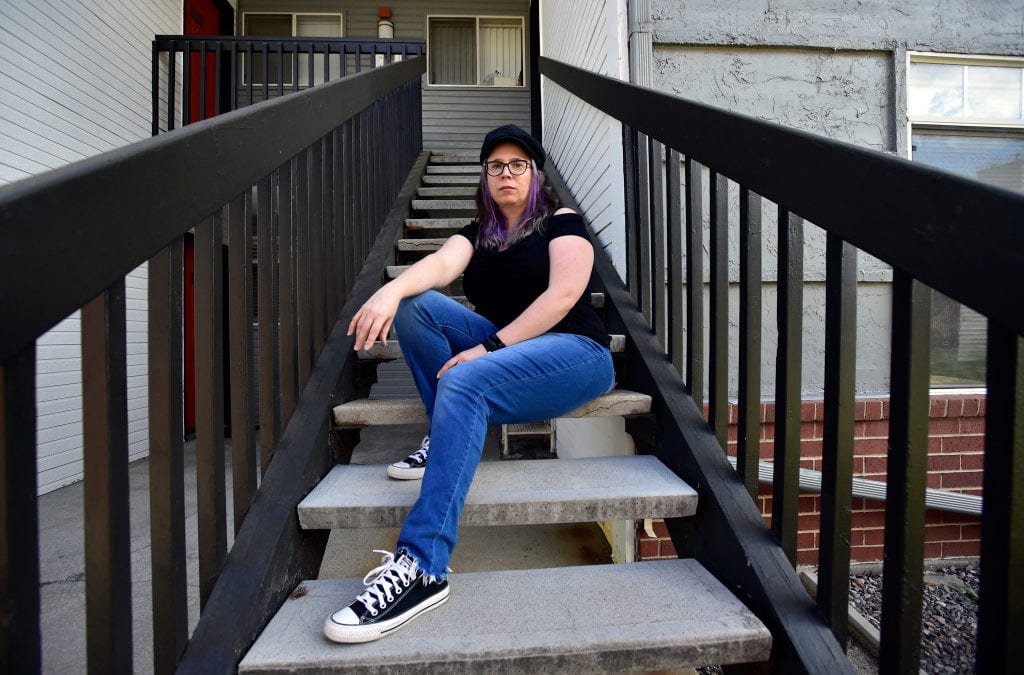 Ever since the start of the coronavirus outbreak in Colorado, every day has been marked by an update in numbers, an attempt to quantify and document the effect the disease has as it spreads throughout the state.

But time and time again, officials have warned: The numbers don’t tell the whole story. Stories like those of Elizabeth Williamsberg and Beth Arellano, two Boulder County residents who will likely never be included in those numbers because they weren’t tested, but were told by doctors they had likely contracted COVID-19.

They both used the same word when telling their stories.

“It’s still really frustrating with everybody talking about numbers,” said Williamsberg, who lives in Louisville. “I know it’s me, I know it’s my husband, I know other people I’ve talked to had it.”

Added Arellano, a Boulder resident: “It’s frustrating when you know that a lot of people are going by the numbers, and it’s probably a lot worse than it actually is.”

For both women, their early symptoms were not typical of other COVID-19 cases. Neither had a fever or a cough. Williamsberg said about 20 days ago she started to have some sinus congestion and what she described as “brain fog,” but thought she just had a cold.

But about a week later, Williamsberg was out buying groceries, when she had trouble crossing the 20 yards from the parking lot to the store.

“Before I got from my car to the building, I was completely out of breath,” she said. “I just couldn’t catch my breath.”

Williamsberg went home and scheduled a video appointment with a doctor. She still was not coughing much and didn’t have much of a fever, so the doctor said she probably had a respiratory infection.

But the cough began to get worse, along with the pressure on her chest, so Williamsberg made a follow up appointment.

“I started coughing, and the doctor said, ‘That’s a COVID-19 cough,’” Williamsberg said.

But while the doctor was confident Williamsberg had come down with COVID-19, she was still not eligible for testing.

Arellano’s symptoms started on March 22, when she started getting intestinal cramps.

“I just thought it was food allergies,” Arellano said. “That was pretty much the only symptom that day.

The next day, Arellano said she got a headache and became exhausted. Still, like Williamsberg, she kept taking her temperature and didn’t see it rising.

“I knew I was really ill, but I didn’t have a fever,” Arellano said. “I thought again, it was a stomach thing. It continued like that for a couple days. I couldn’t even watch TV, that was too much. I was just lying there and sleeping.”

In the next few days, Arellano began to feel a “heaviness” in her lungs, and had trouble taking deep breaths.

“There was not much coughing, but there was an elephant on my lungs for days,” she said. “It got really scary.”

On Saturday, Arellano felt her throat begin to tighten up and her husband drove her to the emergency room, where doctors took an x-ray of her chest.

“My lungs were totally clear,” she said. “The doctors said that was typical of what they’ve seen in Boulder over the last three weeks.”

But even sitting in a hospital with doctors telling her she had almost certainly contracted COVID-19, Arellano still couldn’t get tested because she had not actually been admitted to the emergency room as a severe case. She was simply told to go home, isolate and put a heating pad on her chest.

“My case was actually considered pretty mild,” she said. “It was frustrating, because obviously you want to know, and my husband wants to know because we have no idea if he has it to, because he has mild symptoms.”

Thankfully, both women have reported feeling better in the past few days.

“I woke up (Monday) and I didn’t have any pressure on my chest,” Williamsberg said. “Oh my gosh, I can comfortably breathe. That was when I was like, “OK, I think I finally beat this thing.’”

Williamsberg’s advice to others who might wind up getting COVID-19 was to keep an eye on temperature and oxygen levels to make sure symptoms aren’t getting worse.

“Your whole body hurts, and it sucks sometimes to check your temperature and your oxygen levels, but you have to do it,” Williamsberg said.

Williamsberg also said to have others checking in on you by phone. In addition to health reasons, Williamsberg said the support she saw from tweeting about her experiences helped her while she was sick.

Can’t sleep. Coughing ramped up in the last 3 hours; the dull pain in my chest returned. Lungs and throat burn like when you’ve held your breath for too long. Lump in throat. Can’t lay comfortably. Still no fever. SpO2: 98 #Covid19usa #COVID

“I’m not an influencer, or a celebrity,” Williamsberg said. “I was just doing it out of, ‘I need to communicate.’ But then people started liking and retweeting, and then messaging me to talk about it or ask if I needed anything.”

Williamsberg said strangers from as far away as Denver or Longmont offered her help or words of encouragement.

“That was incredible, and I never expected that,” she said. “I’ve never met any of you, and it was just amazing. I felt heard, and when you’re in isolation that is amazing. I wasn’t forgotten just because I hadn’t seen anyone but my husband in days.”

Arellano also documented her experience on Twitter, but said for her it was more about letting people know that the symptoms of the coronavirus can vary.

“The main reason was just to make it clear, at least in my one case, that those three symptoms, fever cough shortness, those don’t always have to be there,” Arellano said.

I’ve finally turned a corner after 7 days of being ill with what a nurse practitioner and an ER doctor have said is #coronavirus infection. No tests are available, and I am not well yet, but am getting better. I want to share some useful information. 1/

Of course, Arellano doesn’t know for sure she had COVID-19, something she still finds shocking.

“I was just bewildered that even in the ER they can’t give me a test,” Arellano said. “Two doctors telling me I had it I guess is going to have to be enough.”

Colorado Gov. Jared Polis has called for more testing, and Williamsberg said she knows Colorado is not the only state dealing with the issue. But she said with so many people and officials relying on numbers and data in their decision-making, it needs to be a priority.

“You hear, ‘Our numbers didn’t double over two days,’” Williamsberg said. “No, you just aren’t testing people. You can’t say you know how many people have it until you test people.”

Williamsberg noted she first had her symptoms before the coronavirus numbers were high enough to prompt a stay-at-home order or even the closure of restaurants and bars on March 16.

“For a week, I thought I had a cold, and I was out doing things, and I feel really bad in retrospect,” she said. “I didn’t know at the time I had it, and I probably spread it.

“You don’t know you have it until it’s far too late.”