Bernie Sanders Might Have a Michigan Problem – The New York Times 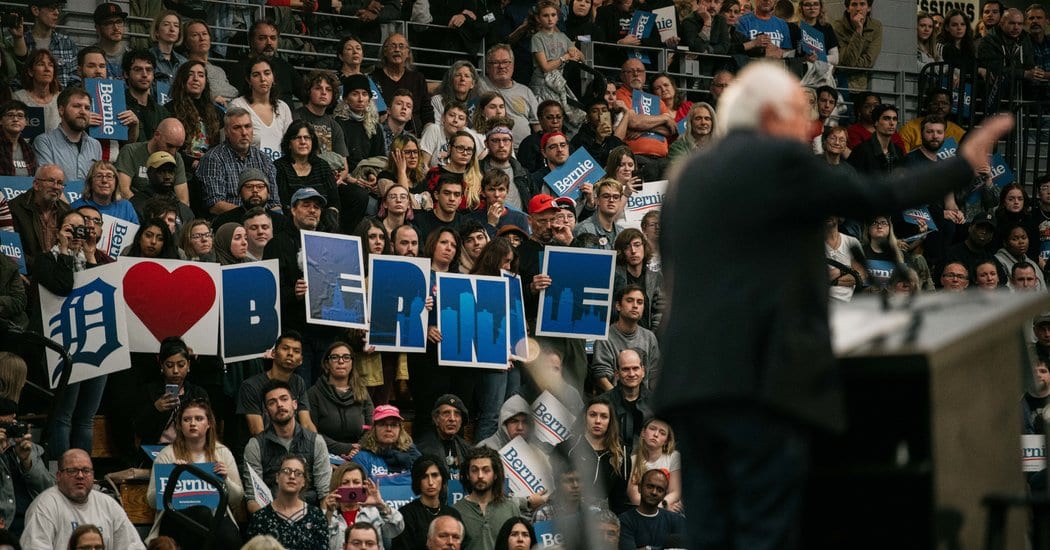 Whatever the cause, Mr. Sanders has often made up for losses in white, working-class areas this year with gains among Latino voters and white voters who live in left-liberal areas. In a sense, he has traded strength in states like Maine and Minnesota for strength in California. This is a bad trade in Michigan, where Latino voters make up only a sliver of the Democratic electorate. It may be an even worse trade in Michigan than it was in Minnesota or Maine, since there are relatively few overwhelmingly Democratic left-liberal enclaves akin to Minneapolis or Portland, Maine. Only the state’s major college towns — Ann Arbor and Lansing — fall into a similar category.

There are few obvious opportunities for Mr. Sanders to make up ground in Michigan. It has an above-average black population, and Mr. Biden will most likely win black voters by a comfortable margin, even if a more modest one than in the South. The suburbs around Detroit are not likely to be particularly favorable for Mr. Sanders, either. He lost suburban Oakland and Macomb Counties in 2016, and he has consistently struggled in affluent suburbs this cycle.

One area where Mr. Sanders might hope to rekindle his old magic is in Western Michigan, where he defeated Mrs. Clinton by a wide margin in metropolitan Grand Rapids. But this region is probably not populous enough to carry Mr. Sanders to victory on its own. Mr. Biden might also excel among more moderate voters who chose to participate in the more competitive 2016 Republican primary last time, but might now vote in the Democratic race.

The rest of the states voting Tuesday offer few obvious opportunities for Mr. Sanders to turn around the race. Yes, there are Washington and Idaho, two states with liberal Democratic voters similar to those in California, Utah and Colorado, where Mr. Sanders won on Super Tuesday.

But even big wins in these two states may not impress. They won’t be surprises, for one thing, given his record of success in the region. Mr. Sanders is also highly likely to underperform his 50-point wins there from 2016. This is not a fair comparison for Mr. Sanders — these were caucus states four years ago, a format he excelled in, and they are now holding primaries — but it may not stop the comparison from being made.

Mr. Biden will have strong states of his own Tuesday. Mississippi could be Mr. Biden’s strongest state in the country, as it was for Mrs. Clinton in 2016, because black voters there make up a larger share of the electorate than in any other state. Missouri poses a Michigan-like challenge for Mr. Sanders, but here the more conservative white vote would seem to offer even fewer opportunities for Mr. Sanders.

Without a decisive shift to Mr. Sanders on Tuesday, Mr. Biden could keep his momentum rolling into the next wave of states on March 17: Florida, Illinois, Arizona and Ohio. After Georgia votes a week later, 64 percent of all the delegates to the Democratic National Convention will have been awarded. If Mr. Biden fares as well in these states as he did in demographically similar areas on Super Tuesday, he will probably claim a delegate lead that is impossible to reverse.