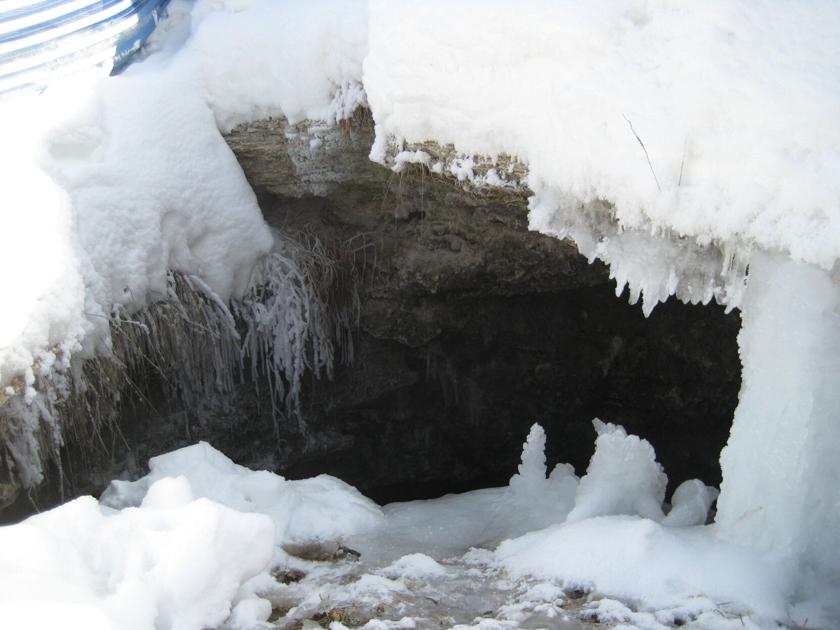 The toxic cave nestled underneath a Colorado ski town has recently joined the list of some of the most extraordinary natural wonders in the country.

The City of Steamboat Springs made the announcement on Monday that the Sulphur Cave and Spring at Howelsen Hill has been designated as a National Historic Landmark by the National Park Service and National Natural Landmark (NNL).

The Sulphur Cave and Spring is located at the base of the historic Howelsen Hill Ski Area in Steamboat Springs. Situated on top of a travertine deposit estimated to be no older than 126,000 years, it is the youngest known solution cave in Colorado.

The crystal-filled cave may be beautiful, but it’s also filled with toxic gases that are dangerous to humans, including hydrogen sulfide and carbon dioxide. While its air is deadly, spectacular blood-red colored worms have been found thriving inside. These long, thin worms, also known as limnodrilus sulphurensis, have not been discovered anywhere else in the world.

This environment in the cave is so extreme that unconsciousness for humans can occur within one or two breaths, according to David Steinmann, Research Associate of the Zoology Department at the Denver Museum of Nature & Science.

Beyond other life-forms that live in the cave, such as spiders and millipedes, the cave also contains many uncommon features including snottites, mucous-like stalactites of sulfur-eating bacteria. Acid strong enough to burn holes through fabric drips down from these stalactites onto the ceiling, walls and, floor of the cave.

“We’ve known that Howelsen Hill was special for its winter heritage, but now its unique geological features have emerged from the darkness of the underground cavern for the world to share,” stated Parks & Recreation Director Angela Cosby.

The Sulphur Cave and Spring is one of three sites named as new National Historic Landmarks this year, along with ‘Bear Rocks and Allegheny Front Preserve’ – famous for its brilliant display of fall colors in the Allegheny Mountains of northeast West Virginia and the ‘Lanphere and Ma-le’l Dunes’ – known for their sandy dunes and beaches spread across the coast of California near Arcata.

“The National Natural Landmarks Program recognizes and encourages the conservation of sites that contain outstanding biological and geological resources,” a statement on the National Park Service’s website reads. “Sites are designated by the Secretary of the Interior for their condition, illustrative character, rarity, diversity, and value to science and education.”

Editor’s Note: The City of Steamboat Springs owns the Sulphur Cave and entry to the cave is strictly prohibited. Do not attempt to enter. Without proper protection, exposure to high levels of toxic gases could lead to severe illness, passing out, and even death.