Bath & Body Works vies to be deemed ‘essential’ amid coronavirus 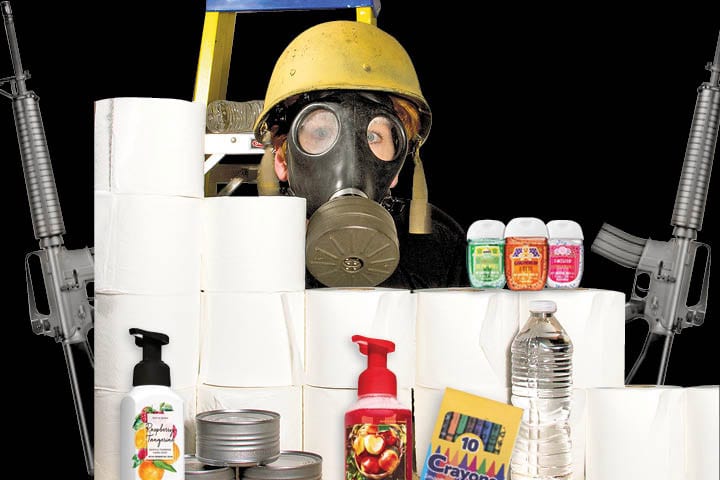 Retail giant Bath & Body Works, known for its perfumed lotions and body washes, has a grand plan to reopen its doors during the coronavirus outbreak by proving itself an “essential” business, The Post has learned.

The company, owned by Victoria’s Secret parent L Brands, has convinced government officials in Ohio, where it is headquartered, to let it reopen two stores outside of Columbus on a trial basis by promising to stock up on soaps and hand sanitizers. The stores will also sell Bath & Body Works’ signature body washes, lotions, scented candles and perfumes, sources said.

A spokesperson for L Brands declined to comment for this story, but the sources say the pilot is part of a larger plan for Bath & Body Works to make a case for reopening stores in other states that have ordered non-essential workers stay at home to keep the virus from spreading.

And it could work, too, given how well the chain’s soaps and hand sanitizers had been selling ahead of the closing of its 1,600 stores on March 17.

“Leading up to the closures, they were wiped out of soap — so there is huge demand for their products,” according to retail consultant, Gabriella Santaniello of A Line Partners. The retailer has also sold out of hand sanitizer online.

Ohio’s governor Mike DeWine, who ordered all non-essential businesses to close on March 22, is providing exemptions to retailers that sell household consumer products, such as cleaning and personal care products, the governor’s spokesman, Dan Tierney, told The Post. There is a “gray area” about which businesses are considered essential, Tierney explained.

For example, the federal government has deemed gun retailers as essential. The two Bath & Body Works stores that will reopen Friday — including at the NorthPointe Plaza in Lewis Center, which boasts a Walmart and Kohl’s — will allow 10 customers in at a time, sources said.

Retail tycoon Leslie Wexner will reportedly leave the helm of…

There will be a security guard outside to manage the door and a “line manager” to ensure that people are standing at least seven feet apart while waiting to pay. The store will also provide sinks with soap for people to wash their hands, sources said.

Bath & Body Works is hardly alone in looking for creative ways to stay open during the crisis, which has battered businesses. Arts and crafts retailer Hobby Lobby has reportedly drawn heat for reopening stores and arguing that it’s an essential business because it sells educational products and make-your-own mask supplies.

The company has been slapped with cease-and-desist orders from two attorneys general, in Colorado and Ohio, according to those AGs’ tweets. Police in Wisconsin also shut down several Hobby Lobby stores, according to the Milwaukee Journal Sentinel.

Sporting goods retailer Bass Pro, meanwhile, had to lobby to stay open in its own hometown state of Missouri, according to reports. On Monday, officials in Jackson County agreed to reopen the Independence, Mo., Bass Pro store — but only for the “sale of firearms, ammunition and other goods directly related to responsible firearm storage and maintenance.”