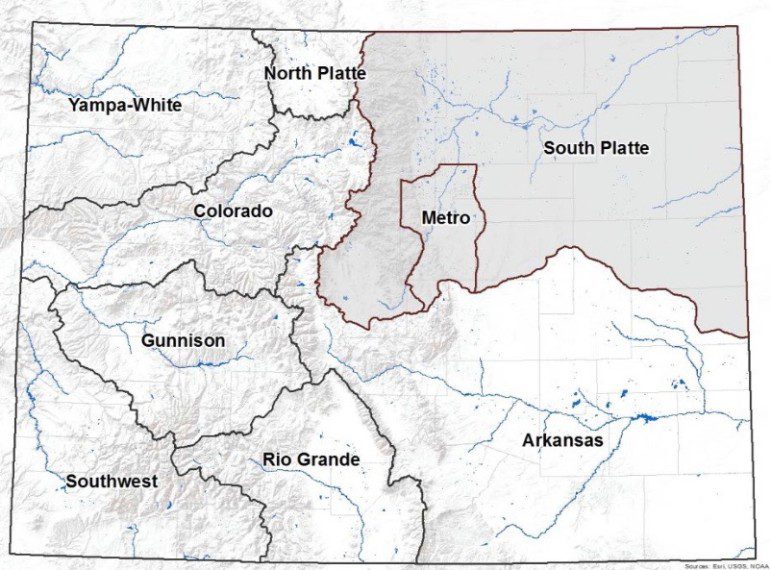 The state water board is encouraging all nine basin roundtables to adopt a code of conduct requiring members to communicate in a professional, respectful, truthful and courteous way. But some Western Slope roundtables are pushing back.

Over roughly the last month, Colorado Water Conservation Board Director Rebecca Mitchell has been visiting the remote roundtable meetings on Zoom, answering questions about the code of conduct and urging the roundtables to adopt it. The goal of the document is to make sure everyone feels comfortable speaking up in meetings.

Mitchell said that with important and potentially contentious discussions on the horizon for water-short Colorado, it’s important to have a set of conduct standards in place to guide those discussions.

Gunnison River Basin Roundtable member Bill Nesbitt said at the May meeting it was a “third-grade sandbox question.” Mitchell agreed.

“I think it is similar to a third-grade sandbox, but not every sandbox is fair and some kids throw sand in other kids’ eyes,” Mitchell said. “We need to make the message clear about the expectations as we move forward to some of those really difficult discussions.”

Some members of the Southwest Basin Roundtable welcomed the code of conduct.

“I support adopting a policy,” said Mely Whiting, environmental representative and legal counsel for Trout Unlimited. “I think that things do get more and more controversial as we move forward. In my experience on this roundtable, in recent times things have gotten a little bit out of hand and quite a bit more aggressive. I’ve been, myself, uncomfortable quite often.”

The Colorado legislature created the nine basin roundtables — South Platte, Metro, Arkansas, Rio Grande, San Juan/Dolores (collectively known as Southwest) Gunnison, Colorado, Yampa/White/Green and North Platte — in 2005 to encourage locally driven collaborative solutions on water issues. They represent each of the state’s eight major river basins, plus the Denver metro area, and are made up of volunteers from different water sectors like agriculture, environment, recreation and municipal.

In addition to asking members to promote an inclusive environment that treats everyone fairly, the code also lays out best practices for conducting business. According to the code, the roundtables have the responsibility for noticing meetings, adhering to federal and state laws and public health orders and performing job tasks promptly and effectively.

“I just think it’s going to have to be tuned to a volunteer organization before we adopt it,” he said at the April Southwest Roundtable meeting. “We certainly do need to resolve the tension and friction, but I don’t think adoption of (an) employee code is the way to do that.”

Roundtable member Michael Murphy, who represents Hinsdale County, said the group already holds their meetings with respect and that the code was unnecessary.

“We are western Colorado. We don’t like being told what to do,” he said at the May Gunnison Basin Roundtable meeting.

While the code of conduct will be the policy of the Colorado Water Conservation Board, Mitchell admitted there was little the CWCB could do to enforce it on the roundtables, and the roundtables don’t have to adopt it.

“Being perfectly honest and transparent, enforcing a code of conduct on a volunteer roundtable is difficult,” she told the Southwest Roundtable. “(Enforcement) is as much a responsibility of me as a self-policing in the way we treat each other.”

This story ran in the May 24 editions of The Aspen Times and the Sky-Hi News.