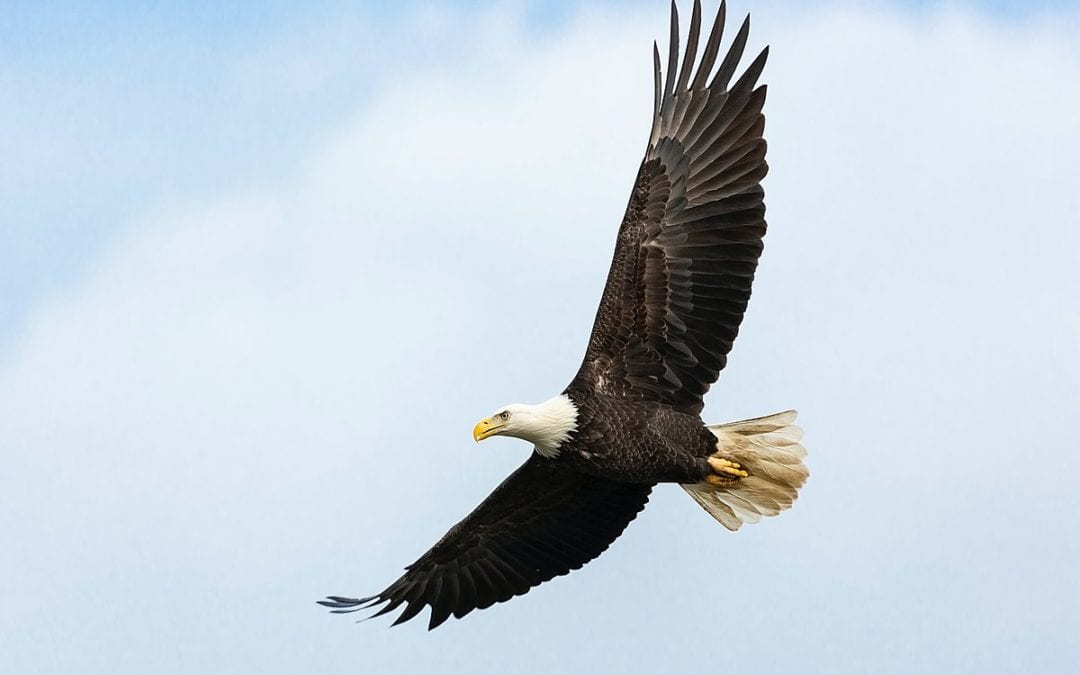 The bald eagle population is currently thriving throughout Colorado, including in the Front Range area, but that hasn’t always been the case in the Centennial State for this majestic species.

According to Colorado Parks and Wildlife, back in the 1970s, only about one to four active bald eagle nests existed in the entire state, and none in the Front Range at all. CPW attributes this to the use of the destructive insecticide DDT, which was ultimately banned in 1972. DDT greatly affected birds, including bald eagles, by thinning their eggs and killing their embryos. Bald eagles were officially listed as an Endangered Species in 1973.

However, during the 1990s, bald eagles began to make a strong comeback in Colorado. CPW explained that during this time, the population of these resilient birds started to rapidly increase, and has been rising ever since. That being said, bald eagles were still not found in the Front Range again until the 2000s, when the Barr Lake nest was established.

Now that the bald eagle population has successfully and exponentially grown within Colorado, wildlife officials are making efforts to keep it that way for years to come.

Currently, CPW monitors more than 100 occupied bald eagle nests yearly in the state. When wildlife officials are able to, they tag the bald eagles, so that they can then follow the birds’ patterns and determine areas they are foraging, as well as avoiding. The high-tech tags have solar panels, which ping off of cell towers and provide data regarding the location of where the eagle is flying, every four seconds. The information that’s gathered is helpful to CPW, because it allows them to follow the eagles in their daily lives, and also figure out how to better manage and support the species.

Ideally, CPW tries to tag adult male eagles, because they tend to spend more time away from the nest than the females do. CPW explained that females are actually more difficult to catch, and they weren’t even able to successfully tag the first female bald eagle until May 15, 2021.

Because there’s been such an increase in human population and architectural development in Colorado, wildlife officials note that they have been responding to more incidents and concerns regarding bald eagles. These birds nest in both rural areas and towns, so CPW wants to make sure Coloradans are able to continue to coexist with the beautiful species in the best ways possible.

WATCH OUT: These are the deadliest animals in the world