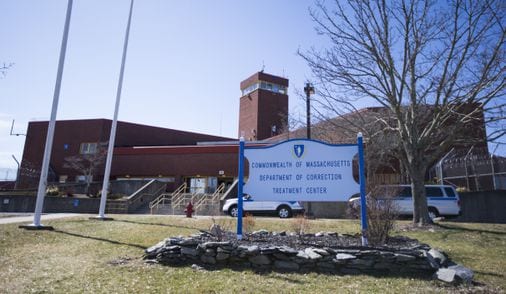 The disclosure of the state’s second death came hours after Governor Charlie Baker announced the state has begun talking with the US Army Corps of Engineers about identifying sites that could be repurposed as medical facilities to treat the expected surge in patients suffering from the coronavirus as Massachusetts experienced a jump in the number of confirmed cases.

Speaking before new figures showed the number of people suffering from COVID-19 had ballooned to 525, an increase of 112 cases, Baker said at a State House news conference that college dorms, large venues, and recently-closed nursing homes are being considered as makeshift medical units.

He didn’t name specific locations, but said decisions will likely be based on whether a site’s plumbing and electrical systems could handle the demand of a medical facility. National Guard members would help the state outfit the alternative sites with equipment and supplies.

Baker became the latest US governor to highlight possible scenarios to relieve hospitals if they become overburdened by an influx of patients. Also on Saturday, New York Governor Andrew Cuomo said that Manhattan’s Javits Center tops his list of locations to be turned into field hospitals to test and possibly treat those suffering from the virus.

The number of COVID-19 positive patients at Massachusetts General Hospital doubled Saturday from the day before to 18, one-third of whom were being treated in the intensive care unit. In a more positive development, the number of patients awaiting testing results fell from 122 to 117.

Tufts Medical Center in Boston and Beth Israel Lahey Health, a 12-hospital system, also reported more admitted patients with the virus, but a dip in patients waiting to learn if they tested positive for COVID-19.

The number of confirmed inpatient cases at Beth Israel Lahey Health rose — from 17 to 21 on Saturday. The number of patients waiting on test results dropped from 257 to 236.

Boston Medical Center still had one admitted patient positive for COVID-19 and 70 suspected patients awaiting test results, up from 66 on Friday. Two employees there have tested positive for the virus.

Facilities reserved for older people are also seeing more cases. Four patients at the Buckley HealthCare Center in Greenfield have tested positive, according to a statement from the facility’s parent company. On Friday, the company that operates The Branches in North Attleborough said two residents had tested positive for the virus and nine others had been quarantined.

The state has been ramping up testing, offering a clearer picture of how far COVID-19 has spread.

Between Wednesday and Friday, the number of COVID-19 tests completed in one day increased from 520 to 962, a boost of about 85 percent, Baker said Saturday. The state is getting closer to its goal of processing 3,500 tests daily. As of Friday, Baker said the state had the capacity to conduct 1,144tests daily, up from just under 700 days earlier.

Amid the updates Baker provided at the news conference, he reflected on the emotional toll the pandemic is taking as people avoid close contact. He recounted his visit Friday evening to Temple Emanuel in Newton, where he stood in an empty sanctuary and addressed worshipers via live stream.

“Having a chance to speak at an empty temple on a Friday night that normally would have been packed from one end to the other with people practicing their faith reminded me in a very personal and specific way of some of the things that we need to find a way to preserve despite social distancing,” he said.

The next major change to daily life prompted by the virus outbreak takes effect Monday when most child care centers and preschools will close. Health care workers and other essential staff, like grocery store employees, will be eligible to send their children to an emergency drop-in child care site. More than 300 sites are expected to open Monday, Baker said. Families must apply for care through the state.

“We know that child care is an especially critical piece of emergency service,” Baker said. “There are times when our families are on the front lines and don’t have another option for their children.”

Five states plus parts of Idaho, Louisiana, Colorado, Maine, and Georgia have implemented shelter-in-place orders, but Baker has so far resisted taking that step. Some cities like Lawrence and Holyoke have ordered the closure of businesses offering personal services, like nail salons and massage parlors.

A group of 40 state lawmakers and elected city officials from around Greater Boston, however, are urging Baker to reverse course and use his emergency powers to order residents to stay home. State Representative Mike Connolly, a Cambridge Democrat leading the effort, said he worries the Massachusetts health care system could collapse as it did in Italy.

“People need to understand this is not the flu — this can impact anyone,” Connolly said.

New cases of COVID-19 reported on Saturday for the first time included an inmate in the state’s prison system, escalating pleas from advocates worried about the virus’s potential to spread quickly behind bars.

The patient is an inmate at the Massachusetts Treatment Center, a medium-security prison in Bridgewater reserved for sex offenders who are serving criminal sentences or have been civilly committed to the facility under the state’s sexually dangerous person law.

The sickened inmate and his roommate were quarantined from the prison’s general population on Thursday, and on Friday prison officials learned he tested positive for the virus. The man’s name wasn’t released, but the Department of Correction said he is serving a life sentence.

Secretary of Health and Human Services Secretary Marylou Sudders said staff who had contact with the man were sent home and are being tested for COVID-19.

The facility housed 571 inmates as of January with an average age of 50, state figures show. No other inmates have tested positive for the virus, according to the prison system.

Rachel Scotch, a public defender who represents clients at the treatment center, said many men civilly committed there have underlying health issues like diabetes, asthma, and chronic obstructive pulmonary disease.

“This is a largely elderly population with a lot of the risk factors in their health,” said Scotch. “It’s a small community. There’s a lot of contact.”

“The treatment center, sadly, will not be the last case,” she said.