Bailout Lesson: You Can’t Replicate American Prosperity by Giving It Away – The Rush Limbaugh Show 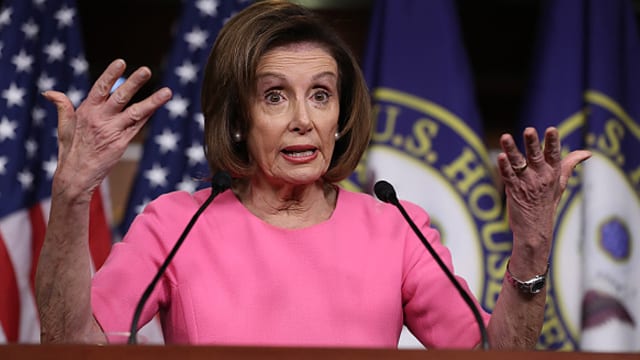 RUSH: Mr. Snerdley is trying to goad me into talking about the bailout package. He asked me during the break, “So what are you gonna do with your big stimulus check?”

It’s like I said Friday. Remember everybody freaked out and the Tea Party came into existence over a $787 billion Obama stimulus? Now we got a $2.3 trillion stimulus, which is gonna end up being $6 trillion, and Snerdley’s point is, “It isn’t gonna make any difference,” and that ought to tell you something.

It ought to tell you how gigantic and ginormous the U.S. economy is. It ought to tell everybody how government cannot provide for people at an economic level expected by the American people. We need our economy up and running! The president’s exactly right. This country was not designed to be shut down.

I mean, we’ve got no choice. But the U.S. economy is still… In my mind, it’s bursting at the seams, and it’s just waiting to be unleashed. (sigh) But you start talking about all this, and you cannot escape the discussion of what’s it gonna be like when this is over. We’re not… Things are not gonna go back to the way they were, folks.

But we had a major political party trending toward socialism before all this happened, and you see what they did with the bailout package. Pelosi tried to put the Green New freaking Deal into it, along with every other socialist wish list that they have. So the pressure is going to be enormous on returning the American people’s constitutional freedoms.

It’s not gonna be the way it was, and it’ll gonna be an interesting discussion to start speculating: What will the new normals be? What freedoms did we have that are gonna be tougher to reclaim? What kind of things will people voluntarily give up? Because even when the day comes that we are told this is over, some people are not gonna believe that it’s over.

And there will be an ongoing, perpetual fear, until there is a vaccine — and that’s a year and a half away — and this thing mutates so fast, it’s basically is pneumonia times 10. That’s why people with lung issues are so susceptible to this. At any rate, the lesson about the bailout… (sigh) And the American people are for it.

I think on that score there’s a tremendous number of teachable moments that await us after the fear of the pandemic has been overcome, and that’ll happen. We will solve this. There will be medicines for it (we have them now), and there will be a vaccine at some point down the road.

But the health experts are gonna keep everybody, I think, frightened toward the top end of the worst as a means of keeping people in line with public directives to limit how much destruction, damage, death there actually is.

RUSH: Here’s Jared in Pueblo, Colorado. Great to have you, Jared. I’m glad you waited, sir.

CALLER: Rush, I’ve been listening since ’87. I was 12 years old. I you love like family. I can’t tell you how it warms my heart when your voice comes on the radio.

RUSH: Thank you, sir. I really, really appreciate that, more than you know.

CALLER: I’ve thought about writing to you, but I got to tell you that in person. It’s unreal. So my question is, assuming the country gets back to business this summer, how deep is the damage, and how long do you think it’s gonna take — 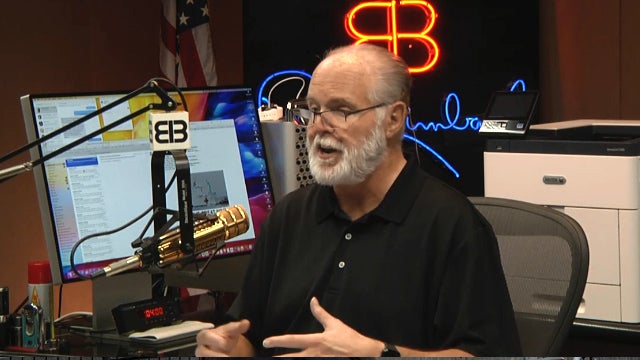 RUSH: You know, there are so many schools of thought on this. If you listen to the president, he believes that it is chomping at the bit, that it is ready to be unleashed right now, that this economy is almost a living, breathing thing, and that the minute the limits are taken off it’s gonna roar back. And there’s a portion of me that believes that as well. I do, because I don’t think anybody wants any of this. You know, even if in this aid package, even if we are paying people more not to work, I think we’ve been through three years of a roaring economy. People want it. They want the opportunity.

I would hope that there is a general unleashing of the economy, but something tells me that it’s gonna be staggered and even some of the people chomping at the bit are gonna be very precise in making sure they don’t strike back too fast because of uncertainty. Anyway, I think overall, though, it’s all gonna end up good – when is another thing. I think it’s gonna be good.