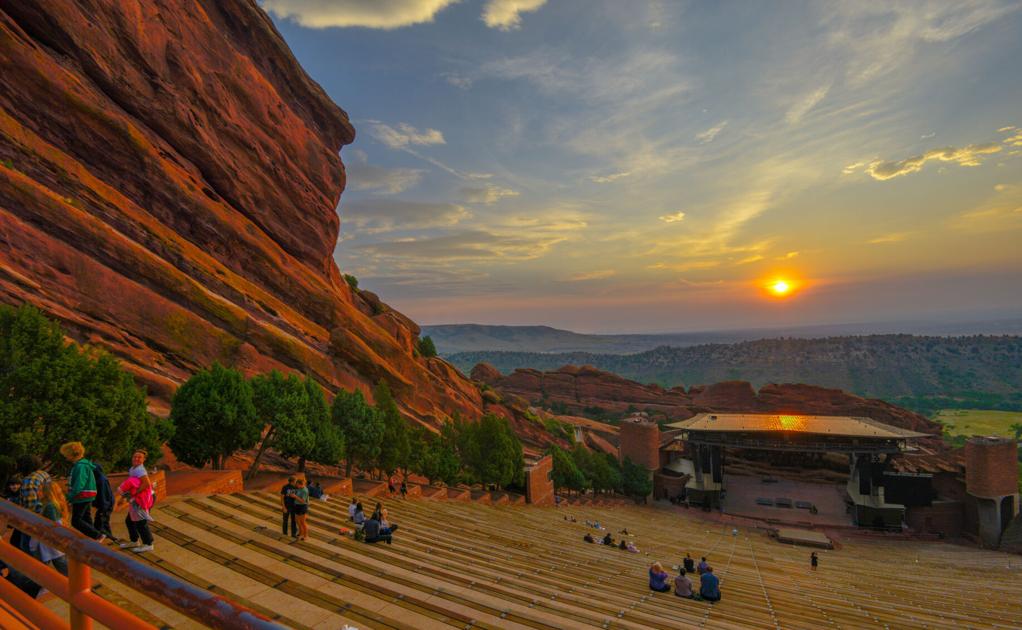 At his state of the city address July 26, Hancock said, “For many of us, our first trip to a Denver Mountain Park may be for a concert at the iconic Red Rocks Amphitheater. What you may not know is Red Rocks was built by the hands and labor of young, unemployed, unskilled workers — members of the Civilian Conservation Corps.”

Hancock has laid out an ambitious plan to preserve Denver history while teaching young people trade skills like carpentry, masonry, surveying and landscaping, as well as principles, methods and practices of historic preservation and rehabilitation of decaying structures.

Hancock said a small number of young people have already begun a six-week course on construction and preservation.

“They’re receiving training from our partners at HistoriCorps — to give them not only the expert insight and hands-on experience they will need for a future career, but also the guidance to secure those sought-after jobs upon graduation.”

According to its website HistoriCorps is a spinoff of Colorado Preservation Inc. founded in 2009 in cooperation with the United States Forest Service. The organization started “with the idea to form a ‘corps’ modeled after community service programs like the renowned Depression-era Civilian Conservation Corps. The program was created through an appropriation of funding by the 2009 American Recovery and Reinvestment Act.”

Participants in the program will work with HistoriCorps field staff to learn preservation skills and put those skills to work saving historic places that have fallen into disrepair.

Hancock’s new program is hosting its first student/worker cohort this summer. They are currently working on the preservation and renovation of a dilapidated garage at Katherine Craig Park in Genesee.

The modest beginning involves four young people earning a wage as they learn, but Hancock is working on an infusion of $5 million in the next two years that he hopes will bring more young people into the program to learn life skills and preserve more of Denver’s historic assets.

Hancock visited the Katherine Craig Park worksite in Genesee last Monday to meet with the workers and staff and tour the worksite.

Established in 1933 at the depth of the Great Depression, within months of FDR’s election, the CCC hired more than 250,000 young men between 18 and 25 to improve America’s public lands, forests, and parks, while providing useful work and a wage to support families, according to the National Park Service.

Young men, many of whom had never held a job and were, like so many others during the Great Depression, malnourished and underweight due to drought, poverty and food shortages, enlisted in the CCC.

They were organized into cohorts and dispatched across the United States to work on public improvement projects. They made $30 a month, $25 of which was sent home to their families. Meals, lodging, tools and clothing, initially surplus WWI uniforms, were supplied. Camps operated in military style, run mostly by military non-commissioned officers in camps that CCC workers built for themselves and future cohorts.

One such camp lies at the western edge of Morrison. Camp MA-1-C, also called Camp SP-13, has been used as the headquarters for Denver Mountain Parks since 1941.

According to Tegan Gudmundson, manager of fund and relationship development at HistoriCorps, this camp is one of only two intact CCC camps in the nation, the other being Camp Rabideau in Minnesota.

Both surviving camps found purpose during and after WWII, with the Mt. Morrison camp being donated to the City of Denver for municipal use and Camp Rabideau housing German POWs and later being used in the summer by the University of Illinois for various programs.

The rest have been partially or completely destroyed, including Katherine Craig Park, once known as Camp MA-2-C, where the garage being restored today and a few other structures remain.

The Mt. Morrison camp was built to house the workers who built the Red Rocks Amphitheater, widely recognized as one of the finest and most unique outdoor concert venues in the world.

Red Rocks Amphitheater was the CCC’s largest and most labor-intensive project.

During construction of the amphitheater, cohorts of about 300 men rotated through the barracks from 1936 to 1941, working in the spring, summer and fall and taking winter off because the barracks buildings were uninsulated.

According to the Red Rocks official website, “…workers removed 50,000 cubic feet of dirt and rock. Although steam shovels accomplished some of the heaviest work, most of the muscle came from the picks and shovels, wheelbarrows and rock sleds. Workers (used) 800 tons of quarried stone and 30,000 pounds of reinforced steel. The project estimated to take two years actually took five. The materials cost $115,881.87 and the labor, paid by the federal government to CCC and WPA workers, amounted to $357,281.69.”

Today’s vision for the Mt. Morrison camp is expansive. At present some of the barracks and other buildings have been restored and improved for use by Denver Mountain Parks, and one has been renovated and is leased to HistoriCorps on a work-for-lease basis, another is set up as a museum, but others not in use by the city are in decay.

“There were 2,000 of these work camps across the country,” said Hancock. “The one near Red Rocks is still home to the barracks where those workers lived.”

Unlike Camp Rabideau, which according to HistoriCorps Executive Director W. Bart Berger is operated by the Forest Service as a historical museum, the plan is to use the Mt. Morrison facility as a living occupational training facility, just as it was in the beginning.

Berger’s vision is to remove 80 years of junk stored in some of the buildings and restore those buildings for use and occupancy by Hancock’s work force.

“I look at a population of well over a million people in the Denver municipal area, many of whom have little or no chance or opportunity or desire to get outside of where the asphalt and concrete is,” said Berger. “I get them to go 14 minutes out of the core city to go where you can not only stay, but you can learn something that would benefit your future from a career point of view, that would instruct you in things that would manifest in ways for the rest of your life.”

“I mean, that’s how wonderful is that? You get the experience; you get the use,” said Berger. “But then you get that longer-term developmental component. You know, there is more here than meets the eye. When you can analyze and you can do the forensics on an old building, then you have learned an awful lot more than just simple, carpentry skills.”

“This first cohort was able to actually see they are different people today,” said Berger. “They even acknowledge that. After four weeks of being up there working in a decrepit old garage. They know stuff and they think differently than they used to. That’s huge.”