Avs Mailbag: With Gabe Landeskog re-signed, does this spell the end of Philipp Grubauer in Colorado? – The Denver Post 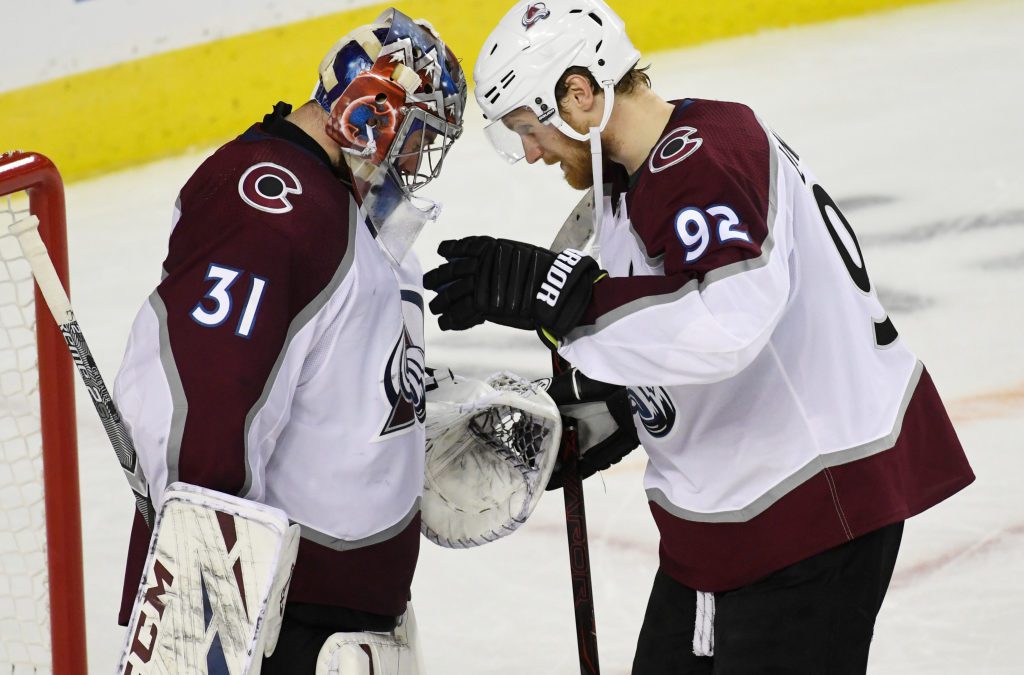 Denver Post sports writer Mike Chambers responds to questions in the Avs Mailbag periodically during the regular season and offseason. Pose an Avalanche- or NHL-related question for the Avs Mailbag.

Hey Mike, can you clarify the NHL rules on the drafting of college players? I saw that the Avs took an incoming DU freshman with one of their picks. As an incoming freshman, how does it work? How long does he play in college before turning pro? Is there a time commitment/requirement on that? For example, I know in MLB drafts, if players decide the college route they have to commit three years to their college program before being draft-eligible and NFL and NBA have their respective “time out of high school” rules before being draft-eligible. I was just hoping you can clarify how the NHL draft works for college players being drafted?

Sure thing, Douglas. An NHL team that selects a college player must sign the player within a year after he leaves college or in August after his senior year. Otherwise, the player can become a free agent — like Will Butcher of the University of Denver did in August 2017. Butcher, who turned down the Avs to sign with New Jersey, was drafted before his freshman season at DU.

What’s the situation with Phillip Grubauer?

It appears that he wants $6 million or more annually and the Avs don’t have the money. They already have two $9 million guys and Nathan MacKinnon is two years away from that. Good chance Grubauer signs elsewhere — particularly since the Avs came to terms with Gabe Landeskog.

Do see Landeskog going anywhere else? And can we nail down Grubauer?

Please see the above. Clearly, Landeskog is coming back to Colorado and the team may have made him a priority over Grubauer because of leadership/locker room areas. The Avs might think they’ll be OK having Jonas Johansson back up Pavel Francouz, with youngsters Adam Werner, Justus Annunen, Trent Minor and Hunter Miska also available. Werner and Annunen are Avalanche draft picks and Annunen, 21, could be the future.

I really thought this was the year the Avs were going to the Stanley Cup Finals. What happened?

Vegas happened. Costly turnovers. Sudden second-guessing and loss of confidence. And Vegas’ play off the rush was deadly — using the Avs’ brand better than the Avs. Grubauer wasn’t himself in Game 6, either.

Mike, Sam Girard had a solid regular season, but the playoffs, not so much. It seemed that just like last year in the Bubble against the Stars, his physical stature was a liability as this year the Golden Knights bullied him at every opportunity. Maybe it would be more advantageous to protect Ryan Graves and take the chance that Girard gets picked up by Seattle? Your thoughts?

I had those same thoughts, Dan, but Girard is just 23 and his ability to move the puck up ice is special. Instead of trading Graves, maybe they could have moved Girard for more return — and also eliminate his $5 million cap hit. In the end, the Avs believe Girard is only going to improve and, while he’s never going to have a big body, he’ll make strides in how he defends in front of the net.

Hey Mike, what roster moves would you do with the Avs going into next year? We’re so close to making it over the hump. We have the depth, we have the talent, it feels like we just need that X-factor type of player to put us over the edge. Anyone out there you’d love to see in a Colorado uniform?

Yes, Nick, I’d like a guy like Wayne Simmonds at forward and a tough shutdown D like Zach Bogosian, a UFA. I think the Avs lack a couple of tough guys.

With another failed postseason run, what needs to change for this team to get over the hump and make it back to the finals?

What does the coaching/staffing crew think they can do to give us the edge next year when we had everything we needed to get ourselves to the Cup this year but missed that opportunity?

Please see the above, Michael. I think they need to alter their high-flying identity by adding toughness.

Hey Mike, have you heard any talks about updating practice and main arena facilities before the puck drops next season?

No, sir. I believe the Avs signed a multi-year deal with South Suburban Family Sports Center last year, or the year before. They were previously on a year-to-year deal. This topic has been a hot one for a long time — a very, very long time. The facility is sub-standard for the NHL.