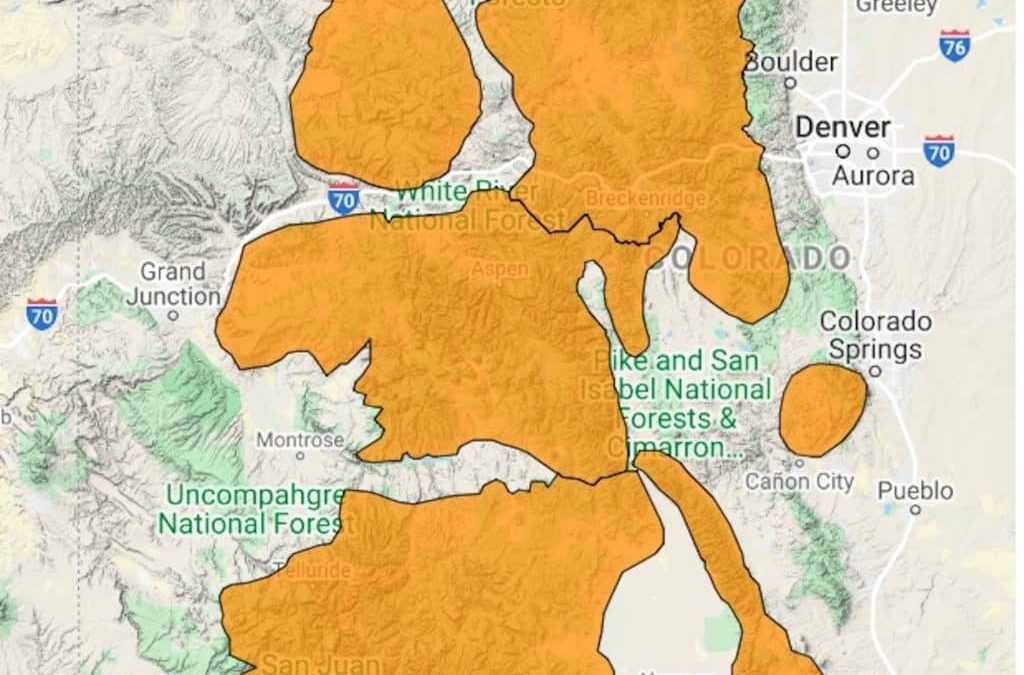 The month of May can, and often does, provide a taste of just about everything the Colorado High Country has to offer, and not always in a good way.

The Colorado Avalanche Information Center has issued an avalanche advisory through the weekend for all of the state’s mountain areas.

This isn’t unusual. A warm spell in the spring frequently creates similar conditions.

But warm weather also
accelerates snowmelt in the higher elevations. That water ends up in streams. Too
much snowmelt too fast can lead to rapid increases in stream levels. That, in
turn, can prompt flooding.

That snowmelt has come
quickly over the past several days.

Diane Johnson, Eagle River Water & Sanitation District communications and public affairs manager, usually puts together graphs of snowpack once a week or so. Johnson put together a new graph on Friday for this story. She was surprised by what she saw.

The district measures snowpack in “snow water equivalent.” That number dropped by 4 inches between April 26 and May 1. That’s a dramatic drop.

All appear to have peaked on
April 25.

Johnson said people in
low-lying areas of East Vail need to keep an eye on the Copper Mountain site,
which also lost a good bit of water in the past week.

Johnson noted that the Vail
and Copper Mountain sites have peaked for the season right about on the
historic schedule. But, she added, the Fremont Pass site appears to have peaked
a couple of weeks early.

Given current weather
forecasts, it doesn’t look like there will be any late storms coming to rebuild
the currently lost snowpack.

Flood danger this time of year depends largely on how quickly the snow melts. That can also be sobering news for the state of the valley’s water supplies into the summer and fall.

In addition to the weak and melting snowpack, Eagle County is also under Stage 1 fire restrictions.

Birch Barron, Eagle County emergency manager, said those restrictions are due in large part to caution on the part of the valley’s first responders. Still, there’s already been a recent small fire near Eagle, and this week saw a significant fire erupt near Hayden, west of Steamboat Springs.

Barron said the idea is to
reduce potential risks for first responders. All of those agencies have been
taxed by responding to the county’s COVID-19 virus outbreak.

“We don’t want to respond to (incidents) unless it’s absolutely necessary,” Barron said.

Emergency response requires police, firefighters and paramedics to work in close quarters with each other and those they help. That increases the risk of transmitting COVID-19.

An outbreak in an agency could incapacitate a “huge percentage” of limited staff, Barron said.

Those responses range from
backcountry missions to swift water rescues.

Even without a global
pandemic, there’s plenty going on in May.

LeClair recalled a day a year
or two ago when Eagle County was under a winter storm warning and a Red Flag
wildfire conditions warning on the same day.

Besides the weather, bears
are starting to emerge from their winter slumber. The town of Vail a few days
ago issued a warning for residents to make sure their bear precautions are in
place.

As if all that isn’t enough,
ticks are out, too.

Be careful out there, folks.