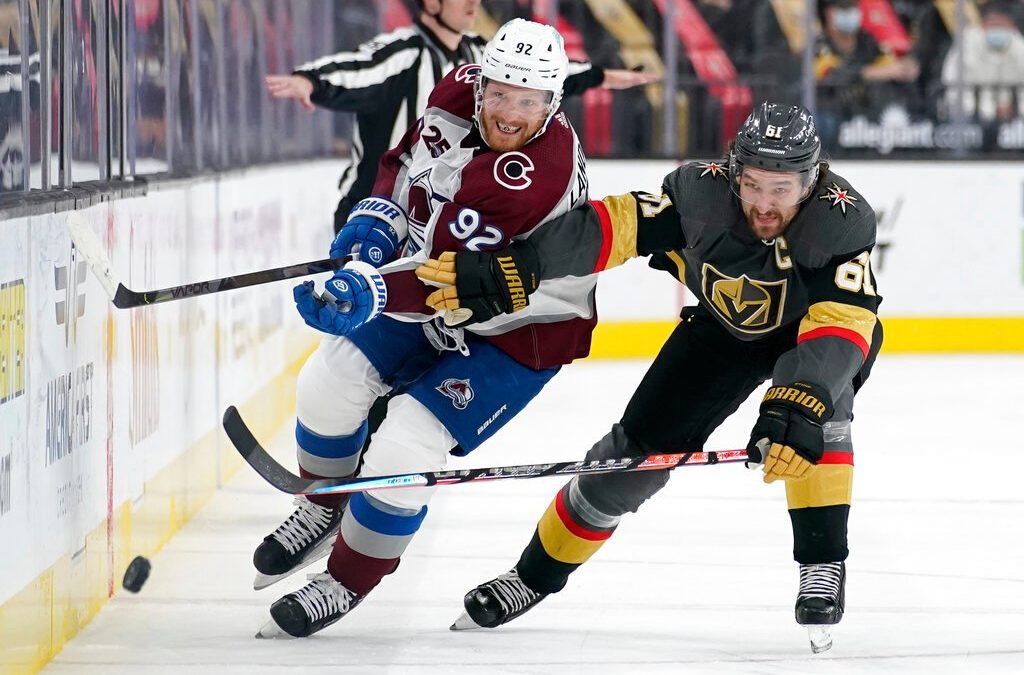 Minnesota or Vegas, the Avalanche was bound to play a physical opponent in the second round of the Stanley Cup playoffs. The Golden Knights just seem to have more of a bad-boy reputation, and the Avs will prepare accordingly.

Colorado finally learned its second-round foe Friday night after the Knights defeated the Wild 6-2 in Game 7 of their series at T-Mobile Arena. The Avs practiced for the fifth consecutive day Saturday and will have had a weeklong break between games going into Sunday’s Game 1 against Vegas at Ball Arena.

Colorado, the Presidents’ Trophy winner by virtue of a tiebreaker over Vegas, was 4-3-1 against the Knights in the eight regular-season meetings. Five of them were one-goal games. The Avs won the finale 2-1 on May 10 in Las Vegas despite being outshot 37-21.

The Knights will undoubtedly try to play ultra-physical because they have the personnel. On March 21 at Ball Arena, the Avs crushed Vegas 5-1. Two days later, the Knights amped up their physical game and beat Colorado 3-2 in overtime.

“We’ll have to deal with the physical aspect, no question, and we’re going to have to push back. We did that against St. Louis,” said Bednar, whose team swept the Blues with relative ease in the first round. “From a physicality standpoint, I thought we were really good in our battles and it’s something that we’re going to have to be good at with Vegas because they swarm the puck, they’re on the puck and they’re strong on pucks.

“So our compete level is going to have be through the roof and we just have to make sure we’re doing everything we can to help our teammates out to make sure they’re not taking big licks. Part of that is communication. Part of it is (avoiding checks). Part of it is getting in the right spot and doing the early work so there’s outlet passes so guys don’t have to hang onto the puck. You have to move the puck ahead of their pressure.”

“Yeah, they’re a physical team. They’re a good team. Listen, it’s not their physicality that makes them good. There’s a lot of things that make them good. If they want to play that game, it’s fine,” Landeskog said. “We just went through a series playing like that. We’re going to play our game and continue what we do, and play fast. We’re excited for this series.”

If the Avs advance to the third round, they will play an opponent outside the West Division — a team they have not played this season. For this round, Bednar and his staff know exactly what to prepare for.

“We’ve played pretty well against Vegas in physical games. We’ve played pretty well against them in games that have been up and down,” he said. “They’ve bettered us a few times. We’ve got the better of them a few times. You go through a 56-game schedule and we finish tied (for first) in points. In our eight-game series against them, we finish one point ahead of them.”