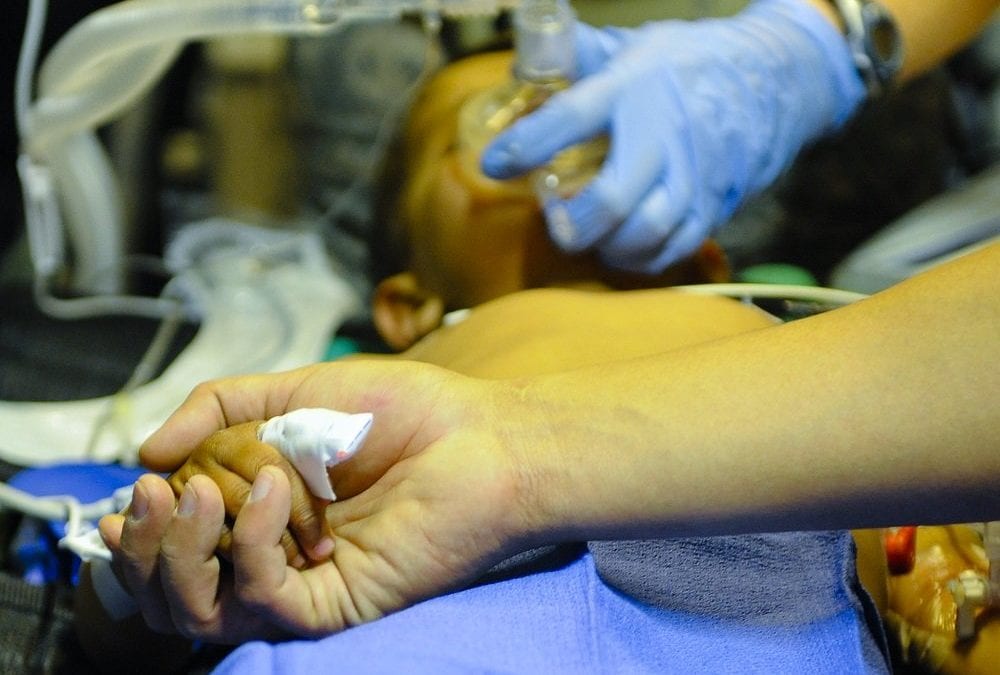 Increased physician-assisted suicide (PAS) in the United States is stripping the vulnerable of their equal rights in the American health care system, even as the country pledges to protect its most at-risk citizens at any cost during the coronavirus pandemic.

Health-care rationing already exists, especially for the sick and elderly, and worries about tight hospital supplies have sparked discussions about keeping medical care from elderly coronavirus patients even though U.S. hospitals are not yet as overwhelmed as other nations’ hospitals are. MSN News recently reported that U.S. hospitals are discussing “do not resuscitate” orders for coronavirus patients, “regardless of the wishes of the patient or their family members.”

The justification is that anywhere from eight to 30 hospital staff are required to attempt to resuscitate such a patient, and the process for doing so would put medical personnel in danger of contracting the virus and use up crucial medical products that are in short supply.

If the United States gets to the desperate point other nations such as Italy have, lacking the medical equipment and personnel to treat all critical coronavirus patients, triage will be necessary. Yet it is crucial that triage decisions such as these do not discriminate based solely on age or disability, writes ethics professor Charles Camosy:

New York state put together a protocol back in 2008 titled ‘Allocation of Ventilators in a Public Health Disaster’ (largely reaffirmed in 2015) designed for a moment like ours. Wisely, our state insists that age and health problems or disabilities unrelated to what is causing the epidemic shouldn’t serve as the basis for rationing. Prognosis for recovery is what matters.

A New York hospital could choose to give its last ventilator to the 72-year-old marathon runner rather than to the 57-year-old pack-a-day smoker. Again, based only on prognosis for recovery. The objectivity of the standard removes much of the physician’s subjective ideology from the picture.

Yet the cultural and medical climate in the United States has been growing more and more prejudiced against this kind of ethical calculus, putting especially elderly and disabled Americans in greater danger.

On March 18, the National Council on Disability published a letter to Department of Health and Human Services Office for Civil Rights, calling for increased attention and legal protection for the disabled as COVID-19 spreads. Citing current projections, NCD Chairman Neil Romano wrote rationed care for COVID-19 patients creates an especially dangerous climate for the disabled.

“The lack of resources to treat the population who will contract COVID-19 creates a deadly outlook for people with disabilities,” Romano wrote. “…people with chronic illnesses and other disabilities have been left behind, denied resources to survive, and as a result, have suffered great losses of life because of lack of emergency preparation that respects every life…Such prejudice has fed into the belief that people with disabilities, especially the most weak and vulnerable, should be put out of their misery.”

Romano recommended the Office for Civil Rights issue a notice to health-care workers to enforce compliance with several federal laws that ban discrimination against disabled and elderly people. NCD’s concerns for the disabled population are raised to an “unprecedented level” under the pandemic’s shadow, Romano wrote.

So far eight states, California, Colorado, Hawaii, Maine, New Jersey, Oregon, Vermont, Washington, and the District of Columbia have legalized physician-assisted suicide (PAS). Physician-assisted deaths were ruled legal by the Montana Supreme Court in 2009, although there is no state statute.

These legalizations use the same rationale as rationing or denying care to people based on their age and pre-existing conditions, rather than their prognosis for recovery. Most laws require a patient to be a resident of a PAS-legal state, have a prognosis of less than six months to live, and voluntarily request and self-administer life-ending drugs.

“If there’s any silver lining that we’re seeing come out of the COVID-19 pandemic, it’s the renewed focus on caring for the vulnerable among us, particularly older Americans and those with underlying health conditions,” says state Rep. Brad Wenstrup (R-Ohio), who has introduced a bill in his state legislature to ban PAS. “In the era of physician-assisted suicide and what Pope Francis has deemed the ‘throwaway culture,’ I’m encouraged to see all of the outreach and support given to these at-risk populations. I hope that it continues on even when we move past this coronavirus.”

Proponents call it “death with dignity” to reduce the stigma of the words “suicide” and “euthanasia.” These concepts have degraded medical ethics in other life-and-death situations, such as the scenario of triaging limited care for very ill coronavirus patients.

Medical interventions and extreme pain can induce behavior and circumstances considered “undignified,” and fear of death easily leads to a fear of lack of dignity, said John Seeds, an MD and former professor at Virginia Commonwealth University School of Medicine.

“There can be no dignity for one human person to take the life of another,” Seeds said. “No one can accurately predict the circumstances of their death. Pain can be controlled. Fear is more difficult.”

Euthanasia directly conflicts with the ethical and moral obligation of a physician, Seeds noted. The Hippocratic Oath, the physicians’ code of ethics, includes the promise to not purposely take the life of a patient.

“I do see our culture moving toward the removal of legal and moral restrictions on these procedures,” Seeds said. “The evolving divorce between the practice of medicine and the ethical and moral foundations of civilization is a modern tragedy.”

The concepts of “quality of life,” “dignity,” and others that automatically assume age and disability discounts a life compared to others are affecting medicine in myriad ways outside triage decisions and euthanasia, said Marilyn M. Singleton, MD.

“As Medicare faces bankruptcy and insurance companies seek more profits, what better way, whether consciously or unconsciously, to remove costly patients from the insurance rolls in the name of compassion?” Singleton said. “Already patients are being steered into hospice, sometimes before other more expensive treatment options have been offered.”