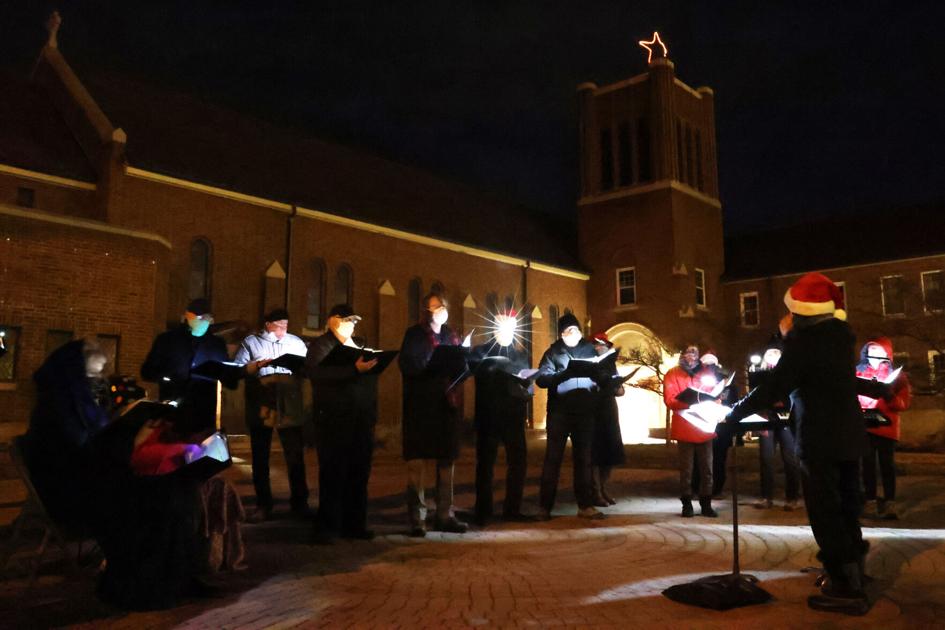 This year, a remote-only broadcast that’s been recorded and will play online all day Thursday will be available.

“You can’t put that many people in a room safely,” Senior Pastor Brady Boyd said. “We feel it would be too big of a risk.”

Even though capacity limits have been lifted at churches across Colorado following a recent U.S. Supreme Court ruling, facial coverings, social distancing and sanitization practices are still required under the state’s COVID-19 policies pertaining to indoor public spaces.

The state’s current executive order for houses of worship is different. Those officiating services or participating in religious services, funerals or memorials “may temporarily remove masks where the temporary removal of a face covering is necessary to complete or participate in the life rite or religious service.”

People who attend live services at houses of worship are asked to “voluntarily comply,” she said.

Restrictions on indoor gatherings, such as capping attendance and requiring facial coverings, have been the subject of many lawsuits that claim such limitations violate the U.S. Constitution’s rights of religious freedom.

In October, two Colorado churches — one in Wheat Ridge and another in Brighton — succeeding in gaining a preliminary injunction to exempt them from the state’s mask mandate policy indoors and cap on the number of people at indoor gatherings.

“We felt the decision would become permanent, as it now has,” she said.

El Paso County Public Health has received complaints over the past six weeks about New Life Church and Southside Bible Chapel, which were reported for not complying with the mask order, Hewitt said.

Churches such as New Life aren’t turning away maskless congregants..

“I’m not going to stand at the door and refuse people,” Boyd said. “We’re not being defiant, but I’m not the mask police.”

New Life staff are required to wear masks, and Boyd said he tries to set a good example by wearing a mask and modeling the rules.

“We’re still taking the same precautions we did back in March,” Boyd said, noting that attendance is restricted to 4,000 people, which is between 30% and 40% of what it normally was pre-pandemic.

Another 25,000 people are watching online, he said.

“Our church has tripled in size with online viewership,” Boyd said. “I think people are hungry for hope right now and looking for inspiration and encouragement.”

Once people sit down at New Life, they can remove their masks in order to participate in the service.

The same policy is in effect at Vanguard Church, a Baptist congregation with two locations in Colorado Springs. The church allows masks to be removed once congregants are seated, so they can fully participate in the service.

“Most people, but not all, do remove their masks once seated,” said Danel  Smith, pastor of operations. “They usually put them back on to use the restroom and once they leave.”

Mask-wearing is “strongly suggested,” she said. “But if they do not, we would not force them to wear one to come to service.”

Village Seven Presbyterian Church requires masks be worn throughout the service, according to a front desk receptionist who did not want to give her name. The church is continuing to restrict in-person attendance from the normal 1,200 people per service pre-pandemic to 320, she said.

Village Seven is doing both livestreaming and in-person Christmas services, and the annual musical production for which the entire neighborhood usually turns out was pre-recorded this year. Neighbors received goodie bags from the church and students from nearby Penrose Elementary School got gifts, too.

Some churches are only providing online services this year, others are offering in-person services, and many are doing both online streaming and live observances.

The choir and Senior Pastor Mike Hensley will be on stage in front of the church, and guests will be able to listen to music and messages via the radio in their cars.

“We really wanted to bless those that have been feeling out of touch and isolated during this crisis,” Hensley said in announcing the event. “We want people to know that they are not alone this Christmas. Things may look different now, but we want to give them hope that it will get better.”