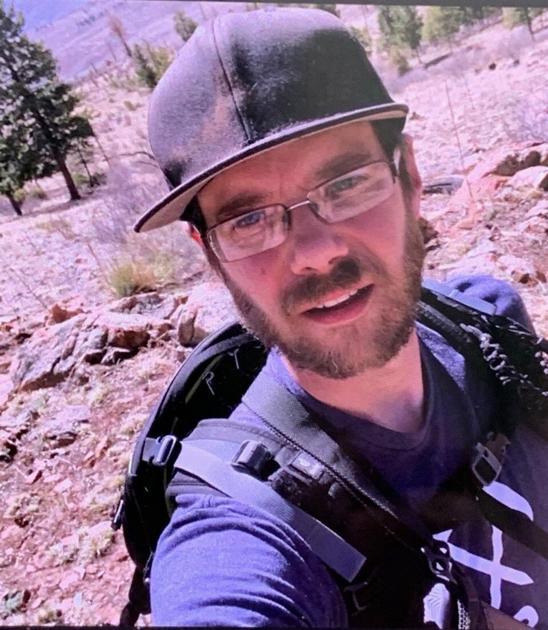 Arvada Police investigators called John “Johnny” Hurley a “Samaritan” and hero without providing details why, but his co-worker for many years was not surprised he intervened in a shooting Monday that left a police officer, the suspect and Hurley dead.

She used words such as “humble” and “super respectful” to describe Hurley, a 40-year-old Golden resident.

Arvada Police did not provide any additional details Wednesday, saying only: “We understand there are still several unanswered questions surrounding the incident on Monday. We want to be as transparent as possible. We have not completed all of the witness interviews and we are waiting on forensic evidence. We hope in the next few days to have all of this information and we promise to provide that to our citizens.”

For the past several years, Hurley worked at the Rocky Mountain Commissary, a shared kitchen facility in the 5600 block of Kendall Court in Arvada. Food trucks, catering companies and others use the Commissary in constant rotation. His co-worker Myra Molina described Hurley as an excellent chef and hard worker.

The fallen “samaritan” in the Arvada shooting was identified as John Hurley, 40, of Golden, during a press conference on Tuesday afternoon, June 22, 2021.

“He loved speaking Spanish, and he was always trying to learn and asking me how to pronounce things correctly,” Molina said Wednesday. “He made this a better place for everyone.”

Hurley had worked for a catering company up until it closed during the pandemic in 2020.

Molina said that while she was working on a dough-cutting machine Tuesday, she thought she heard Hurley’s voice calling “Myra Myra” — but there was no one there. Later, she said, it might have been a premonition.

Molina said Hurley wasn’t married. She described him as an activist and remembers him being involved in several environmental issues.

She described his love for Mexico and Mexican people, and told about the time he visited Mexico — shunning the tourist traps for the “heart of Mexico.”

“He loved the Mexican people and the culture and their accents,” she said.

Hurley also loved Colorado — hiking, biking, fishing, the mountains, playing music. Molina remembered fondly how Hurley escorted her niece, visiting the state for the first time, and took her hiking and to attractions including Red Rocks.

“He was super respectful,” Molina said. “She cried this morning when I told her” about the shooting.

Hurley took great pride in his work, Molina said, remembering him always owning up to mistakes and wanting to learn to do better. After the catering company he worked for closed last year, Molina said Hurley still came to work at the Commissary doing odd jobs such as installing cameras, fixing HVAC ducts, installing ceiling tiles and helping where he could.

“He always wanted to earn his money honestly,” she said. “The last company he worked for, he made a lot of money because they had high-priced food.”

Molina smiled and teared up a bit when remembering the last time they talked last week: “He liked to dance to music. So my last memory was him dancing with me here.”

Molina said she never remembers seeing Hurley with a gun, but his Facebook posts show he opposed gun control, with him writing March 22: “Most of the people who support gun control hated cops last summer, now I see them posting blue line pics. What happened?”

The shooting happened in front of the Army Navy Surplus store in Arvada on Monday. The store posted the following description on its Facebook page Wednesday. Owner Steven Cohen confirmed Wednesday the statements are accurate, from employee witnesses in the store that day:

“The story we wanted to tell is of John Hurley from Golden. Currently he is identified as the Samaritan or citizen that died in the Olde Town shooting. We want to let people and his family know what a hero he was.

“While we did not personally know John, we did recognize him as a regular customer. John pulled into our parking lot around 1:30 and was contemplatively smoking a cigarette near his car. When he finished his cigarette, he slowly walked into our store. Within under a minute upon John entering the store, 10-15 shots of what sounded like a rifle or tactical shotgun were fired in the square 50 yards away. Upon hearing these shots, John and another unknown customer unrelated to John went out of the open door toward the square with clear intent to eliminate the threat. While the unknown customer turned left to assess the situation without pulling out a weapon, John ran quickly without hesitation straight toward the shooter.”

“We want to thank and recognize John as we believe that his actions saved more lives from being taken,” the post continues. “He needs to be recognized by Arvada and all the citizens of Colorado for his brave and selfless actions.”

The Arvada Police Department refused The Gazette’s request under the Colorado Open Records Act to release the 911 tapes of the shooting, saying it’s an “ongoing investigation.”

A Go Fund Me page has raised more than $16,000 for Hurley’s family less than 24 hours. Organizer Brian Romero said Hurley’s family authorized the account. “I work with his sister Erin and am putting this together on her and her family’s behalf,” Romero said, but did not respond to multiple inquiries by The Gazette to verify the account.

Hurley’s sister, Erin Hurley, declined to comment when contacted by The Associated Press, but said her family planned to issue a statement at some point.

She wrote on Facebook: “Johnny acted without hesitation and possibly saved many lives while sacrificing his own.”