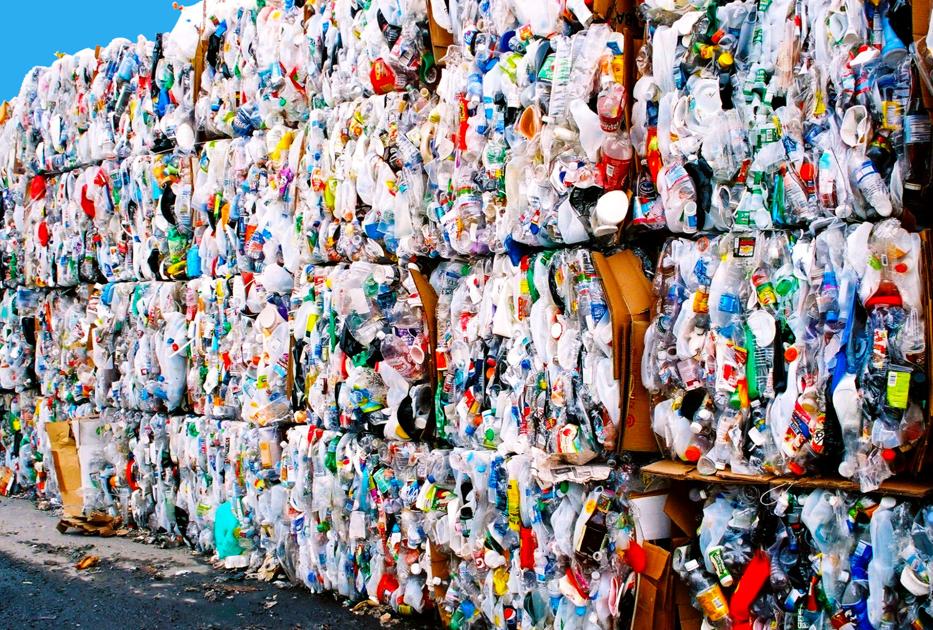 When you drop an empty milk jug, soda can, pickle jar or cardboard box into a recycling bin, will it make its way to a processing center and be reborn as carpeting, a beer bottle or a coat?

Maybe. Or maybe not.

There’s no tracking method to determine whether an item marked for recycling is successful, or winds up being sent to a landfill, said Kate Bailey, policy and research director for Eco-Cycle, a nonprofit recycling company that operates Boulder County’s recycling center.

Generally speaking, if you’re careful about recycling only what the hauler takes — such as cardboard, newspaper, glass and plastic bottles — then chances are good that your efforts will not be fruitless.

Still, Monument resident Bob Corley said he’s “very skeptical about the whole process.” His family moved to Colorado 24 years ago, and coming from California, he had a personal recycling mentality.

After paying $13 extra a month for the service at his home, Corley said he was disheartened when the hauler told him that plastic grocery bags, some glass products and bottle caps were among the items not accepted.

“The idea of recycling supports care for our planet, and I want to be a good steward of our land,” Corley said. “But I don’t want to spend money for a broken system that doesn’t actually recycle. It has to make some economic sense.”

It’s in the best economic interest of the recycler to grab those items and recycle them, Bailey said.

Recyclers want to sell as much reclaimed material as they can, to offset costs of collection, sorting and transporting the prepared goods to a handler, she said.

“If the recycler doesn’t sell those materials, they have to pay for them to be landfilled,” she said.

It’s all about the cost.

“Recycling works like a business,” Bailey said. “It means job creation and economic impact for communities, but it’s also challenging for recyclers because the prices go up and down.”

Processing recycled goods is more expensive than in the past, said Mark Snedcor, area director of recycling operations for Waste Management, the largest recycler in Colorado. A materials recovery center costs $25 million to $40 million to build, he said.

And China’s tightening on recovered materials in recent years has decreased the price of the commodities.

“In the heyday with China, the value was so high,” he said, “but those days have dropped off.”

The coronavirus pandemic has produced a market rebound of sorts. More people staying at home because of COVID-19 restrictions has caused a surge in home improvement projects, increasing the demand for carpeting, insulation and paint, Snedcor said.

That means cardboard, metals and mixed papers are hot commodities for recyclers now.

“A lot of mill customers, like carpeting manufacturers, need these materials to put into their finished goods,” Snedcor said.

Translucent plastic cups, for example, can be repurposed as paint cans. Milk jugs can be reincarnated as construction piping and tubing. Water bottles can become winter coats or building insulation.

“A glass jar you drop in your recycling container can be back on the shelf in two weeks to 30 days,” Snedcor said, “as opposed to mining the raw materials.”

And, “That aluminum beer or pop can can be recycled in infinity.”

About one-third of municipal solid waste in the United States was recycled or composted in 2019, according to the Environmental Protection Agency.

Some products have a higher rate than others — just 8.5% of all plastics were recycled in 2018, the EPA reports, but for certain kinds of plastics, such as clear milk jugs or water jugs, the rate was 29.3%.

A Greenpeace study released in February determined that the majority of recycling centers in the nation only accept two out of seven types of plastic that’s often thought to be recyclable.

In the acceptable category were plastic jugs and bottles. On the rejection list were plastic food tubs, cups, lids, plates and trays.

Whether products advance through the system and in a few weeks come out the other side depends on several factors, according to industry officials.

One problem is knowing what waste can be recycled.

Ceramic mugs, for example, cannot be recycled. Neither can plastic grocery bags, textiles such as clothing, pieces of wood or messy diapers, Snedcor said.

Such items get caught in the sorting process. Thus, Christmas lights, hoses and other throwaways that can tangle also are a no-no.

Cans, bottles or jars with food or liquids still inside will be rejected, too.

Washing containers is not necessary, Snedcor said, but it is important that solid and liquid food be scraped out and removed from the jar, can or bottle.

Labels don’t need to be torn off, either, Bailey said.

“If it’s going to gross you out, then rinse it out, but rinsing is not a deal breaker,” she said. “It’s thoughtful.”

And if your neighbor isn’t as fastidious as you are, your clean recyclables can get tainted by their dirty ones.

“If the guy down the street throws nasty, juicy garbage in the recycling container, it contaminates yours,” Snedcor said.

“If you don’t want to be part of the recycling process, don’t muck it up for others,” he said. “If you think it’s trash, throw it in the trash, or do your research to find out what’s recyclable.”

Several Gazette readers have reported seeing their separated recyclables tossed into the regular compartment of a trash truck, for example. Does that mean the carefully sorted materials are destined for the landfill afterall?

And in El Paso County, where waste disposal is a competitive business with locally owned and national haulers serving residential and commercial customers, systems differ by company.

“Some haulers might have a program where you put your recycling in a bag, and it gets thrown in the same truck but then it gets grabbed out later,” Bailey said. “They use one truck to be more efficient — but it may look like your stuff is not getting recycled.”

In Chicago, for example, residents use blue bags for recyclables, which are easily identified and removed from the regular trash after collection, she said.

Caren Johnson, who has lived in Colorado Springs for 30 years and pays for curbside recycling, wonders about the reliability of recycling efforts.

“While it is extremely convenient to throw my glass, aluminum, paper and plastic in one can — I am very skeptical it is getting recycled,” she said. “It almost seems too convenient, and when we think it is all being recycled, it isn’t truly happening.”

Bailey said the Eco-Cycle’s collection and processing operation receives “a lot of things we can’t accept.”

About 85% of recycled materials are now processed domestically, Snecdor said.

Colorado Springs has a Waste Management processing plant for cardboard and paper, so a cardboard box from Amazon delivered to your home can be processed, transported to a mill and be back in action in 30 days, he said.

Aluminum can and glass recycling processors, along with two bottle manufacturers, operate in other Colorado cities.

“It takes just a fraction of the energy demand to use recycled content,” Snedcor said. That’s because it’s already partially processed, as compared to culling raw materials, such as drilling for oil to make plastic, he said.

Statewide, recycling fell to 15.9% in 2019, down from 17.2% in 2018, putting Colorado’s recycling rate at less than half the national average of 35%, according to the 2020 State of Recycling in Colorado Report, which Bailey helped compile.

New legislation and more state funding is expected to improve Colorado’s numbers, and stricter federal requirements on packaging are designed to increase recyclable materials and reduce the amount of waste Americans produce. The average person generates 4.9 pounds of municipal solid waste each day, according to the EPA.

Johnson, the Colorado Springs resident, said she’ll continue to do her part.

“I choose to pay for recycling because at the end of the day we have limited resources and we are destroying the planet,” she said.