April Macie, who has made a comedy career out of tragedy, comes to Colorado Springs 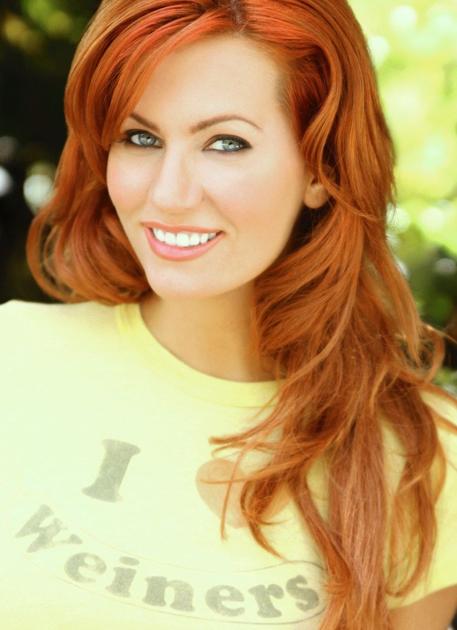 It used to be one of April Macie’s go-to jokes.

She doesn’t feel qualified for any job other than comedy. On stage, she’d self-deprecatingly say, “I mean, what else would I do?”

When the pandemic took the seasoned comedian off the road, that question became more real.

“Quarantine made me realize that I really don’t have any other skills,” Macie said.

In lieu of a career change, she spent a lot of time with her husband doing puzzles and making banana bread at home in California.

And she spent time missing the stage.

Macie is happy to be back on tour, which includes four sets this weekend at 3E’s Comedy Club in Colorado Springs.

This is what she’s done for 20 years, ever since she started trying out open-mic nights at The Comedy Store in Los Angeles in 2001. She remembers driving home thinking, “I have purpose for the first time in my life,” she said. “This is my calling, and I never knew.”

Macie knew she was funny well before then. Growing up how she grew up, she says she had to be funny.

As she relates in her 2019 TEDx talk, her childhood was defined by tragedy.

Her parents married as teenagers and were very poor. They moved in with Macie’s grandparents and aunt, who was diagnosed with paranoid schizophrenia and committed suicide when Macie was 10.

Her grandfather contracted AIDS from a blood transfusion during heart surgery and passed the disease to her grandmother. They died when Macie was young.

“It was just one thing after another,” she said. “This pile of sadness.”

To get through it, she told jokes. She did anything to get her mom and dad to laugh.

“It felt like a release for everything we were going through,” she said. “If you can make someone laugh, you can take away their pain. You see power in it.”

She’s seen that firsthand at her live shows.

Like the husband and wife who attended the Macie’s annual show in Tampa for 12 years. At Macie’s latest show there, the wife was alone. She brought along her husband’s ashes because, as she told Macie, “This is a thing we did together and it made us happy.”

“Everybody looks for laughter when things are sad,” she said. “It’s a break from life.”

Macie has proven to be good at providing that. She’s been a finalist on NBC’s “Last Comic Standing,” appeared on Sirius and XM Radio, Access Hollywood, and was voted the “funniest and hottest” comedian in America on “The Howard Stern Show.”

Along the way, she’s spoken up about how people comment that she “doesn’t look funny,” simply because she’s a woman.

“You’re operating under the assumption that women have no challenges or anything interesting to talk about,” she said. “It doesn’t make sense.”

She remembers looking at a comedy club’s calendar and seeing only two female names over a 72-week stretch.

In her headlining sets around the world, Macie calls out that inequality and proves, just by being herself, that she belongs — and that she shouldn’t be doing any other job.

“I just say to support lady comics,” she said. “We’re just as damaged and funny as men.”