Apartment rents in Colorado Springs soar to another record high 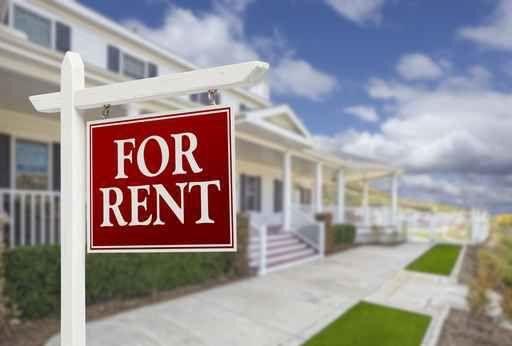 Colorado Springs apartment rents rocketed to another record high in the first quarter, with the average topping the $1,300 mark for the first time, a new report shows.

The average monthly rent for a Springs-area apartment climbed to $1,333.69 between January and March, a nearly $115 increase from $1,218.94 during the same period in 2020, according to a survey of multifamily owners and landlords by Ron Throupe, a University of Denver associate business professor, and Jennifer Von Stroh of Colorado Economic & Management Associates in Denver.

The first-quarter average rent was up by just over $57 from the previous record high of $1,276.64 set in the third quarter of 2020, their report shows.

Soaring rents have become the norm over the past few years for the Springs apartment market; beginning in 2019, record highs have been set in six of the last nine quarters.

A strong demand for apartment living has helped propel rents, much like single-family home prices have soared, in part, because of a clamor for housing.

Colorado Springs’ desirability as a place to live and more people moving to the Pikes Peak region from places such as California have helped fuel that demand, said Gary Winegar, investment services president for Griffis/Blessing, a Springs real estate firm that manages more than 9,300 apartments, mostly along the Front Range.

Many people choose to live in apartments because of record-high prices for single-family homes and a shortage of houses for sale, he said.

“There’s a lot of people who cannot afford a house; they don’t have the down payment,” Winegar said. Borrowing requirements also are tighter since the Great Recession and not everyone can qualify for a mortgage, he added.

From a lifestyle point of view, some younger people want to remain mobile, don’t want to be tied to a home and prefer apartments, Winegar said. Some of them also lived with parents during the COVID-19 pandemic and now are moving out, he said.

Older residents, meanwhile, have downsized from larger homes and prefer the maintenance-free living that apartments offer, he said.

In addition to the strong demand, some apartment owners and landlords have raised rents to cover higher expenses for labor, insurance and property taxes, Winegar said.

But while demand is strong, the availability of apartments remains tight.

The first-quarter vacancy rate for Springs-area apartments was just 5%, meaning 95% were occupied, according to the report by Throupe and Von Stroh.

Some renters have stayed put in their apartments because of state and federal eviction moratoriums that were enacted to help tenants after the onset of the pandemic, said Laura Nelson, executive director of the Apartment Association of Southern Colorado. That’s contributed to the low vacancy rate, which, along with the strong demand, puts pressure on rents, she said.

“Everything’s full,” Nelson said. “Demand is just out of the roof.”

Many high-end, amenity-filled apartments constructed in the Springs have some of the priciest rents, which pushes up the overall average, she said.

“Primarily what they’re building right now obviously is high end, and in some cases, extremely high end,” she said. “When you have a total of, what do we have, 53,000 units in this survey, and you add 300 or whatever that are higher than market, it doesn’t take a whole lot to tip that scale.”

Developers have planned or launched construction on apartments for low- and moderate-income households and so-called workforce housing with less expensive rents for teachers, public safety employees and restaurant workers, Nelson said. Still, those projects aren’t yet close to opening, she said.

There’s no sign that rents will slow anytime soon, especially as the local economy recovers from the pandemic and demand for apartment living continues, Winegar said.

“I would expect with a robust recovery, we’re going to see rents continue to increase,” he said. “By how much, I don’t know. But they’ll probably increase faster than general inflation.”