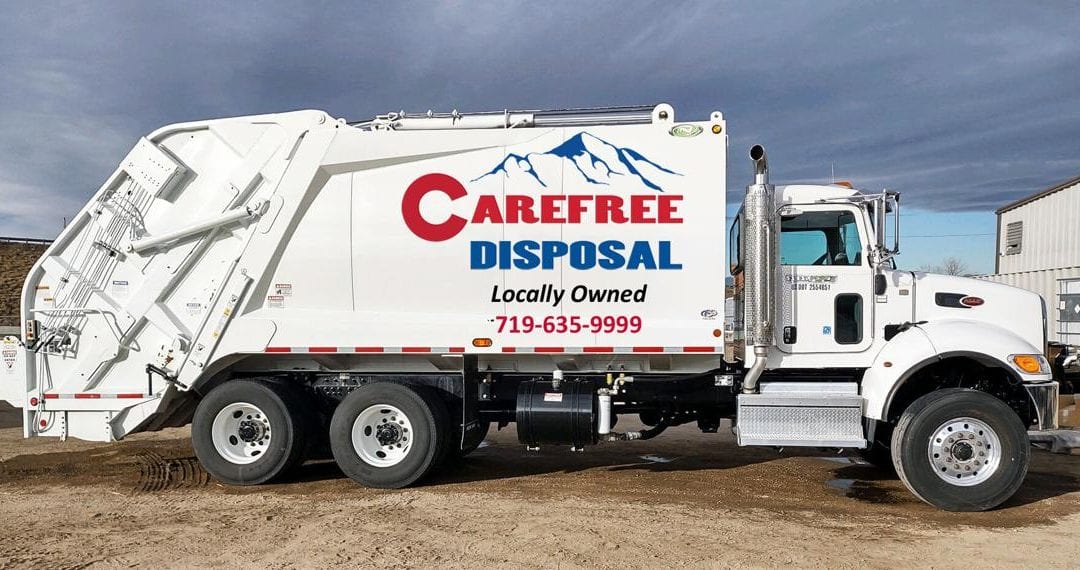 Darrell Stutzman and Renae Rockwell both left Bestway last year, two years after the company was acquired by Canadian waste giant GFL Environmental, and joined with Scott and Ricky Saunders of local trucking company Carefree Heavy Haul to form Carefree Disposal last month. The new company plans to begin picking up trash March 1 from homes in western and central Colorado Springs and expand to the entire city within three years.

“We will offer the highest level of customer service available. We started the company because our friends, family and everyone else was complaining about their trash service,” said Scott Saunders, who is president of Carefree Disposal. “All of us were born and raised on the west side of Colorado Springs, and we feel that somebody local needs to pick up trash and do it right.”

The company will start out with a single truck serving the 80903, 80904, 80905, 80906, 80907, 80909 and 80919 Zip codes and will add a second truck April 1 to start offering recycling service. Carefree Disposal plans to begin offering commercial service May 1 and start adding adjacent ZIP codes to its territory this summer, Scott Saunders said. The four owners are Carefree Disposal’s only employees, but the company will hire up to 40 employees and expand its fleet to 30 trucks to serve the entire city.

Customers can reach the company for more information or to sign up for service at 635-9999 or www.carefreedisposal.com.