Another foot of snow possible in southern Colorado after weekend storm 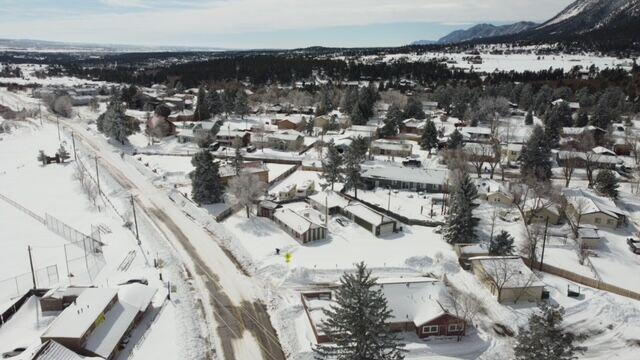 A fast-moving system could bring another round of snow to the Pikes Peak region this week to top off a massive late-winter storm that halted travel across the state.

Between 2 to 4 inches is possible in the Pikes Peak region as rain turns to snow Tuesday night and continues through Wednesday morning, said Kyle Mozley, a meteorologist with the National Weather Service in Pueblo.

More snow is possible along the Palmer Divide, but likely won’t exceed five inches based on current weather models, Mozley said. The biggest snow totals are expected in southern Colorado, near the New Mexico border, where between 10 inches to a foot of snow is possible, he said.

Though the next storm’s impact will be less severe than the weekend’s, Mozley warned of a slushy morning commute on Wednesday.

The past storm likely made a good dent in this year’s drought conditions, especially in the east where 2 to 3 inches of rain was recorded near Lamar, Mozley said.

Even so, the dry conditions depend on the months to come.

“If we keep continuing to get these storms to roll through, then it probably will alleviate some of that drought,” Mozley said. “But if it is just a one-and-done and it stays dry, the drought is going to persist.”

As meteorologists shifted their focus to the incoming storm, roads slowly began to reopen Monday morning across the Front Range. Interstate 25 between Colorado Springs and Castle Rock and Highway 83 reopened mid-morning, after authorities shut the roadways down due to blowing snow and white-out conditions.

Many cars remained stranded as snow plow crews worked to clear the roadways.

The National Weather Service’s official snowfall report said Woodland Park received 23 inches of snow from Saturday into Monday. But between 2 feet and 3 feet of snow fell in parts of Teller County, said commissioners who rode along with plow crews, which ran day and night shifts to clear roads.

Teller County Sheriff’s Office responded to many vehicles that slid off the roadways and got stuck, said spokesman Lt. Wes Walter. There were no serious rescue situations reported, he said, and the county did not request assistance from the National Guard.

County law enforcement owns a fleet of snowmobiles that are dispatched as needed during severe weather, Walter said. They were not activated during the weekend storm, he added.

Ute Pass and U.S. Highway 24 West were kept open, although “it was slow going,” Walter said. A steady stream of cars thought to be skiers returning from the slopes crawled along the highway on Sunday, he said.

Residents were shoveling and plowing their properties Monday morning, as the skies cleared, the sun came out and the snow started to melt.

More snow is forecast for Tuesday, with 1-3 inches predicted for Teller County.