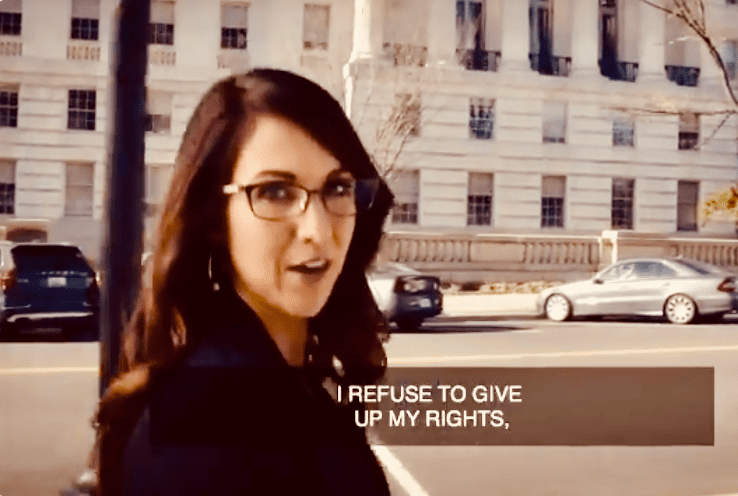 Democrat State Rep. Donald Valdez of La Jara appears to be on a mission to unseat Republicans who were in Washington, D.C. during then-President Trump’s “Save America” rally.

Valdez failed on Tuesday to have Republican state Rep. Ron Hanks of Fremont County dismissed from serving on committees or face expulsion for daring to attend Trump’s January rally, in which he did not invade the Capitol or break any laws.

He will target another Republican on Thursday when he announces his candidacy for the Democratic nomination to face U.S. Rep. Lauren Boebert one year and nine months from now.

If Valdez stays in the race and doesn’t chicken out like he did last time, the Denver Post says he will face a crowded field that includes Gregg Smith, Colin Wilhelm, Sol Sandoval, Root Routledge, and Kerry Donovan of Vail, who doesn’t even live in the 3rd Congressional District.

Valdez’s campaign message so far is this: Vote for me because I wasn’t in D.C. and egging on protestors like Boebert.

Boebert did not encourage rioting or the unarmed “insurrection” of paramilitary extremists, angry citizens, and this provocateur forcing their way into the closed Capitol.

We now learn that indicted Capitol rioter and BLM supporter John Sullivan sold video of his self-narrated invasion of the Capitol for $35,000 to CNN and another $35,000 to NBC, Rowan Scarborough of the Washington Times reports.

Mr. Sullivan, whose Internet profiles are anti-Donald Trump and pro Black Lives Matter and Antifa, wore “Make America Great Again” garb as he urged protesters to push back police and invade Congress. He rooted for Trump supporters to scale a wall, then entered the Capitol through a broken window, according to an FBI affidavit.

The affidavit quoted him as yelling,  “There are so many people. Let’s go. This shit is ours! F—k yeah,” and “We accomplished this sh-t. We did this together. F—k yeah! We are all a part of this history,” and “Let’s burn this shit down.”

Democrats are determined to weaponize Jan. 6 as a spontaneous insurrection prompted by the former president.

Meanwhile, their friends in the media and Big Tech are only too happy to drive that talking point into the ground, while branding everyone who attended the rally or voted for Trump as the new evil.

Conspiracy theories about Boebert having anything to do with the riot other than evacuating with other lawmakers to get away from the angry mob have been proven as completely false.