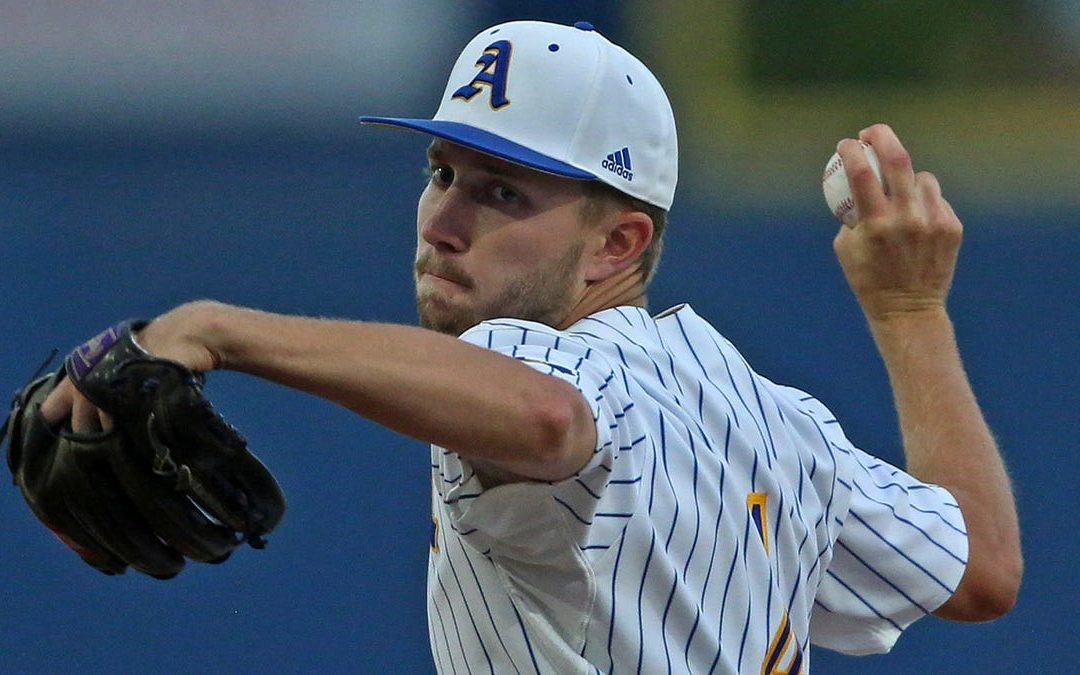 They’re so close they can almost taste it.

The No. 10 Angelo State University Rams got off to a fast start again and held off No. 1 Colorado Mesa 5-2 in a winner’s bracket game at the NCAA D-II South Central Regional Friday night at Foster Field at 1st Community Credit Union Stadium.

ASU (41-7) can punch its ticket to the D-II College World Series with a win against either Lone Star Conference rival West Texas A&M or Mesa at 6:30 p.m. Saturday.

If the Rams lose Saturday night, they will play an “if necessary” game at 2 p.m. Sunday.

WT and Mesa face off at 2 p.m. Saturday in the double-elimination tournament. Earlier Friday, No. 5 WT edged No. 24 UC Colorado Springs 7-6 in an elimination game.

The Rams are shooting for their fourth trip to the CWS in program history under head coach Kevin Brooks, and their first appearance since 2015 and 2016.

The Rams took a 2-0 lead in the bottom of the first on a two-run home run by senior right fielder Josh Elvir, the two-time D-II National Player of the Year.

ASU added another run in the second and two in the fourth, and the Rams were leading 5-0 before the Athletics scored a run in the sixth and one in the ninth for the final margin.

Mesa, which eliminated ASU two years ago in San Angelo to deny the Rams a trip to the CWS, dropped to 42-6.

Rams reliever Carson Childers (6-0) got the win after going the final five innings. He limited Mesa to four hits and two runs, but only one of them was earned.

The 6-foot-5, 235-pound redshirt sophomore from Round Rock High School struck out seven and didn’t give up any walks.

Elvir went 2-for-3 with two RBIs and one run scored.

Second baseman Reese Johnson also drove in a pair of runs for ASU.

Conrad Villafuerte and Caleb Farmer drove in a run apiece for Mesa.

Athletics starter Ryan Day (8-1) took his first loss on the season after giving up five hits and five earned runs in six innings. He struck out seven and walked two.

Gage Edwards took over in the seventh and only gave up one hit in two innings.

Charles Bryce is a journalist covering sports in West Texas. Send him a news tip at cbryce@gannett.com. Consider supporting West Texas journalism with a subscription to GoSanAngelo.com.