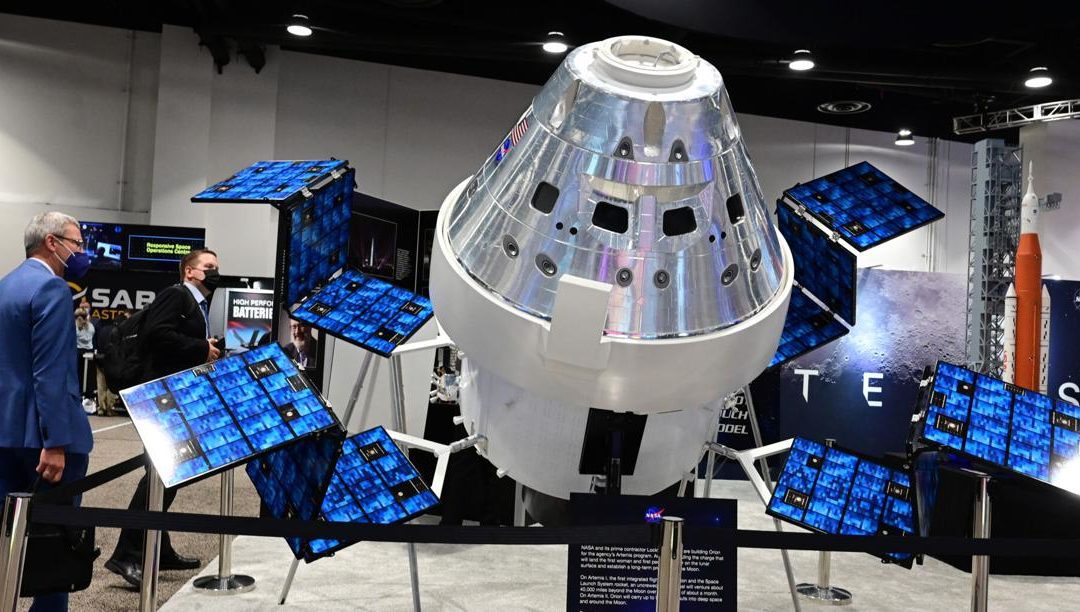 It wasn’t the biggest Space Symposium in history, but the weeklong gathering at The Broadmoor was likely the busiest.

Hundreds of space companies came back from pandemic-driven isolation with pens ready to ink contracts and money burning a hole in their well-stuffed pockets. While the rest of the economy roiled amid COVID-19, space continued to soar, with the aerospace sector in Colorado marking more than 10% growth.

But while Colorado clearly reigns supreme in the space business, plenty of places would like to claim the throne. Hawaii, Alaska, Oklahoma, Virginia, Alabama and New Mexico had staffers shaking hands behind the scenes and lurking in the ubiquitous hospitality suites where the deals are done.

The January decision by President Donald Trump to uproot U.S. Space Command to Huntsville, Ala., put blood in the water and the sharks circled.

Space Command, which oversees all military missions in orbit, was reestablished here in 2019, and the city was recognized as the home for the command through at least 2026 by the Pentagon.

Trump shocked local leaders and turned heads nationally when he gave the command “single-handedly” to Alabama, in what insiders say was a political move meant to reward loyalists while punishing an increasingly blue Colorado.

Colorado Springs has its own sharks. Lt. Gov. Dianne Primavera had a private meeting with Air Force Secretary Frank Kendall, who sounds like he could be swayed to overturn the Alabama move. Kendall told me he’s awaiting the outcome of a pair of investigations from the Pentagon inspector general and the Government Accountability Office before making a final decision.

The city’s other sharks swim in congressional waters, where a quiet effort is crafting an amendment that would block cash for the Alabama move until lawmakers can determine if Trump put politics ahead of national security.

Colorado Springs has plenty of admirers, too.

“Keep up the fight,” one general told me of Colorado Springs’ battle to keep the command.

In dozens of interactions with top brass from Space Command during the symposium, the troops who defend America in space made it clear to me that they want to stay in Colorado Springs.

They aren’t going to come out and shout it from the rooftops. People in uniform are paid to follow orders, not to question them.

But the message from one colonel came through loud and clear: “This is our home. Please help us stay.”

During the final keynote speech of the symposium, Colorado Democratic Sen. Michael Bennet told a crowd gathered for the Space Technology Hall of Fame that ripping the command and its troops from Colorado would cost money the government doesn’t have and time it can’t afford as leaders struggle to fend off growing threats in space from Russia and China.

In this file photo, Sen. Michael Bennet, D-Colo. speaks during a town hall meeting during his presidential campaign on Feb. 2, 2020, in Dover, N.H.

A member of the Senate Intelligence Committee, Bennet said only close coordination between intelligence agency experts in Colorado and their military counterparts down the street or across the hallway at the command have kept American satellites safe.

“We are the nexus of space operations for the intelligence community and the Department of Defense,” Bennet said. “Those are the facts.”

But as the senator and others battle on Capitol Hill to keep the command in town, there’s another great reason to keep it here. It’s more plowshares than swords, and the Space Symposium proved it.

The Space Foundation’s event brought together the brightest space minds in the world for an event in a city where they love to visit. Thousands of people exchanged ideas and thought up new ways to keep America’s lead in space.

It could be days or decades before the seeds planted at the symposium bear fruit. But the seeds were firmly planted in rich Colorado soil, and they’re sure to take root.

Colorado Springs needs to keep farming and plucking out any Alabama tangle weeds that crop up.

“This moment calls on everyone here to lead,” Bennet said.