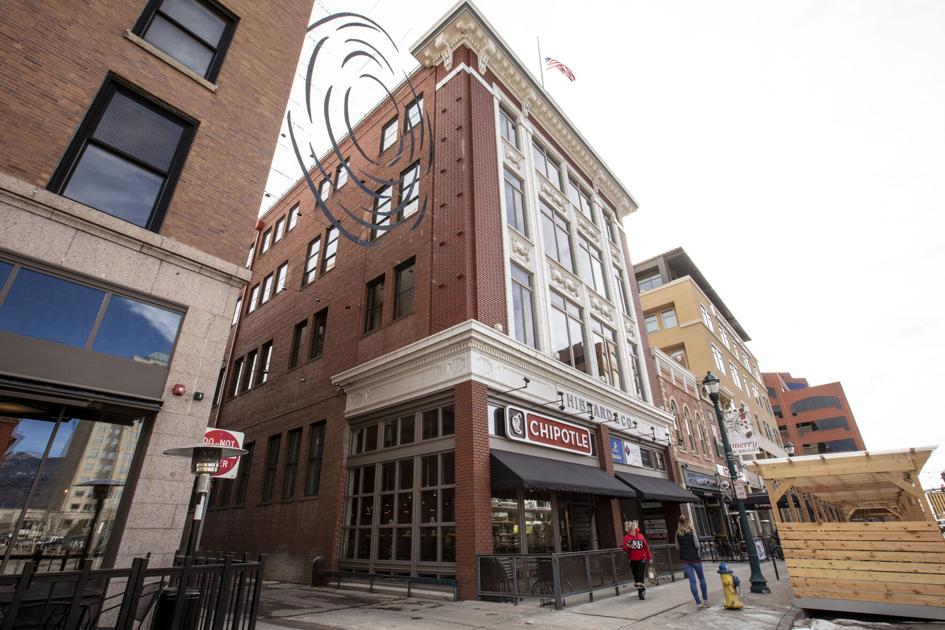 The landmark Hibbard & Co. building in downtown Colorado Springs, where generations of local residents once shopped at the iconic department store of the same name, has been sold after more than a century of Hibbard family ownership.

Global Pacific Properties, a suburban Denver commercial real estate company, paid $5.55 million last month for the five-story, 40,000-square-foot building at 17-19 S. Tejon St., according to a Global Pacific news release. The acquisition was made in partnership with Urban Frontier, a Denver developer and investor.

The Hibbard & Co. department store was a Colorado Springs institution.

Founded in 1892 by Cassius Hibbard at Tejon and Pikes Peak Avenue, the store moved to the building at 17-19 S. Tejon that was constructed in 1914, according to Gazette archives. It remained there until it closed in 1996, and during its long run was operated by Hibbard family descendants.

The Hibbard family gave careful thought before it sold the building, said Tyler Hibbard, an executive with ANB Bank in the Springs.

“Each of the members of the family have their own careers now, and the building, as much as it has nostalgia for us, managing the building didn’t really fit into any of our lives anymore, so at that point it made more sense to sell it,” he said. “It was something that took a lot of consideration because we all grew up in that building to some degree.”

The Global Pacific news release touted the building’s history, visibility and location in a thriving downtown as among reasons for the purchase. Company officials couldn’t be reached for comment; the release didn’t indicate any changes would be made to the building.

The Hibbard family was represented in the building’s sale by Simon Penner and Brian Wagner of the Colorado Springs office of commercial brokerage Newmark.

The Hibbard & Co. store — which once boasted “you can always find it at Hibbard’s” — sold clothing, housewares, linens and other items at a time when downtown was the only place to shop in Colorado Springs. Sears and J.C. Penney were among well-known retail brands that once had a downtown presence.

Some department stores in the Springs, like in many cities, left downtown in pursuit of growing numbers of suburban rooftops. In their place, downtown became home to specialty retailers, restaurants, bars, art galleries and the like.

Hibbard & Co. didn’t move. But when it closed in 1996, Ralph Hibbard, a descendant of the founder and Tyler’s father, said the store could have continued but was running out of family members to operate it. Ralph Hibbard died in 2017.