Amendment B explained: What repealing Gallagher would mean for Colorado and your property taxes 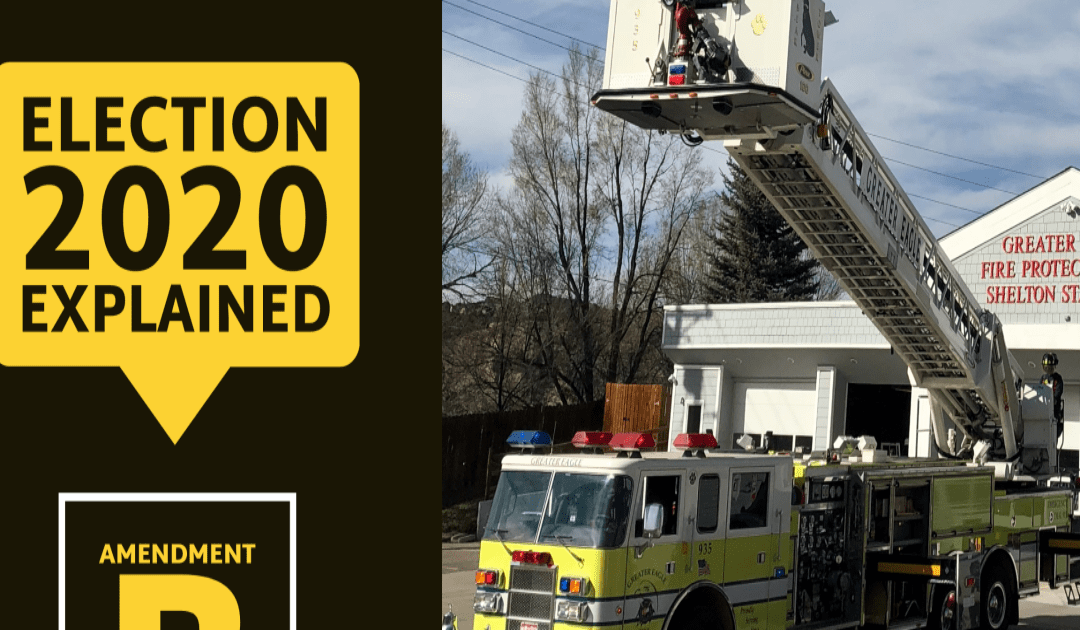 For the second straight year, Colorado voters face a choice on a complicated tax question that could have major implications for generations to come in terms of public services and taxpayers’ wallets.

This time, the matter at hand is whether to repeal the Gallagher Amendment, a constitutional provision that has had more impact on Colorado governance in recent decades than perhaps any policy initiative other than the Taxpayer’s Bill of Rights.

The Gallagher measure has saved Colorado homeowners an estimated $35 billion in residential property taxes since voters adopted it in 1982, easing the financial blow of the state’s rising cost of living. But the drop in property tax revenue also has set off a cascade of problems for the public sector, squeezing local budgets in rural areas that can least afford it, while shifting more costs to a state government that has financial challenges of its own.

Policymakers for years had sought a compromise that would protect local services from steep cuts while maintaining some of Gallagher’s protections for homeowners. But in the face of uncharted economic territory — and a pandemic-induced $3 billion state budget deficit — state lawmakers are instead asking voters in November to repeal it entirely and without a replacement.

In a rare display of bipartisanship where tax policy is concerned, state lawmakers in June put the referendum, now known as Amendment B, on the ballot by a vote of 79 to 20. Proponents of the repeal say that if Gallagher isn’t eliminated, it will make a dire situation worse for property-tax reliant public services like schools, firefighters and rural health care. At a time when public agencies have already laid off around 40,000 workers across the state, Gallagher is expected to trigger an additional $491 million in cuts to school districts and $204 million in cuts to county governments. And those figures don’t include the impact on cities and special districts.

But for the average voter, it’s a big ask that comes at a fraught time. Repealing Gallagher in November will mean residents would have to forgo a projected 18% residential property tax cut in 2021 — right in the middle of a recession that is threatening to exacerbate Colorado’s affordable housing shortage.

Because their approval is needed to change the constitution, that also means Colorado voters face a daunting responsibility: understanding the trade-offs of a complicated piece of tax policy that even policy experts struggle to explain.

Here’s what you should know about Amendment B and the Gallagher Amendment before you cast your ballot.

The basics of the Gallagher Amendment

The Gallagher Amendment — named after the former state lawmaker, Dennis Gallagher, who co-wrote it — was sent to voters at a time when homeowners across the country were revolting against rising property taxes.

But unlike other states that adopted property tax reforms during this era, the amendment was designed not just to cut taxes on residents, but also to shift the property tax burden to businesses.

Here’s how it works: Think of Colorado’s statewide property tax base as a balancing scale. On one side are residential properties; on the other is everything else, like commercial buildings, industrial factories and even vacant land. Under Gallagher, residential property can’t make up any more than 45% of the overall tax base, with nonresidential properties making up the remaining 55%. Whenever home values rise faster than business property values, the scale can get thrown out of balance, and the state constitution triggers a cut to the residential assessment rate, which helps determine how much homeowners pay in taxes.

If Gallagher was designed to shift the property tax burden from residents and to businesses, it begs a question: Why do so many public officials blame the measure for their budget woes?

The answer is twofold — and both parts are critical to understanding why Gallagher has proved so problematic for policymakers.

The first issue is that when Gallagher was adopted, communities could shift their mill levies up and down to compensate for changes to the residential assessment rate. When residential taxes fell, Gallagher offered local officials a simple remedy: increase taxes on businesses to avoid budget cuts.

But with the adoption of the Taxpayer’s Bill of Rights, or TABOR, in 1992, Colorado governments can no longer raise taxes without voter approval. And raising property taxes is politically unpopular, particularly in conservative parts of the state that have been most affected by Gallagher’s cuts, meaning elected officials are reluctant to ask for changes.

The second issue is that Gallagher is based on a statewide ratio that doesn’t take local economic factors into account. In Colorado, what that means is the property-rich Front Range effectively dictates local tax policy for the entire state.

Take Denver, where home values are rising faster than Gallagher can cut them. Here, many local government budgets had been relatively unaffected prior to the pandemic. Likewise, in places like Weld County, where oil and gas make up the bulk of the county’s tax revenue, a residential tax cut may not pose much of a budget problem most years.

But in many rural communities, home values are stagnant. A Colorado Sun analysis of state property tax data found that 39 of the state’s 64 counties collected less property tax revenue in 2019 than they did during the Great Recession, even though statewide property tax collections are up 10% per capita in that same period. And, unlike Denver or Boulder, some places don’t have much of a commercial tax base to fall back on when their residential taxes get cut.

The effect of Gallagher on residential property taxes

Opponents of the repeal measure say Gallagher — whatever its flaws — has delivered on its central promise: providing relief from rising housing costs. Dennis Gallagher, its namesake sponsor, stands by the amendment.

Since 1982, the total savings for homeowners has been an eye-popping $35 billion. Last year alone, the Gallagher Amendment shaved $2.8 billion off residential tax bills. Renters, too, receive at least some financial benefits, to the extent that landlords pass on their tax obligations in the prices they charge.

Here again, regional disparities come into play. In places where home values are rising the fastest, homeowners may not see Gallagher cut their taxes, but it can limit how much they go up. Elsewhere, homeowners may see their tax bills literally drop from one year to the next, if the assessment rate drops while their home value stays the same.

If the measure is repealed, residential assessment rates would effectively be frozen in place, meaning no more 45-55 ratio and no more automatic cuts. And in a mirror image of the semantic fight over Proposition CC a year ago, the two sides are sparring over whether this constitutes a tax increase.

The ballot language tells voters that it will preserve funding for public services “without increasing taxes.” This is technically true, in that it won’t increase the tax rates that people pay. It will, however, prevent future tax cuts, resulting in higher annual tax bills for homeowners.

If Gallagher remains in place, the residential assessment rate is expected to decrease by 18% in 2021, which would rate as the second largest property tax cut in the state’s modern history.

Meanwhile, Gallagher is viewed by prominent business groups as an unmitigated disaster.

Because of how residential assessment rates have dropped, businesses now pay roughly four times the property tax rate that homeowners do. As a result, each time a community increases taxes, it falls that much harder on businesses.

But there’s more to the story. Thanks in large part to TABOR, local property tax rates are actually 5% lower on average today than they were when Gallagher was adopted, falling from 85.8 mills to 81.7 mills. Nonetheless, taxes have gone up significantly since the Great Recession, rising 17% from the 69.8 average mill levy in 2009.

MORE: Now that Colorado lawmakers have put Gallagher repeal on the ballot, will they actually be able to pass it?

And, unlike homeowners who received steady assessment rate cuts during that time, businesses got hit on two fronts: their mill levies went up, and their property values went up without any of the relief Gallagher provided to homeowners in the meantime.

What happens if Amendment B is approved

If Amendment B passes, the assessment rates for homeowners and businesses would automatically remain constant under a moratorium passed by lawmakers earlier this year.

That means no automatic tax cut for homeowners in 2021, and no additional budget cuts to local governments, aside from those caused by the economic fallout of the coronavirus. It also would spare the state government an estimated $247 million in school funding obligations that would shift to the state if local tax collections fall.

In the long term, the future of property taxation in Colorado is less clear. At the local government level, some critics of Gallagher worry that the legislative moratorium won’t last, and lawmakers will face political pressure to cut business taxes now that the assessment rates aren’t set by the constitution.

And Gallagher’s defenders say that without the amendment, rising home values will mean a fresh round of complaints from the public about rising property taxes. In the 2021 assessment, residential values are expected to go up 10% statewide — and even more in the state’s hottest housing markets. For a homeowner with a $300,000 house paying the average mill levy, a 10% increase in home value would raise their annual taxes by around $175.