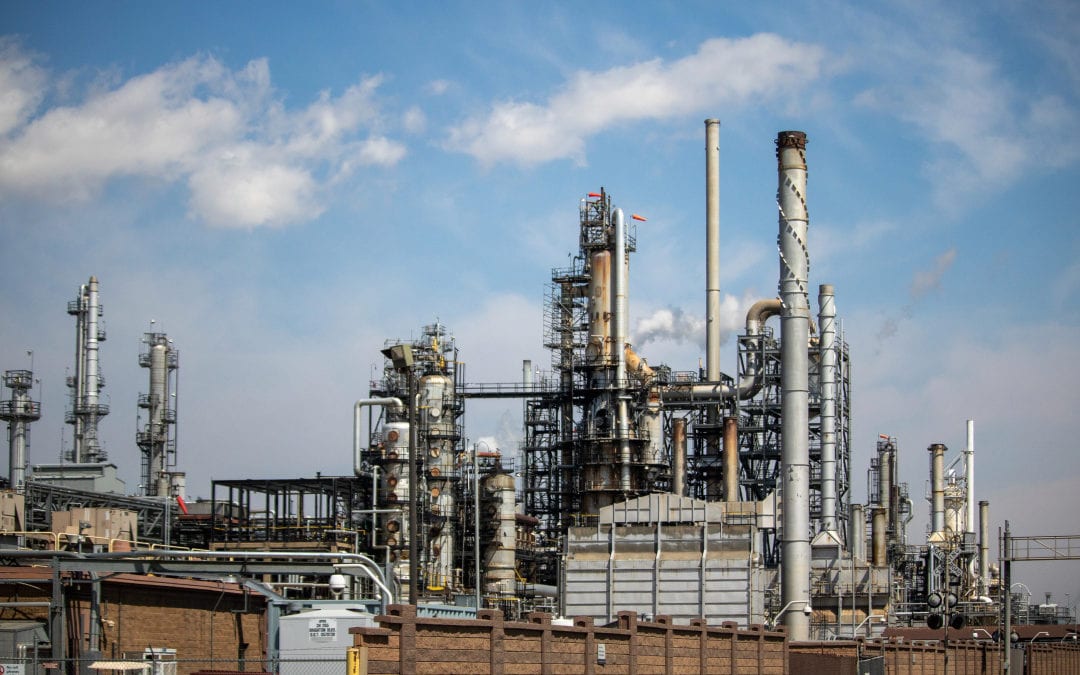 An ambitious proposal by environmental groups for a market-based cap and trade program delivering faster cuts to Colorado greenhouse gas emissions was rejected Friday afternoon by the state Air Quality Control Commission, which called it intriguing but too complex and expensive to execute now.

Commissioners voted 7 to 1 to reject a petition from the Environmental Defense Fund and allies to create rules for a cap and trade program covering all carbon dioxide emissions in the state, and hold public hearings by the end of this year. The commission is in the middle of a detailed two-year rulemaking process to require emissions cuts across multiple industries.

Environmental groups that favor a cap-and-trade system say Colorado is already falling well behind emission reduction targets codified in state law: Benchmarked against statewide emissions in 2005, the law says Colorado must cut greenhouse pollutants 26% by 2025, 50% in 2030 and 90% in 2050.

Ideas to reduce emissions proposed in Gov. Jared Polis’ January Greenhouse Gas Emissions Reduction Roadmap, even if fully implemented, will leave Colorado 30 million metric tons of CO2 short of the 2025 goal, from a current total of about 130 million metric tons. That “gap” grows to 109 million tons under 2050’s tight limits.

“When the building is on fire, someone has to be responsible for dousing the flames,” said Pam Kiely, EDF’s senior director of regulatory strategy.

Polis and the executive branch office that serves the commission, the Air Pollution Control Division of the Colorado Department of Public Health and Environment, had formally opposed the EDF petition for a cap-and-trade program.

“We do have different visions of how to achieve these goals,” APCD director Garry Kaufman said. He said the governor “has laid out a bold plan,” and state officials are “well on the way to carrying it out.”

Under the EDF proposal, backed by other prominent conservation groups, AQCC staff would identify overall, current Colorado CO2 emissions, and then set annual targets that decline on an arc that would reach the 2025, 2030 and 2050 limits in state law. Industries would be handed formal credits, or “allowances,” pegged at their current levels, and their allowances would shrink each year to reach the targets set by state law.

A cap-and-trade program would also target individual polluters in pursuit of climate justice for communities heavily impacted by historic pollution, by allowing company-specific limits underneath the broader umbrella. Environmental justice groups often point to high-pollutant operations like the Suncor refinery near the Globeville-Elyria-Swansea neighborhoods as the type of industry that should face the strictest new limits because they have affected neighbors’ health for generations.

The plan would have the state create an auction market for the allowances. A company that could not or did not want to spend money to reduce its CO2 pollution could buy credits at auction to meet their target. The individual high polluters spotlighted under climate justice efforts would not be able to meet their allowance through buying credits — they will be required to make the cuts themselves, in part to address neighbors’ concerns.

The state would create and hold an extra set of allowances as a bank that could buffer wild swings in the cost of carbon credits, releasing allowances into the market if prices became untenable for industry.

Stronger, swifter cuts to greenhouse gas emissions have the added benefit, advocates say, of also cutting localized pollutants such as PM10 particulate and ozone, which give lower-income neighborhoods higher asthma rates and produce health problems across Colorado, according to Denver and state reports.

Controlling CO2 across all industries with cap and trade is much better for business, the advocates said. Instead of the state dictating rules sector-by-sector, companies make their own decisions about when it’s cheaper to invest in pollution control and when it’s better to hit the auction. Technology may advance more quickly in automobiles, for example, than it does in home heating and hot water systems, and companies that get ahead in reductions can efficiently sell credits to others.

“The program is adaptable,” Kiely said. The state doesn’t need to claim the foresight for what technology will be best in 30 years, she said.

Before voting to reject the idea, the AQCC commissioners questioned whether they had the authority to create such a complex and potentially costly program from scratch, without new laws and accompanying funding passed by the state legislature.

“We can’t wave our hands for 50 new full-time equivalents” to build and run such a plan, said Commissioner Jana Milford, a professor of mechanical engineering and environmental engineering at the University of Colorado.

The advocates responded they believed AQCC has the authority to use existing state laws to create fees rather than fund it with a tax that would violate TABOR restrictions.

Commissioners praised the work done by EDF to imagine the program and back it with research, and many said they would like to continue exploring it. But, they said, there is not the time or the staff or the money to try it while facing two years of extensive rulemaking for other areas of pollution reduction.

“For me this is a ‘not now,’ not a ‘not-ever,’ ” said Commissioner Curtis Rueter, an executive with Noble Energy Inc. He called the proposal an “important contribution to the overall conversation.”
Commissioner Elise Jones, executive director of the nonprofit Southwest Energy Efficiency Project, said she was willing to let the proposal go “if we don’t let the conversation drop.”