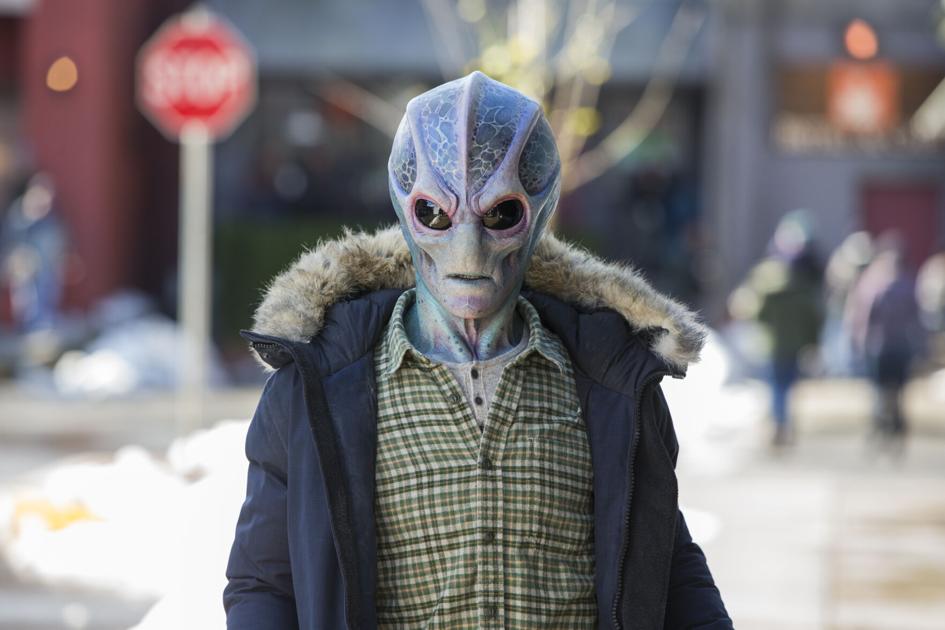 The premise: Harry Vanderspeigle (Alan Tudyk) is an alien scientist who has crash landed on Earth and disguises himself as a human doctor. He has a secret mission to kill all humans, but when Harry begins to assimilate into his new world he starts to wrestle with the moral dilemma of his clandestine operation.

The show is based on the Dark Horse comic series of the same name created by Peter Hogan and Steve Parkhouse.

Highs: Welcome to the fictional Colorado town of Patience. Nestled in the Rocky Mountains, this sleepy little oasis with a population of 1,000 is hours from any large city, making it a great place for a stranded alien to go unnoticed.

Months after his unexpected crash, Harry is still looking for pieces of his ship and the missing payload that will allow him to complete his mission. He also has to find the body of the man he killed before the lake he threw him in thaws out. It would be awfully awkward if some local fisherman found a man that looked exactly like the human whose identity Harry stole. Oh yeah, and he needs to find time to murder the mayor’s kid because he’s the only person who can see through his disguise. Harry has a lot on his plate.

A full schedule is just one of the reasons why Harry is initially reluctant to help the local sheriff when he’s asked to look into the death of the town physician. Harry also wants to avoid standing out. While he’s learned the English language and picked up a love of mysteries from watching countless episodes of “Law & Order,” a lack of familiarity with human customs can, at times, make him look like a weirdo. Being excited about conducting an autopsy, opening a casket during a funeral to smell the deceased and comparing the intelligence of a human to that of a lizard tends to make people scratch their heads.

Harry’s uncommon personality make him a fascinating character to watch. He’s odd, unintentionally funny, emotionally vacant and intellectually condescending. But he’s also curious and thoughtful. Harry is a complex character and the role is played brilliantly by Tudyk, an actor well-known by sci-fi fans.

The star, who many will recognize from “Firefly” and “A Knight’s Tale,” has plenty of experience playing characters who have trouble understanding humanity. He shined as the droid K-2SO in “Rogue One” and as the robot Sonny in “I, Robot.” Tudyk brings the same creative mindfulness from those memorable characters to Harry. It’s a stellar performance and arguably his best work to date.

Harry isn’t the only standout character in “Resident Alien.” Asta Twelvetrees (Sara Tomko) works at the town clinic and befriends Harry because she knows what it’s like to feel like an outsider. Sheriff Thompson (Corey Reynolds) is a no-nonsense law enforcement officer who has a gift for beat boxing. D’Arcy Bloom (Alice Wetterlund) might just be as odd as Harry. A charismatic bartender and former Olympic snowboarder, her goofy personality takes some of the spotlight away from her new alien friend. These characters, and several others, make the town of Patience a special place.

Lows: The “alien comes to destroy Earth and realizes humans aren’t that bad” trope has been played out in a variety of movies and TV series. Thankfully, “Resident Alien” manages to avoid most of this genre’s tired gags. However, there are rare occasions where the series can get a little too reflective on the decency of humanity and can feel a bit campy. This series pushes boundaries, so these moments feel out of place.

While “Resident Alien” focuses on a humorous alien this isn’t “Mork and Mindy 2.0.” At times, Harry can be genuinely frightening. The show perfectly balances all of its different elements, but keep in mind its content is for more mature audiences.

Grade: (A): This excellent sci-fi series, which cleverly blends comedy and drama with a murder mystery, is a blast. “Resident Alien” is laugh-out-loud funny, full of heart-felt moments and, much like Harry himself, surprisingly sincere. It’s the first must-watch show of 2021.